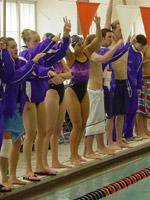 CLEMSON, SC – The Tiger men’s and women’s swimming and diving teams will play host to South Carolina on Thursday in the fifth One Clemson…Solid Orange event of the year for Clemson athletics. The meet will be held at McHugh Natatorium and is scheduled to begin at 3:00 p.m. The first 500 fans wearing orange to the meet will receive a free One Clemson…Solid Orange…It’s About Pride t-shirt.

The Tiger men’s team is 1-0 after opening the season with a 252-184 victory over Louisiana State. At the relay meet, the team took first place in 10 out of the 12 events that were contested. Buddy Reed led the men’s team, as he was a member of four winning relay teams on the day. Ryan Cassella, Mark Henly, Brent Hitchcock and Drew Scheerhorn were each members of three first-place relay teams. Eric Shulick won the one-meter diving competition while Caleb Bye took first place in the three-meter for Clemson.

The Clemson women’s team defeated LSU by a score of 290-200, winning 10 out of 12 events in the relay meet to open the season with a 1-0 record. Christine Anseeuw was a member of four first-place relay teams to lead the Tigers. Caroline Boden, Aurelie Gresset, Nicole Kroeger and Kim Routh won three relays apiece for Clemson.