Clemson, S.C.—The Clemson Women’s Golf team was one of 18 teams selected for the Auburn-regional at the Saugahatchee Country Club in Opelika, Ala. The 54-hole event will take place May 6-8 and the top six teams from each regional will advance to the NCAA National Championship to be played in Fayetteville, Arkansas, at The Blessings Golf Club, May 17-22.

The Clemson women are seeded seventh at the Auburn regional. This is the fourth consecutive year Clemson has been selected for the regional. Last year the Tigers finished in a tie for sixth at the Tallahassee Regional, but did not advance to the national tournament when the Tigers lost in a playoff with Wake Forest by a shot.

“We are excited to get the bid and are excited to go back to Auburn,” said Head Coach Kelley Hester. “We had the opportunity to play in Auburn’s event earlier this spring, so we know what we need to do to be prepared. The girls will have exams behind them and will be ready to compete!”

Clemson reached the National Tournament in 2017 after a fifth-place finish at the Athens, Georgia Regional and finish 20th nationally. The Tigers, ranked 29th in the latest Golfweek computer rankings, have played the 21st most difficult scheduled in the nation according Golfweek. The team’s 73.0 stroke average is on pace to be the best in school history.

Three Clemson golfers are ranked among the top 100 players in the nation, a first in school history. The Tigers have four top five team finishes this year, including a number-three finish against a national field at the Clemson Invitational.

Alice Hewson is the team leader with a 72.15 stroke average, on pace to be the second best in Clemson history. The senior from Great Britain holds 46 Clemson records, including career stroke average, rounds in the 60s and top 10 finishes. Two weeks ago Hewson finished 10th at the inaugural Augusta National Women’s Amateur and she is ranked 27th in the latest World Golf amateur Rankings.

Freshman Ivy Shepherd has the second best stroke average on the team at 72.58. She is one of only 10 freshmen nationally to record a score of 65 or lower. Ranked 70th in the nation according to Golfweek, Shepherd finished ninth in the first tournament of the year, the Mason Rudolph Invitational and fifth at the recent Clemson Invitational.

Ana Paula Valdes is third on the team in stroke average (72.71), but joins Hewson as tournament medalists this year. The native of Mexico won the Battle at the Beach in her home country last fall and finished second at Briar’s Creek. She recently had a 20th place at the ACC Tournament, best among Clemson golfers. Valdes ranks 10th in the nation in scoring on par three holes, and leads the team in rounds in the 60s with seven. 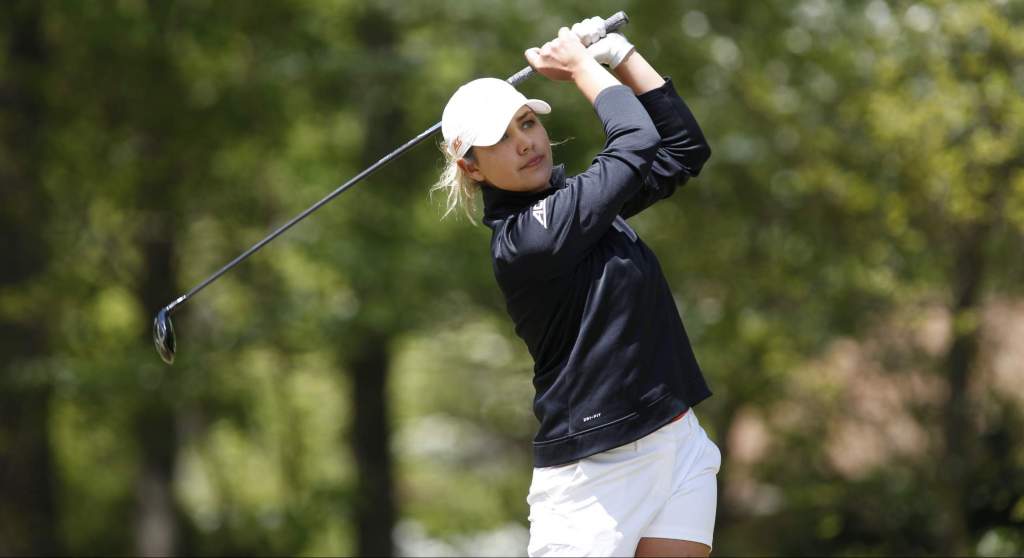