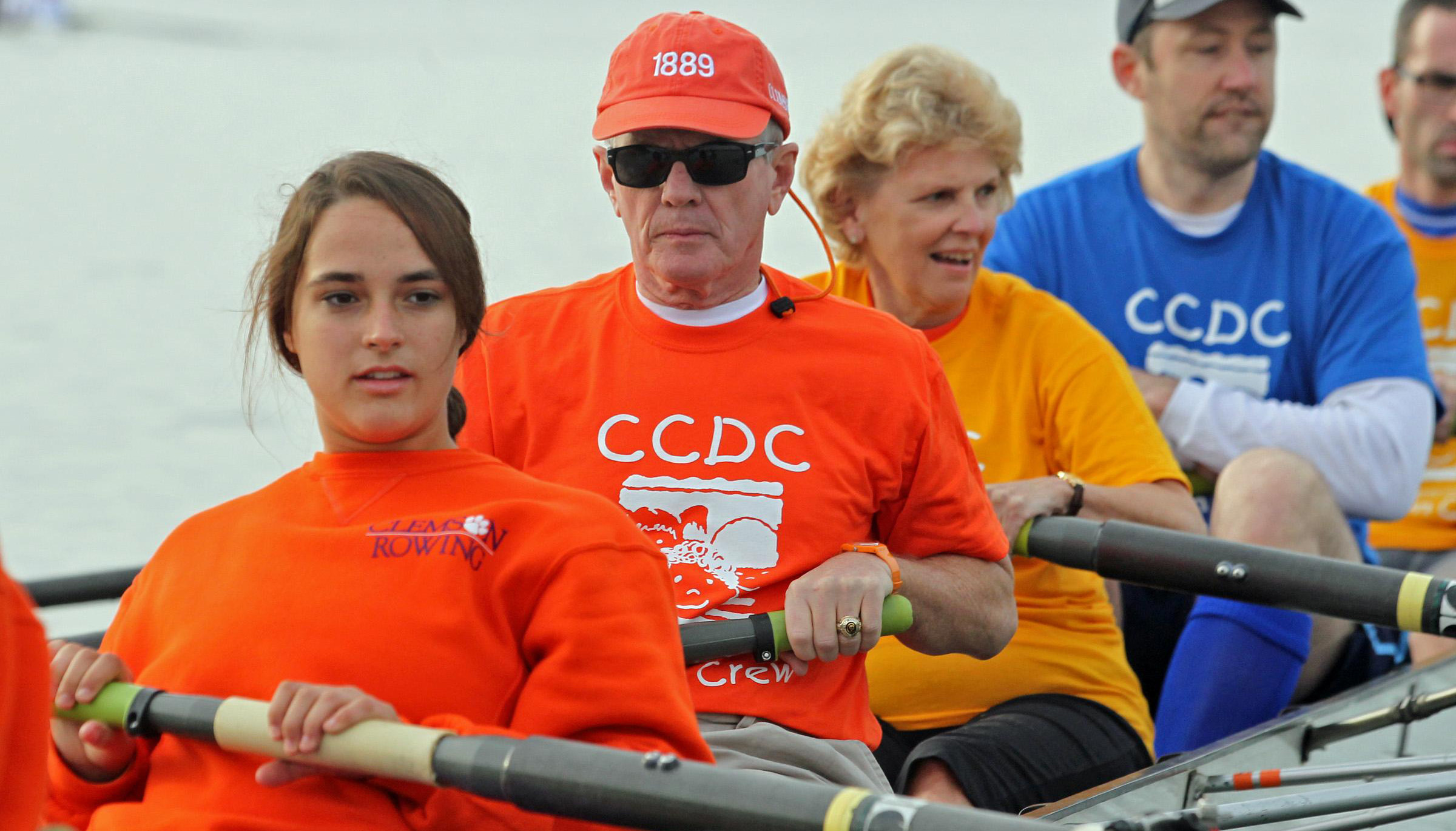 The Clemson rowing team participated in “National Make A Difference Day” by partnering with The City of Clemson for Community Learn to Row Day. Learn to Row Day was held on Lake Hartwell at Clemson’s boathouse on Saturday, October 27. The Tiger rowing team played an integral part in the success of this event by coordinating and teaching the many community members that attended.

Members of the community had the opportunity to learn the different techniques of rowing, row in the water and compete against other teams. Over 700 people attended the Learn to Row Day event, including President and Mrs. Barker, Mayor J.C. Cook and multiple amateur teams. The day concluded with a final race, the President’s Cup, which was won by Team Sertoma.