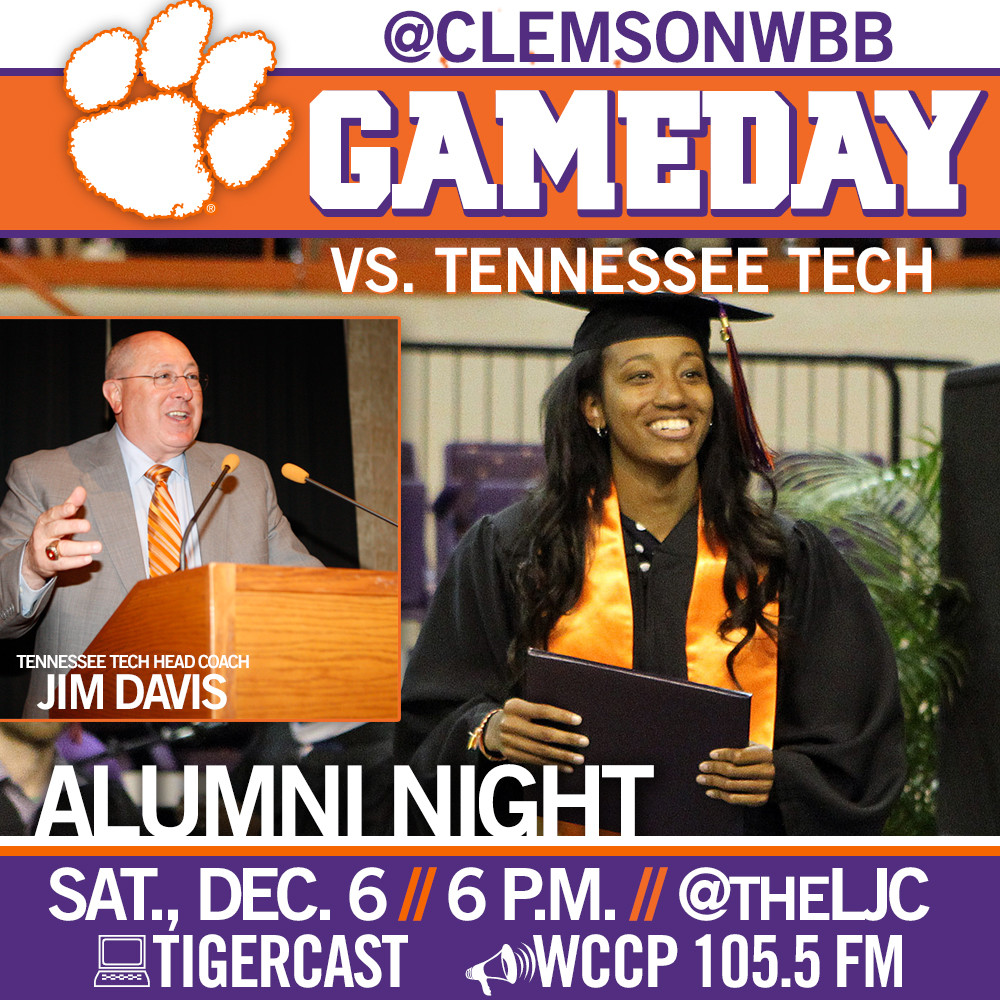 CLEMSON, S.C. – Jim Davis, a 2008 inductee into the Clemson Athletic Hall of Fame as a head coach, leads his Tennessee Tech (1-5) squad into Littlejohn to take on Audra Smith’s Clemson (3-5) club on Saturday night at 6 p.m. The game has been designated as Alumni night, with several former players planning to be in attendance.

Clemson is looking to snap its four-game skid, which includes three losses to teams who played in last season’s NCAA Tournament. So far, four of Clemson’s five losses meet that criterion.

The Tigers are 5-4 against Tennessee Tech all-time, but the programs have not met since 2006, a Clemson victory.

Davis coached the Clemson program for 18 seasons from 1987-2005, earning final rankings in 11 seasons and making an appearance in 14 NCAA Tournaments. Davis is still Clemson’s all-time winningest basketball coach, men or women, with a 355-197 record with the Tigers.

Notes (in 140 characters or less):Jim Davis, who coached Clemson from 1987-2005, leads the TTU programIt will be Davis’s first game coaching in Littlejohn since 2/24/05, a span of 9 years, 9 months, and 11 days, or 3,571 days. After 4 games away from home, Clemson plays its next six in LittlejohnClemson scored 79+ points in 3 of it first 4 games this season; The Tigers accomplished that just twice in 2013-14 in regulationOhio State’s 32-41 mark from the free throw line were the most by a Tiger opponent since 1998Clemson has drawn 13 charges this year, led by Davenport (5) and Dixon (4)Chelsea Lindsay had a career-best 16 points vs. Furman, hit 7-7 FTsNikki Dixon scored 25 points off the bench vs. Furman, the 5th-most in school history, then had 24 vs. Ohio StateClemson’s 29-point victory over UNCG was its largest in a season-opener since 1998, when the Tigers defeated UNCA, 93-26Clemson’s 28 points against Middle Tennessee were its fewest ever