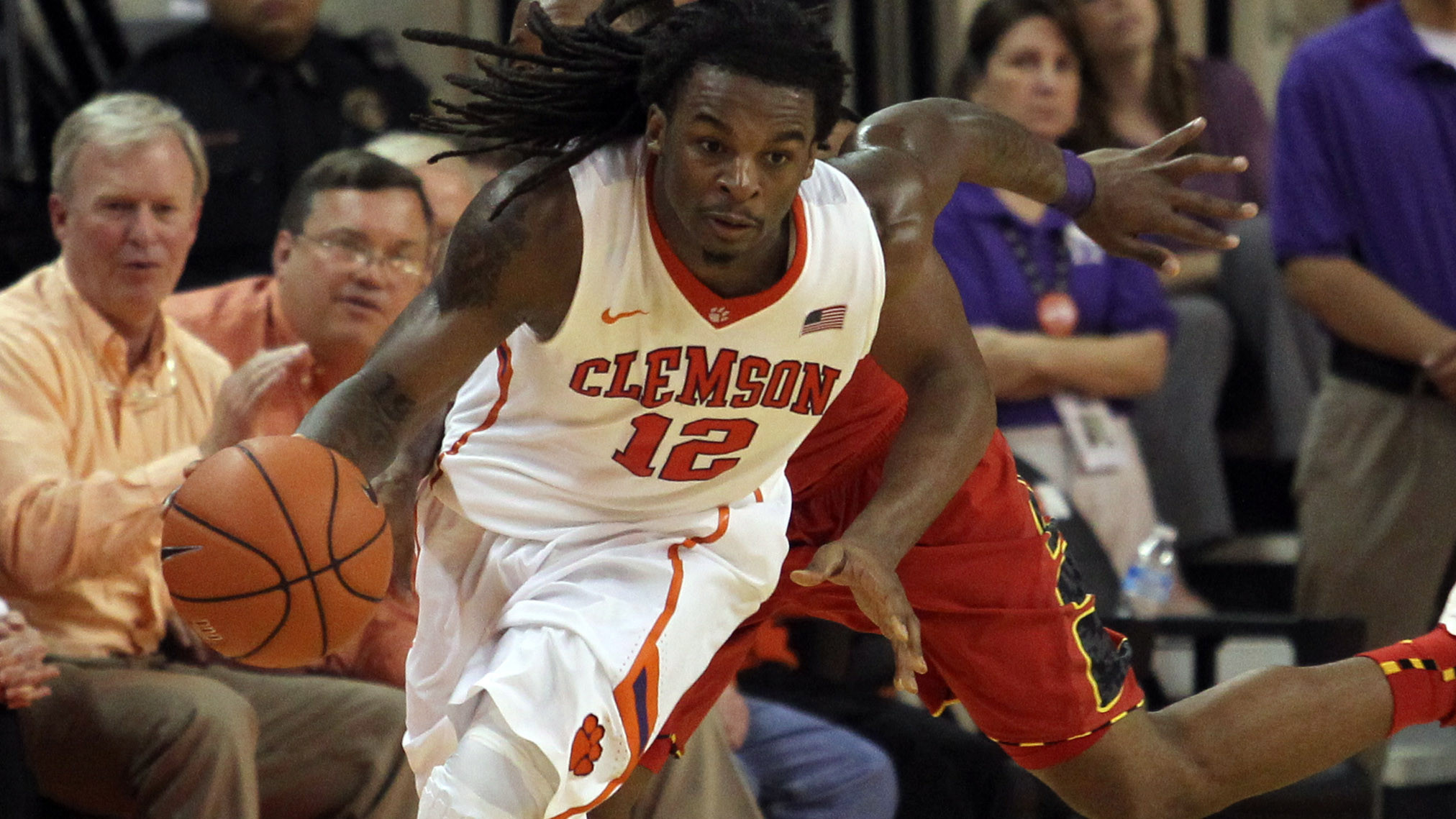 CLEMSON, SC – In a game that featured 13 lead changes and two overtimes, Clemson prevailed 77-73 over Maryland in the final scheduled meeting between the two as ACC foes Sunday in Littlejohn Coliseum. Clemson’s win was its ninth in the ACC this season and pushed the Tigers to 18-10 overall. Maryland fell to 15-14 and 7-9 in conference play.Clemson’s team achieved the ninth ACC win for only the ninth time in 61 seasons as a member of the conference. The Tigers managed the victory despite shooting 36 percent overall, 15 percent from three, and yielding 63 rebounds to the Terrapins. Clemson did protect the ball, however, with only nine turnovers in 50 minutes. The Tigers were 24-for-35 from the stripe.K.J. McDaniels posted his fifth “20 & 10” game of the season, finishing with 26 points and a career-high tying 14 rebounds. He also added six blocked shots. He was one of four Clemson players to score in double figures, including Rod Hall (16), Landry Nnoko (11) and Damarcus Harrison (10). Hall added seven rebounds and five assists, while Nnoko pulled down nine rebounds.Harrison hit the biggest shot of the game for Clemson. With the Tigers trailing 71-70 in the second overtime, he received a pass on the wing and promptly swished a three-pointer to give Clemson a three-point edge. The Tigers responded with McDaniels’ sixth block, and a Charles Mitchell turnover and foul put Clemson ahead by three on Harrison’s free throw.The Tigers have a quick turnaround for their next game, an 8 p.m. Tuesday tilt against Miami at Littlejohn Coliseum. The game is set to be televised by the ACC Network.