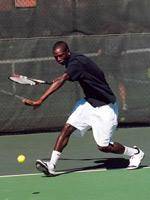 Clemson, SC — The Clemson men’s tennis team will travel to the West Coast this weekend as it plays away dual matches at No. 72 University of California-Irvine and UCLA, who is ranked seventh in the nation according to the latest Intercollegiate Tennis Association ranking.

The Tigers are off to a 2-0 record after opening the season last weekend with a pair of victories over The Citadel and College of Charleston, dropping only one individual match-up in the two contests. Clemson is ranked 26th in the ITA national poll.

UC-Irvine is currently ranked 72nd in the nation and is 0-1 in the season after falling to UCLA in its first match 7-0. The Anteaters feature the No. 6 ranked doubles pair in senior Jonathan Endrikat and junior Brian Morton. This will mark the first ever meeting between the two schools.

The UCLA Bruins enter the match with a 1-0 record and a No. 6 ranking in the ITA National Poll. UCLA defeated UC-Irvine 7-0 in its first match of the season, and will face Fresno State this afternoon. UCLA will showcase two doubles pairs ranked in the Top 50 and four Top 100 singles players as it enters the match not having lost a set in its first dual match. Senior Tobias Clemens leads the Bruins as he is ranked 12th in the nation in singles action and junior Chris Lam who owns a No. 18 national ranking. Together the two are seeded as the No. 23 doubles team in the ITA poll.