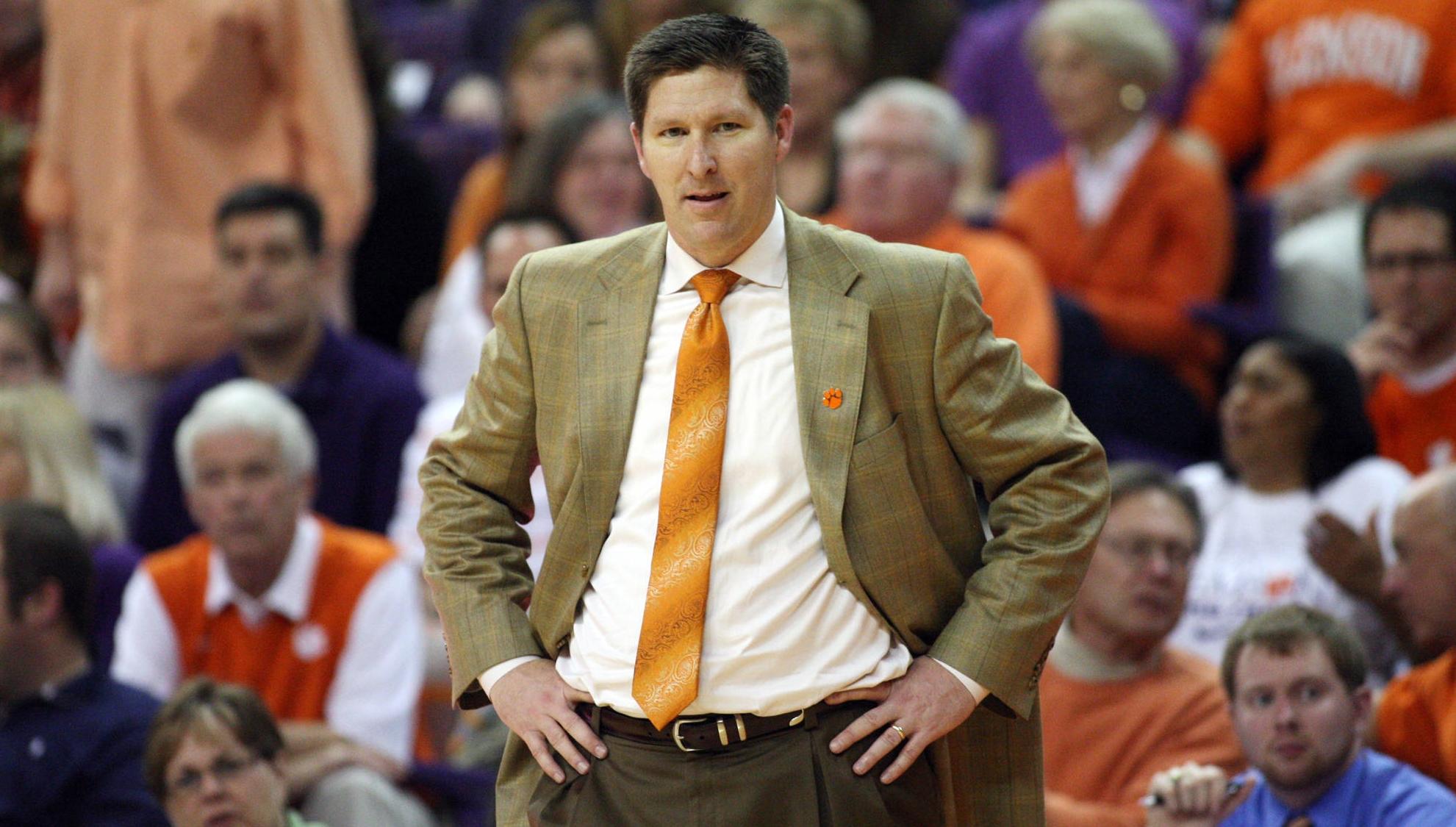 CLEMSON, SC – The Clemson men’s basketball team will officially open up the 2012-13 season with a two and a half hour practice on Friday at 5:00 PM in Littlejohn Coliseum. Both the men’s and women’s teams will combine to host the annual basketball tipoff event, Rock the ‘John, on Friday, Oct. 19 at 8:00 PM. Friday’s practice is the first of seven over the next five days.”We start Friday and go through Tuesday, before taking Wednesday off for ACC media day,” said Brad Brownell, who begins his third season as Clemson’s head coach. “A couple of those days we have two practices because of fall break. On Saturday, we have our coaches clinic. We’ll have 125 coaches on campus, which is always good for promoting our program.”Brownell is 38-27 in two seasons at Clemson, advancing the Tigers to the NCAA Tournament in 2010-11 before coaching the 2011-12 squad to a 16-15 overall record, 8-8 in the ACC. For the second straight season, Brownell and his staff must replace its top two scorers from the previous season. Veteran guards Tanner Smith and Andre Young both moved on to professional careers in Europe, while two other seniors, Catalin Baciu and Bryan Narcisse, also graduated.Eight lettermen return from last year’s team, including seniors Devin Booker and Milton Jennings. The only two players on the roster with NCAA Tournament experience, Booker is the team’s leading returning scorer (10.5 ppg) and rebounder (7.0 rpg). Jennings averaged 9.7 points per game a season ago in 23 starts.Behind Booker and Jennings, Clemson has 12 first- and second-year players on its roster – the most since freshman became eligible in 1972-73.”I want us to play with very good pace, so we’ll be keeping things simple at first,” Brownell said. “We need to try and play faster without turning the ball over, but it will be a challenge with younger guards. Defensively, we will try and get after people. We’ve done some defensive shell work in our 40-minute team workouts, but now we’ll start putting things together by emphasizing proper technique and playing with good energy.”Another specific thing we look for when we start practice is to get guys to talk. Communication is not as strong when you’re young. Defensively, our communication has to be great.”Seven sophomores will be on the roster in 2012-13, including BYU transfer Damarcus Harrison. His waiver for immediate eligibility was approved on Sept. 27, and he will be in the mix for playing time on the wing. Harrison scored 12 in an NCAA Tournament win over Iona last season. Of the returning scholarship sophomores, K.J. McDaniels is the leading returning scorer (3.9 ppg) and Rod Hall averaged the most playing time (16.7 mpg). Devin Coleman, who led the Tigers in scoring in the ACC Tournament last season against Virginia Tech, is expected to miss 6-8 months due to a torn Achilles.Brownell and his staff welcome five freshmen in 2012-13. Adonis Filer (Chicago, IL) and Jordan Roper (Columbia, SC) will compete with Hall for time at the point guard position. Josh Smith (Charlotte, NC) and Landry Nnoko (Yaounde, Cameroon) will provide depth in the frontcourt behind Booker and Jennings. The fifth freshman, Jaron Blossomgame (Alpharetta, GA) has been limited in individual workouts this fall due to a broken leg suffered in April. He is expected to participate in non-contact drills through the first set of practices.Clemson will play an exhibition game against Lander on Monday, Nov. 5. The regular season officially opens the following Monday, Nov. 12 at home against Presbyterian College. Tickets are available online at ClemsonTigers.com or by calling 1-800-CLEMSON.