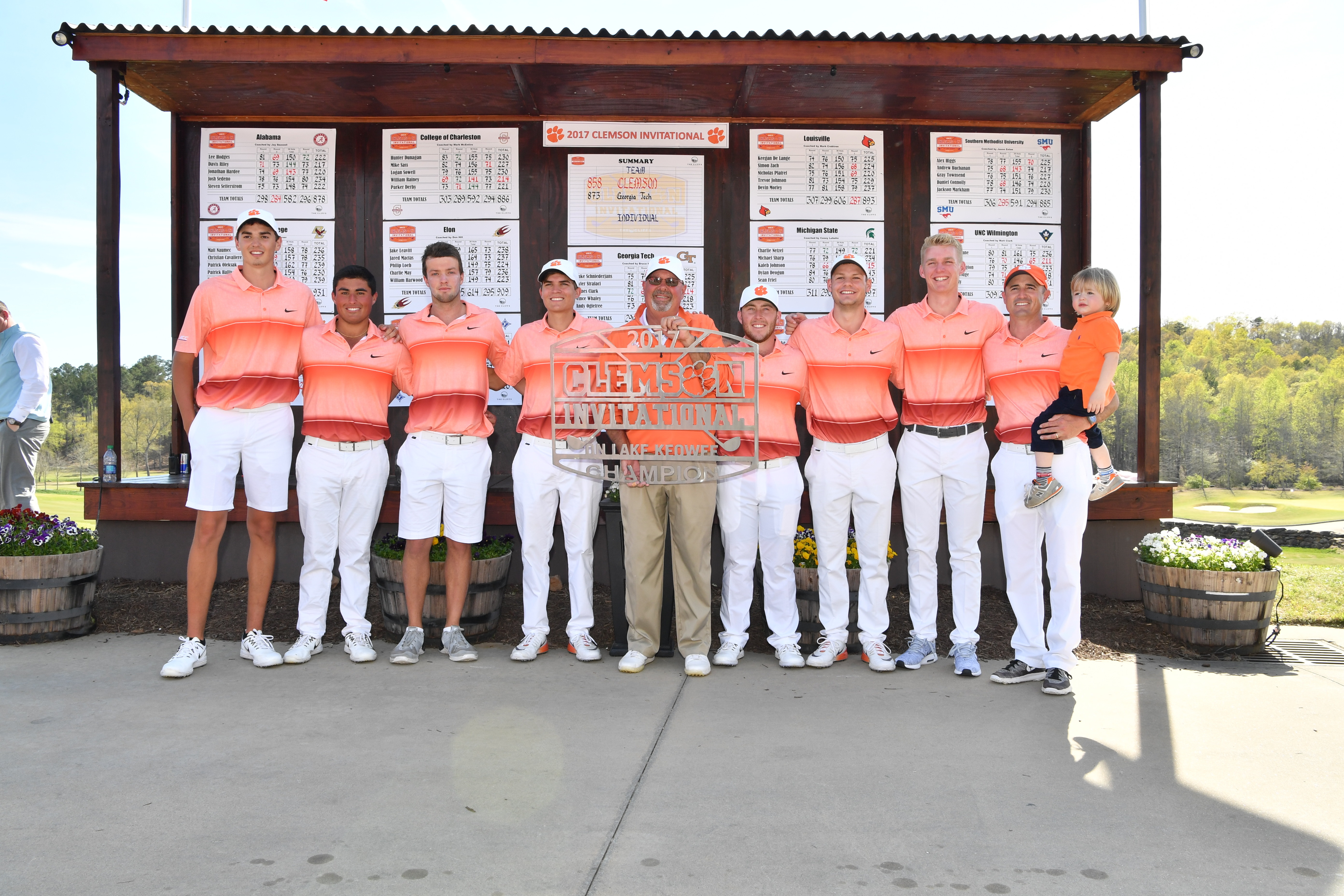 The victory was the fifth consecutive tournament championship for Larry Penley’s Tigers, extending the school record for consecutive wins. It was also a record tying sixth tournament victory for Clemson this season, tying the mark of six set by Clemson’s 2003 National Championship team. Penley now has 74 career wins, second on the all-time ACC list behind former Wake Forest Coach Jesse Haddock, who had 83.

Clemson finished first with an 858 team score after a four-under-par 284 on Sunday.   Georgia Tech was second for the second year in a row with an 873 team score. Alabama finished third at 878 and SMU was fourth at 885.

Patrick Cover of UNC Wilmington won the tournament’s medalist honors with a 211 score after firing a tournament record and course record 65 on Sunday. Cover was in 16th place entering the final round, but played the final 11 holes in six under par to win by two shots.

Seniors Carson Young and Austin Langdale, sophomore Bryson Nimmer and freshman Doc Redman all had scores of one under par 71 on Sunday. All four players finished just four shots apart in the final standings and all were in the final top 10.

Young was the top Tiger for the tournament with a 213 score, three under par. He finished second this week after gaining his first college win in his previous tournament at the Furman Invitational. He was just two shots short of being the first Clemson golfer to win consecutive tournaments in 15 years.   His top round of the tournament was a second round 69. That was his 100th career round as a Clemson golfer.

Langdale finished third with a 214 score after scoring 72-71-71 for his three rounds in the 54-hole event. Langdale made birdies on the 13th, 14th and 16th holes coming down the stretch.

Nimmer battled back from an opening round 76 and a no. 22 standing after the first round to finish in eighth place. He had three birdies and two bogeys to finish with his 71.

Clemson actually had six players finish in the top 15.   Josh Fickes played as an individual and finished with a 218 score for the 54 holes, good enough for 11th place, while Peter Mathison had a 219, good enough for 14th place.

Clemson returns to action at the Wolfpack Spring Open in Raleigh, N.C. on Friday.

The Cliffs at Keowee Falls