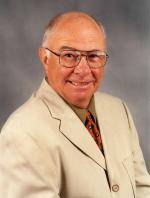 Clemson, SC-Jim Phillips, the legendary voice of the Clemson Tigers for 36 years, died early Tuesday morning of an aneurysm of the aorta. He was 69 years old.

Phillips was rushed to Greenville Memorial Hospital Monday evening. Surgeons performed seven hours of surgery before he passed away at 4:00 AM. Phillips had broadcast the Clemson vs. Furman game just two days prior to his death.

The dean of all broadcasters in the ACC, Phillips came to Clemson in 1968 and broadcast his first Tiger football game on September 21, 1968, a 20-20 tie between Clemson and Wake Forest. The Clemson vs. Georgia game of August 30, 2003 was his 400th Clemson football broadcast.

At 69-years-old, he was the only ACC play-by-play announcer to broadcast his school’s football, basketball, baseball and women’s basketball games. Over his career he broadcast over 2,000 Clemson sporting events.

Phillips was inducted into the Clemson Athletic Hall of Fame in 1992 and attended the Hall of Fame induction banquet this past Friday evening. In 1998 he received the Skeeter Francis Award from the Atlantic Coast Conference Sportwriters Association for his contributions to ACC athletics. He was the first radio personality to receive the award.

Born in Youngstown, OH on April 23, 1934, Phillips attending Ashland College in Ohio. He began his broadcasting career in 1953 at WATG Radio in Ashland, OH as a staff announcer. He worked for three more stations in the Buckeye State before becoming the voice of Kent State athletics in 1966. He was then hired by Frank Howard in the summer of 1968.

Funeral arrangements will be announced at a later date.