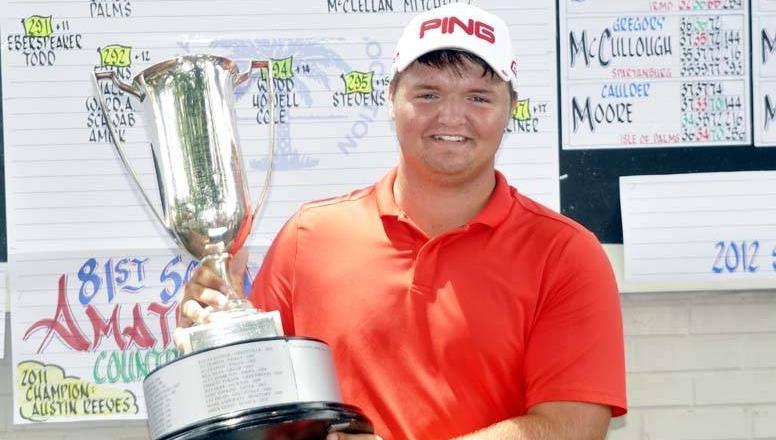 Clemson Improves to 6th at US Collegiate

Freshman Blake Kennedy and sophomore Billy Kennerly both had rounds of one-under-par to lead Clemson to a 289 team score in the second round of the US Collegiate at the Golf Club of Georgia in Alpharetta.  The Tigers are in sixth place after two rounds, a four-place improvement over Clemson’s first round.

Clemson’s second round team score of 289 was second best in he 15-team field that includes 11 top 25 teams.  Only UCLA and its round of five under par 283 was better than Clemson on Saturday.

Kennedy’s round of 71 included five birdies over the last 12 holes.  He stands in a tie for 28th place after two rounds with a 149 score.  Kennerly showed an improvement of 10 strokes over his first round 81 and was his best round of the year and his first score under par.

Crawford Reeves was Clemson’s fourth best player on Saturday with a 74 and he is now at 151 for the 36 holes.  Miller Capps had a 75, but he is tied for Clemson’s second best golfer through 36 holes with a 149 score.

UCLA has the team lead heading into the last round with a 580 score, 10 shots ahead of Clemson.