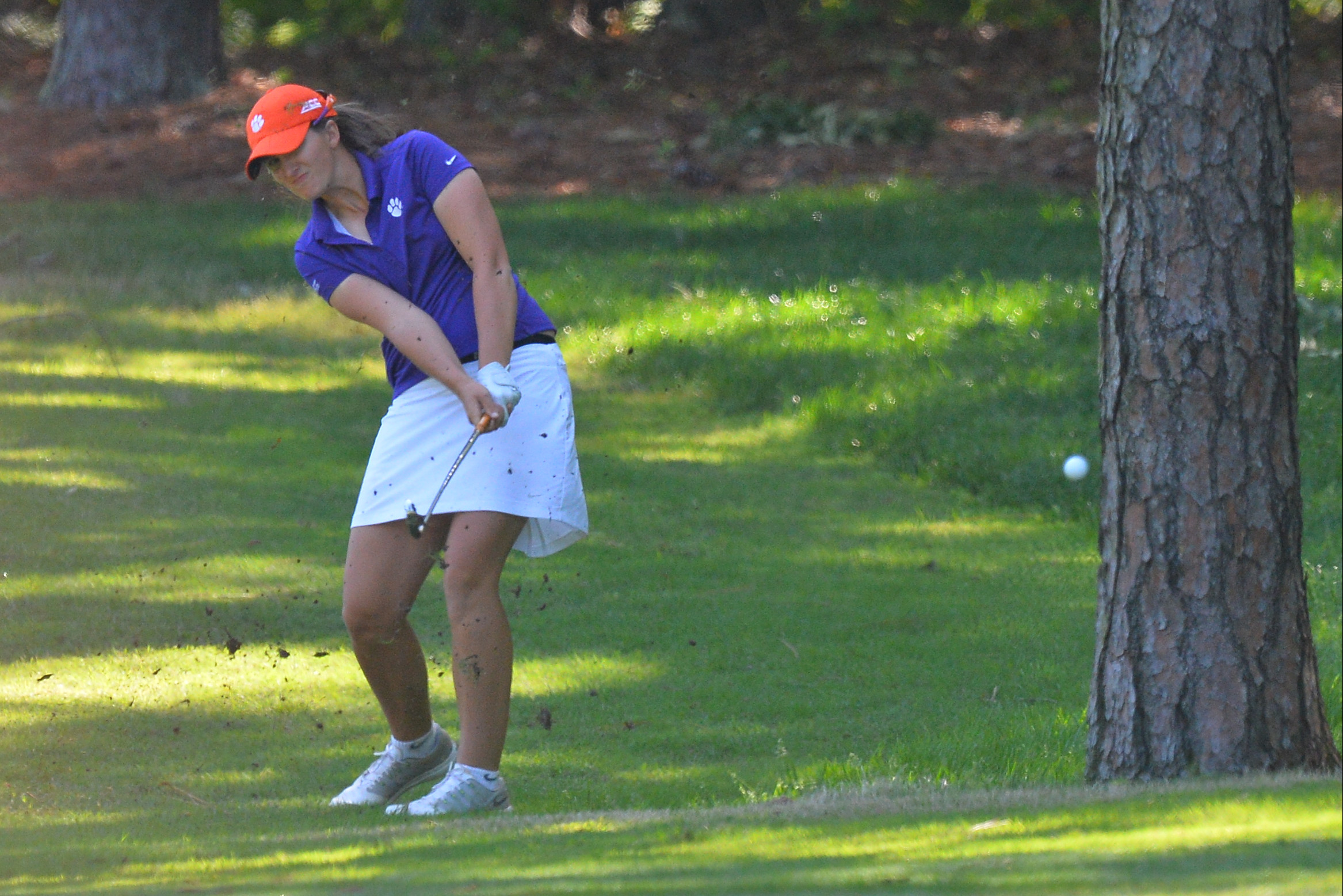 Clemson, S.C.—Senior Sydney Legacy will return to the Clemson lineup this weekend when the Clemson women’s golf team competes in the Landmark Tradition in Wilmington, N.C.   The 15-team tournament that will run from Friday, October 27 through Sunday, October 29 will close the fall schedule for Kelly Hester’s Tigers.

Legacy has missed the first three tournaments of the year as she recovered from off-season shoulder surgery.     The senior from Lexington, S.C. was a starter on Clemson’s 2016-17 team that finished 20th in the nation and she is a veteran of 16 tournaments and 48 rounds in her previous two seasons with the Clemson program.

Leading Clemson this weekend is junior Alice Hewson. Ranked 17th in the nation by Golfstat and 23rd by Golfweek, Hewson has a 70.33 stroke average so far this year and has finished in the top 10 in three consecutive events. She has four rounds in the 60s and six of her nine rounds have been under par. The native of the United Kingdom is 15th in the nation in scoring average and eighth in par four scoring (3.92).

No. 2 player Ana Paula Valdes has a 72.00 stroke average and is also ranked in the top 75 nationally. The sophomore from Mexico is No. 73 according to Golfstat and No. 74 by Golfweek.   Valdes has five under-par scoring rounds in her nine rounds so far this year.

Ashley Czarnecki is one of the most improved players on the Clemson team with a 75.33 stroke average for her nine rounds.   She has scored 75 or better in seven of her nine rounds

Senior Marisa Messana also will be in the lineup and has a 75.63 stroke average so far this year. She had a season best 39th place finish at the Betsy Rawls at the University of Texas in Clemson’s most recent event.