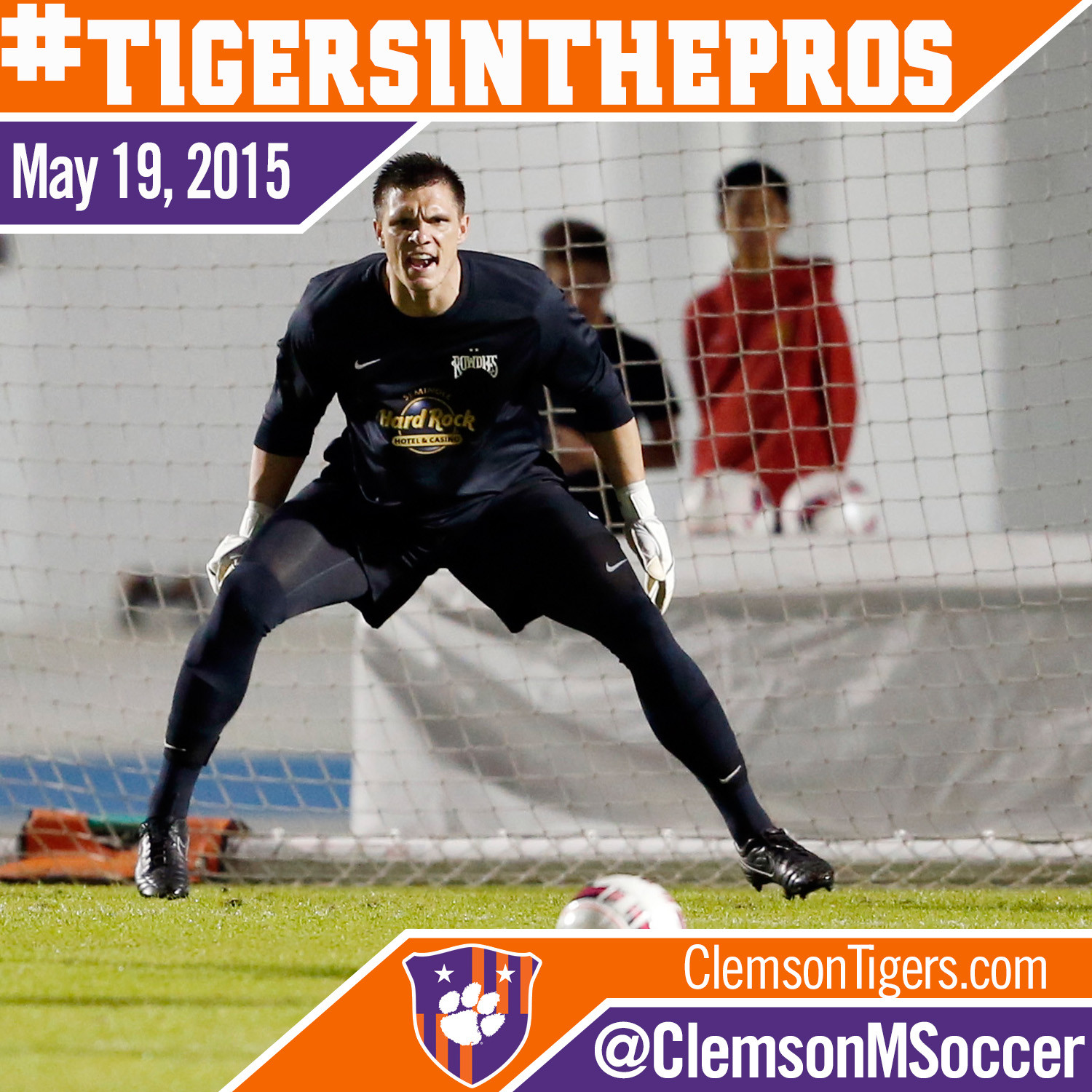 Clemson has turned into a hotspot for goalkeeping prospects in recent years. Two former Tiger goalkeepers saw extensive professional action this week, and another signed a professional contract today. Read about them, and more, in this week’s Tigers In The Pros.

Chris Glodack, a member of last season’s ACC Tournament championship team, was dressed for the fourth straight game for the Tampa Bay Rowdies this weekend. The Rowdies, who signed Glodack following a tryout at an invite-only combine in January, won 1-0 vs. the Fort Lauderdale Strikers.

Hunter Gilstrap, another former Clemson goalkeeper, started for the Carolina Railhawks in a 2-2 draw with the New York Cosmos on Saturday. Gilstrap has now started every match for the Railhawks this season.

Joe Bendik, another former Clemson goalkeeper turned professional, is with Toronto FC of MLS this season. He leads the team with 25 saves. He has started 69 career MLS matches in four seasons.

I’m exited to announce that I have signed with Fram Football Club for the 2015 Icelandic and European season. http://t.co/UOkbuuxaeM

In non-goalkeeper related news, Phanuel Kavita, last season’s team captain, started and played a full 90 minutes along the back line for the Real Monarchs, an affiliate of Real Salt Lake of MLS. The match ended in a 1-1 draw, and Kavita’s play in back helped repel an aggressive Portland Timbers 2 attack.

Manolo Sanchez, who has spent much of the season with the New York Red Bulls II after being drafted by the team 79th overall in January, started in a 1-1 draw with the visiting Charleston Battery on Saturday. Austin Savage, a former Tiger playing with the Battery this season, did not see action. Sanchez is another member of last season’s tournament championship team.

Dane Richards, another former Tiger in the New York Red Bulls organization, played 32 minutes as a second half substitute on NYRB’s 0-0 draw with FC Dallas on Saturday. Richards has now seen action in nine games this season.