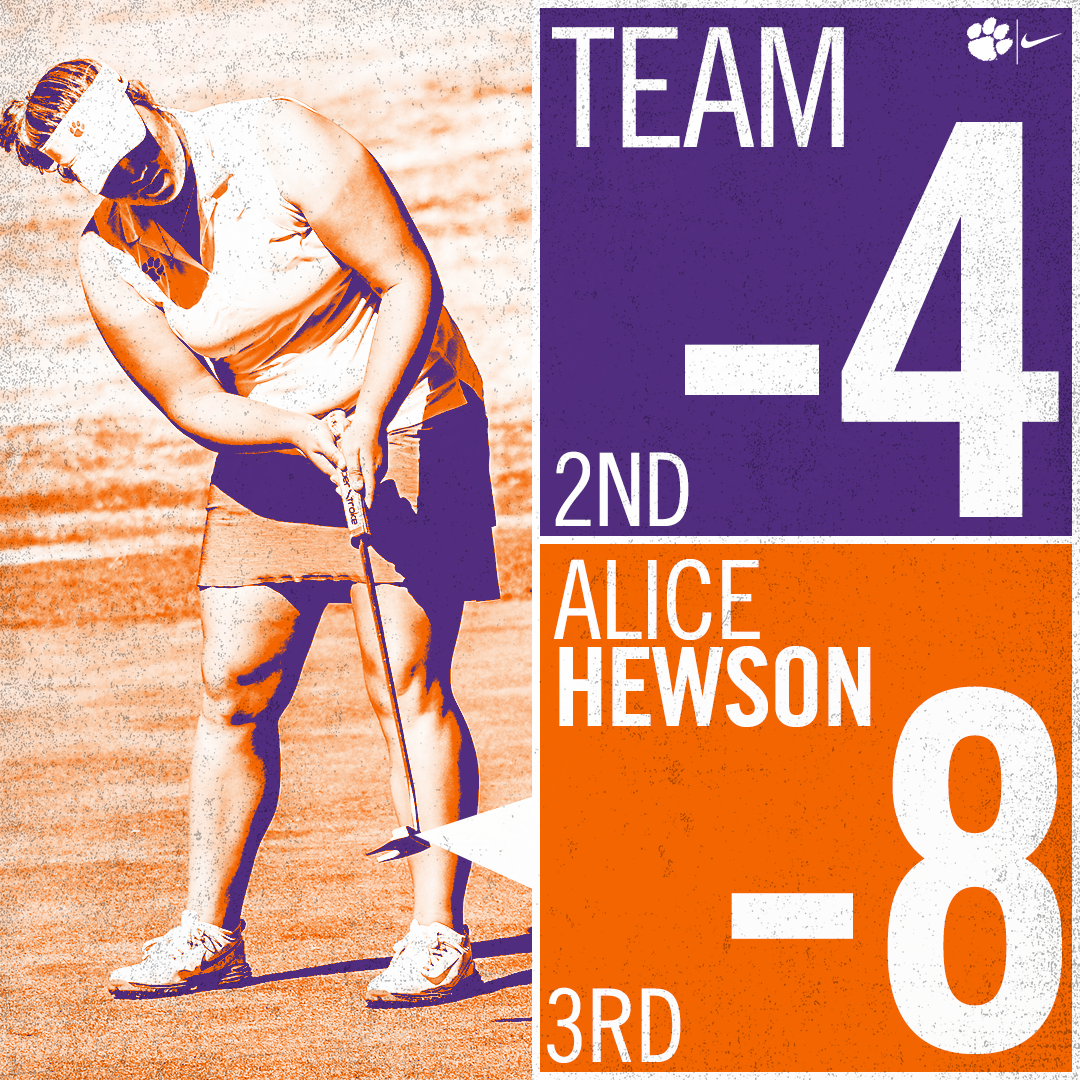 Clemson, S.C.—Alice Hewson tied her own Clemson record for low round with a 65 and sophomore Ana Paula Valdes shot a career best 67 to lead Clemson to a second-place finish at the Schooner Fall Classic at Belmar Golf Club at the University of Oklahoma on Monday.   Clemson finished with an 848 team score, the lowest 54 hole score in Clemson history.

The second-place finished marked the fifth time Clemson had been runnerup at a tournament. Clemson won the UCF Challenge in Orlando, Fla., last year for its best team finish in history.

Third-ranked Alabama won the event with an 831 score, 21-strokes under par. Clemson was second at four-under 848, one shot ahead of the University of Florida and three shots in front of Texas.   Florida State was fifth at 853 and Oklahoma and Notre Dame were tied for sixth at 854.

Many school records and personal bests were established by Kelley Hester’s program that is in its fifth year, just its second under Hester. Clemson’s 277 team score on Monday was the best in school history by four shots.   The seven-under par score tied for the most strokes under par in school history.

Hewson’s 65 equaled her 65 at the Cougar Classic two seasons ago. Her seven birdies in the round also tied her own school standard. She had nine-hole scores of 35-30, and the 30 on the back nine was the lowest in school history by an individual.

Valdes score of 67 was her career best and her 207 total was six shots better than her career best score for 54 holes, which she had shot in the first tournament of the year.

Hewson finished third overall, while Valdes finished fourth. It was the first time Clemson had two players finish in the top four in the same tournament since the second tournament in school history back in the fall of 2013. That fall Ashlan Ramsey finished first and Sloan Shanahan finished third at the Furman Invitational in Greenville.

Kennedy Swann was a big contributor to Clemson’s record setting performance with a second consecutive 69 on the par 71 course.   It marked the second consecutive round that Swann had scored in the 60s, a first for her Clemson career. She finished with a 219 total, tied for 41st individually.