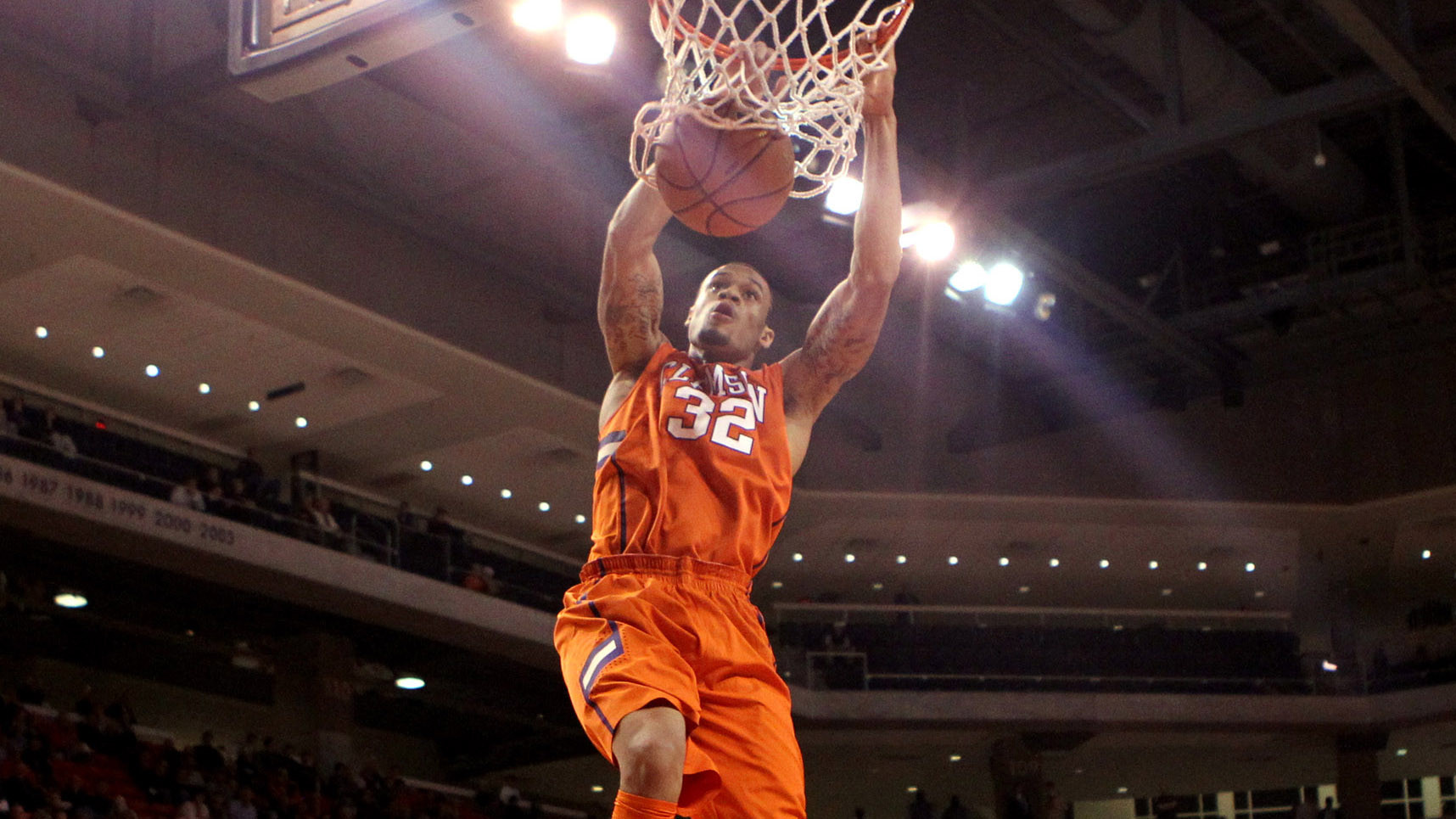 AUBURN, AL – Clemson led by three late in the second half but scored just one field goal in the final five minutes as Auburn seized control and earned a 66-64 victory on Thursday at Auburn Arena. With the win, the SEC Tigers moved to 5-3 on the season and the ACC Tigers fell to 8-3 overall. Clemson breaks for the holidays for 10 days before returning to action on Dec. 30 against VMI.

Clemson shook off an early 11-point deficit and turned it into a nine-point lead only to see it slip away in the final minutes. The Tigers struggled defensively in the opening half, as Auburn shot 56 percent in the first 20 minutes on its way to a 34-point burst. Auburn ended the game shooting 47 percent, while Clemson shot 44 percent. Auburn owned a +3 advantage on the glass as well.

K.J. McDaniels led the Tigers once again with 18 points, just above his average. McDaniels made 7-of-14 shots in the game and added seven rebounds and two blocks. Rod Hall added 16 and made 8-of-10 at the free throw line, while Jordan Roper produced 12 off the bench. Auburn was led by its top two scorers, Chris Denson (19) and KT Harrell (14).

Auburn scored the first eight points of the game as Clemson missed its first five shots from the field. Auburn stretched the lead to as much as 11 points on a Harrell three that made it 17-6 just 6:42 into the game. Clemson chipped away at the deficit and eventually knotted the game at 24 on a runaway steal and layup by Hall.

The junior floor leader picked a perfect time to show off his improved shooting range. After Auburn went in front by four again, Hall sandwiched back-to-back threes from the top of the key to tie the game heading into the halftime break at 34 apiece.

Clemson took its first lead on a pair of free throws in the opening minute of the second frame by center Landry Nnoko. The Tigers scored the first seven points out of halftime and led 41-34. But Auburn would not go away. A drive and free throw by Malcolm Canada pulled the SEC Tigers within a pair at 46-44. Denson later tied it at 48 apiece on a drive, and then gave Auburn a two-point lead the next time down the court with 8:07 remaining.

With the lead wavering back and forth, Clemson took a three-point edge on a long jumper by Roper and called timeout. Auburn responded with a bucket of its own to cut it to 56-55 at the under-four timeout. The SEC Tigers tied it at 60 apiece with two to play on a floater by Denson. Clemson had a chance to answer, but was guilty of a charge. Harrell then hit the go-ahead basket on the other end, as Auburn never trailed in the final 2:15.

Clemson’s game against VMI on Monday, Dec. 30 will tip off at 7 p.m. from Littlejohn Coliseum.