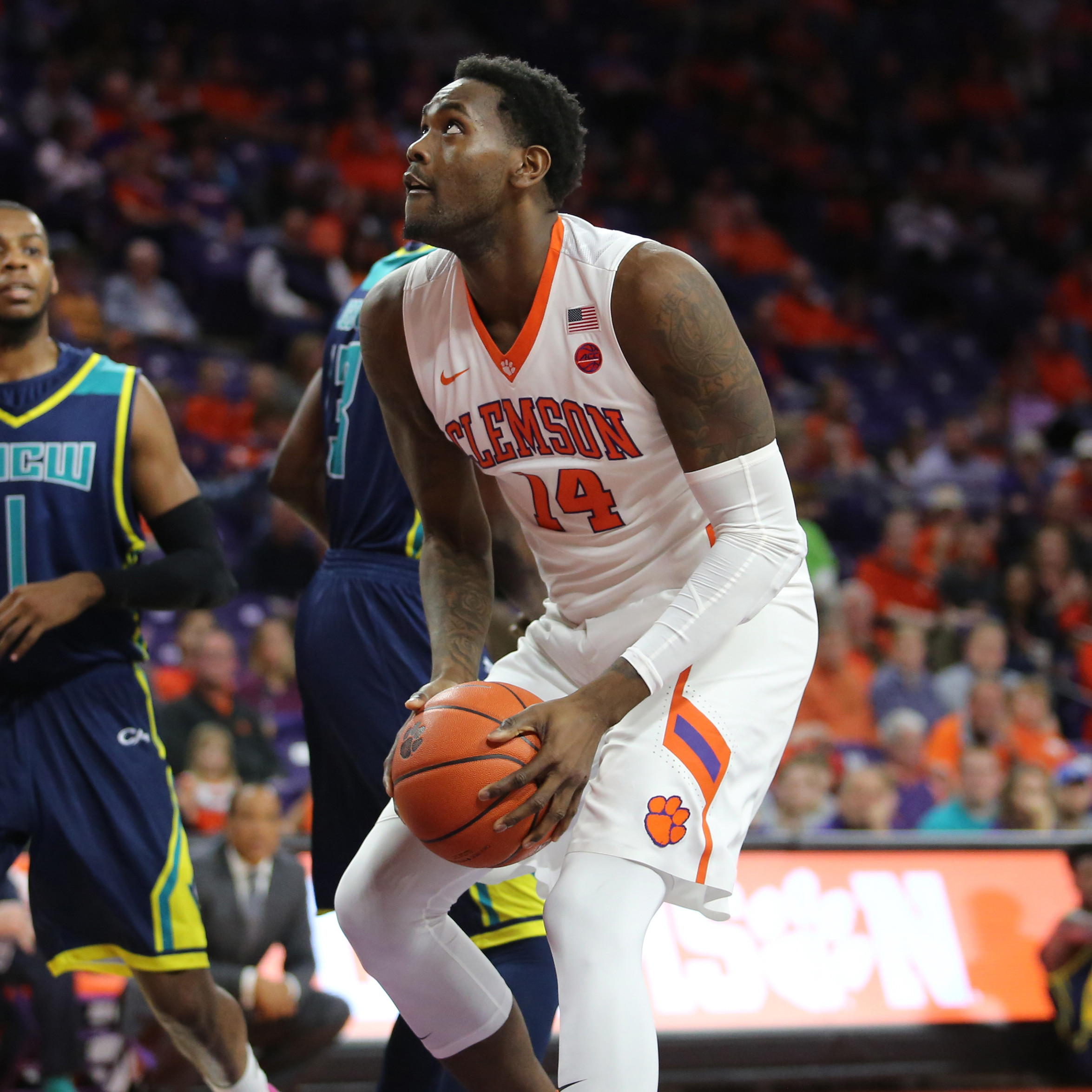 CORAL GABLES, Fla. — Elijah Thomas had a double-double to lead four players in double figures, but it was not enough Saturday against a Miami team that prevailed 71-65 at home. The Hurricanes improved to 18-8 on the season, 8-6 in the ACC. The Tigers dropped to 14-12 overall, 4-10 in league play.

Both teams came out on fire from the floor, hitting nearly every shot over the opening eight minutes of play. With the game tied at 27, Miami scored the next four points after Mitchell was whistled for his second foul of the half. He sat for most of the final eight minutes. But both teams went cold finally, with Miami missing 10 of 12 and Clemson seven out of eight. But the one that did go in drew the Tigers within two at intermission, 35-33, a stepback jumper in the lane by Blossomgame.

Miami was much more efficient out of halftime, scoring eight quick points to force a timeout by Brad Brownell. Blossomgame cranked up the scoring, and his second stepback jumper of the game brought Clemson within two at 48-46. But Davon Reed answered with a big three and Anthony Lawrence Jr. followed with a steal and layup to make the advantage seven again. Clemson could not get any closer than one the rest of the game.

The Tigers finish out their regular season road slate on Tuesday at Virginia Tech. Tipoff is scheduled for 7 p.m. from Cassell Coliseum.