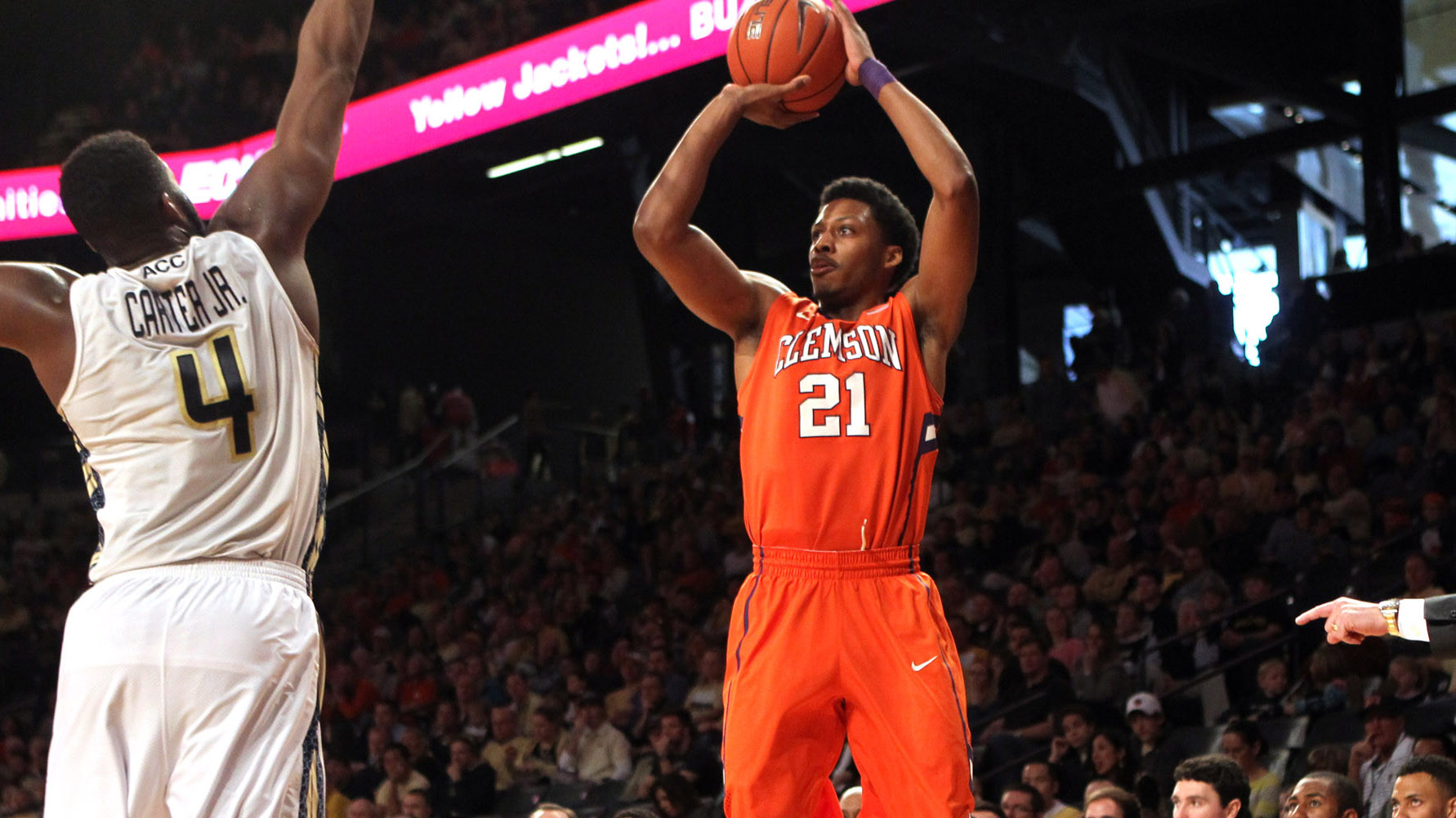 Clemson Comes From Behind to Beat Georgia Tech, 63-55

ATLANTA, GA – Clemson erased a nine-point deficit in the second half and defeated Georgia Tech for the ninth consecutive time Saturday at McCamish Pavilion, 63-55. The Tigers, who improved to 17-9 overall and 8-6 in the ACC, overcame their fifth halftime deficit of the season to obtain the victory. The Yellow Jackets fell to 13-14 overall, 4-10 in league play.Clemson held the Yellow Jackets without a field goal from the 7:22 mark of the second half to under 30 seconds to play, during which time the Tigers put together a 17-3 run to push ahead. Damarcus Harrison, responsible for several big plays down the stretch, posted 15 points and made 5-of-7 field goals, including 3-of-4 from long range. K.J. McDaniels led the Tigers with 16 points and added five rebounds, four steals and two blocks. Landry Nnoko was a third player to reach double figures for Clemson with 13 points, matching his career-high.The game was a tale of two halves. Georgia Tech shot 50 percent in the opening 20 minutes, but just 37.5 percent in the second half. Clemson shot 50 percent after intermission and 70 percent at the free throw line (14-for-20). Tech won the rebound battle, 32-31, but Clemson capitalized on 15 Jacket turnovers and had a whopping 14-2 advantage in fast break scoring.The win was Clemson’s fourth ACC road win of the season, most since the 2008-09 season. Clemson finishes up its road schedule on Tuesday in Winston-Salem, NC with a 7 p.m. matchup against Wake Forest.