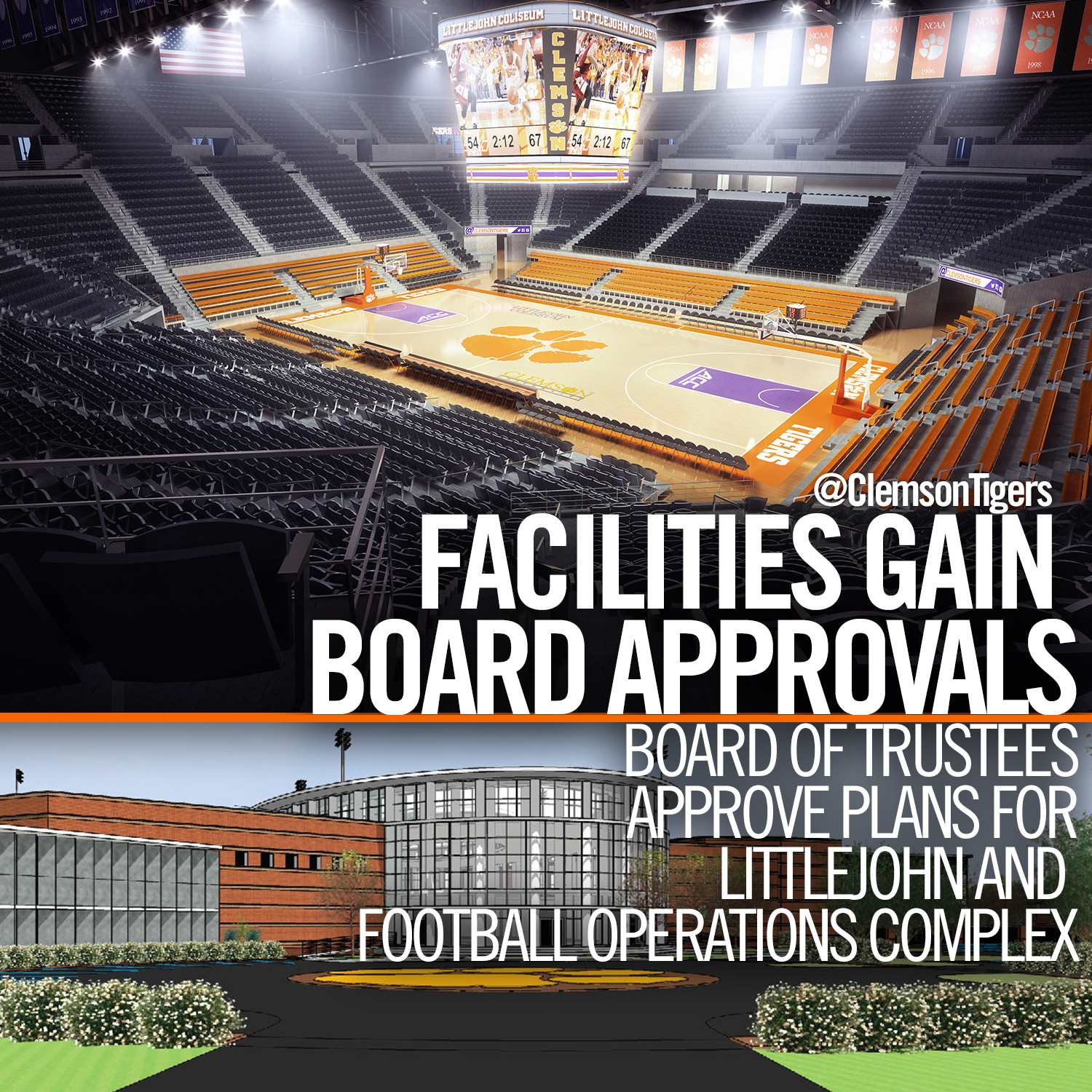 Clemson Board of Trustees Gives Approval to Football, Littlejohn Projects

CLEMSON, S.C. – At its Winter Quarterly meeting, the Clemson Board of Trustees gave final and concept approval to a pair of athletics facilities projects. The renovation of Littlejohn Coliseum was given final approval by the board to begin construction, with a targeted start date, pending state agency approvals, of later this spring. Construction of a new football operations complex received initial concept approval and is targeted for a 2017 opening. University Vice President for Finance and Operations Brett Dalton said neither project would use university operating and facilities funds nor state funding, as both projects will be financed completely by the athletic department and IPTAY.

“We’re appreciative of the Board giving final approval to the Littlejohn Coliseum project and initial approval to the football operations center,” director of athletics Dan Radakovich said. “We will now seek the requisite state approvals for these extremely important facility pieces.”

The board gave its final approval for the renovation of Littlejohn Coliseum, including reconstruction of the seating areas, along with new practice facilities, lockerroom, meeting rooms and coaches offices for both the men’s and women’s basketball programs. The trustees also approved the athletic facilities bond resolution for the project, which is slated to cost $63.5 million.

The new football operations complex, to be located near the existing indoor practice facility, received concept approval which begins to the process and allows for the hiring of an architect and further design of the new building. The complex is set to include lockerroom, meeting rooms, coaches offices along with strength and conditioning, sports medicine and a dining area, all located next to the indoor practice facility and existing practice fields. The budget for the project is $62 million.

Further details and renderings of the projects will be made available as the construction and approval processes continue.