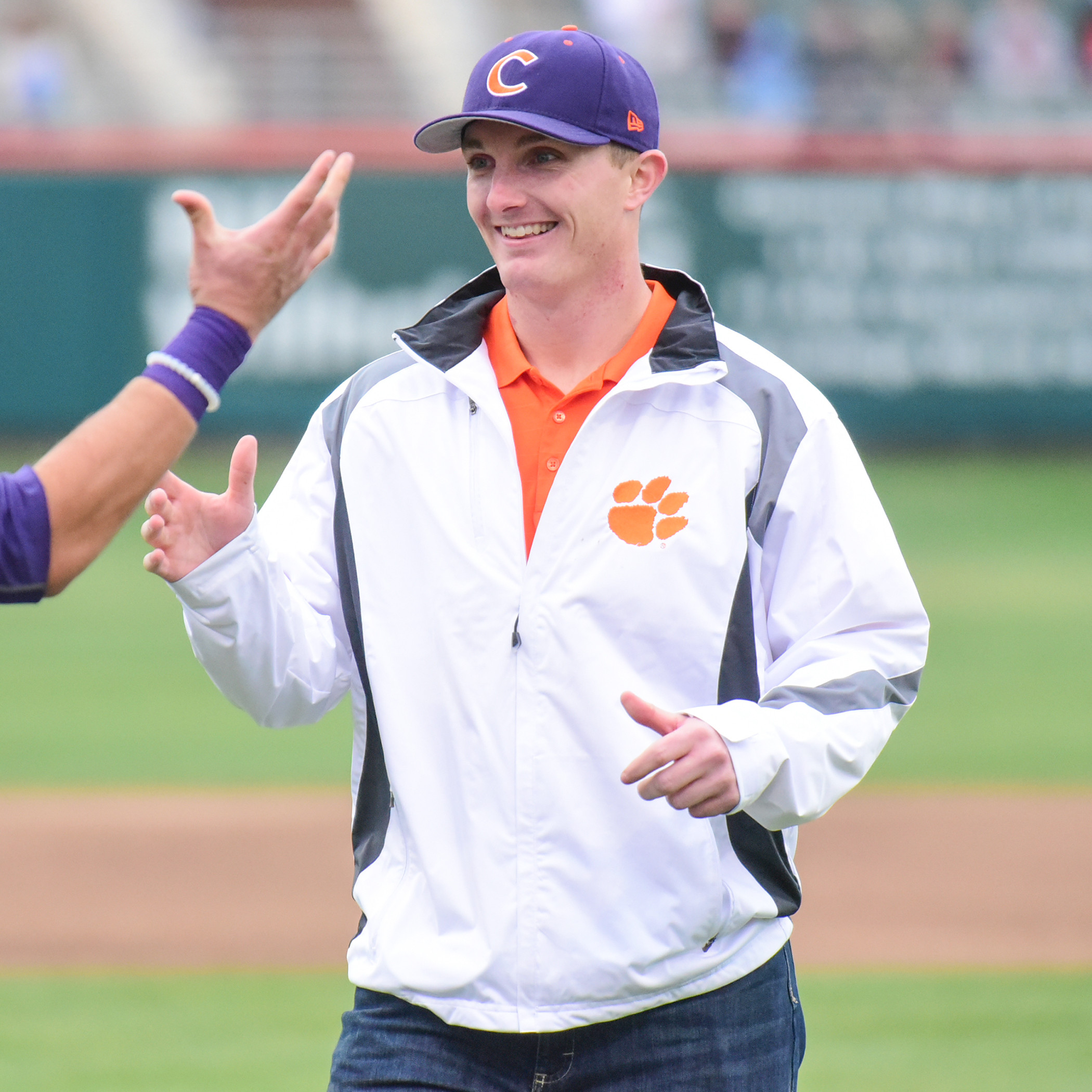 Catching Up With Crownover

About three minutes after he received a call with a contract offer from the Washington Nationals, Matthew Crownover saw his name flash across his computer screen. He had officially been selected in the sixth round of the 2015 MLB draft and was on his way to fulfilling a childhood dream of playing in the major leagues.

For the 2015 ACC Pitcher-of-the-Year, life since being drafted has been “different, but it’s been a good different.

“The first time getting on the mound was kind of an ‘aha’ moment. You think ‘this is for real…I’m actually playing minor league baseball.’ At the end of the year, though, I finally got my first win. I was on a pitch count and innings count, so it’s hard to go five innings and keep the pitch count down…everything had to work out perfectly. I ended the year with one win, and that was pretty cool to get my one win. I threw five innings of no runs, no hits and no walks, so it was a perfect five frames in my first win…that was pretty cool.”

Crownover, who is currently in extended spring training in Florida, credits Clemson for preparing him for the next level through providing the type of competitive environment that players face in the minors.

“The biggest thing about Clemson is that there’s competition and practice every day, but when you toed the rubber on the weekends, it was a battle. If you didn’t come out with your best stuff, mentally and physically, every weekend, you could get embarrassed. It helped me prepare for pro ball, where you have to be on your ‘A’ game to perform each day and each time you toe the rubber. Pitching on the weekends at Clemson really prepared me to pitch well in the minors.”

The lefthander encouraged current players to take advantage of the level of play in the ACC, because a competitive mindset is one of the most important qualities they can bring to the minor league field.

“One of the biggest things is to learn how to compete,” admitted Crownover for the advice he would give to players looking to make it to the next level. “There are a lot of people who had better stuff, better athleticism or better arms than I did that pitched against me on Friday nights. Out of 10 ACC weekends, there were probably seven or eight guys who had better stuff than I did. It’s all about having guts and a little bit of heart when you’re out there, having a little something about you. If you can bear down and have the ‘bulldog’ mentality about you, then you’ll be ok.”

As grateful as he is for his time as a Tiger, Crownover is also excited to be taking the next steps in his journey to the major leagues. He is well on his way, and though he talked about having some initial struggles on the mound, he finished the 2015 season on the Auburn Doubledays with a 3.81 ERA and 34 strikeouts against just nine walks in 49.2 innings pitched.

“I really enjoyed my time at Clemson and all the relationships that I established and people that I got to meet…I wouldn’t change it for anything in the world. But now I get to live my dream and be on that process of hopefully making it to the big leagues, which is every kid’s dream when they start playing baseball.

“I’m the low man on the totem pole now, but one day, hopefully I’ll be able to get up there.”