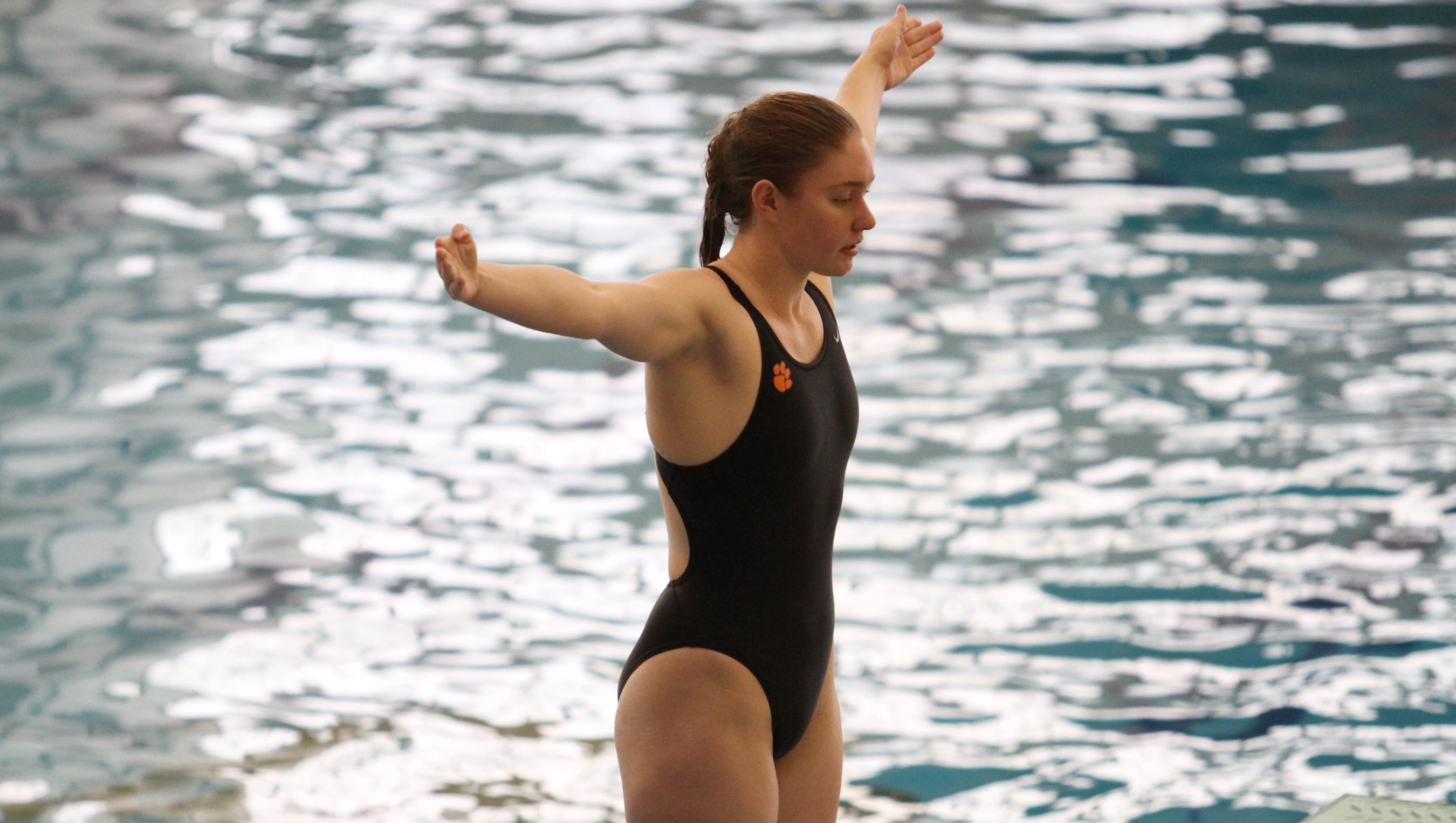 Braun Strong on Day Two of NCAA Zone B Championships

GREENSBORO, N.C. – Freshman Sarah Braun led the Tigers on Tuesday at the NCAA Zone B Championships coming in 21st overall in the three-meter diving. The Tigers will return to the pool on Wednesday at 2:00 p.m. for the platform prelims.

Braun recorded a score of 273.80 in her first three-meter diving at Zones to finish 21st out of 43 divers. The native of Beaverton, Ore., narrowly missed advancing to the finals after being in 18th place after round five of competition.

Braun’s score was her second-highest three-meter score of the season and the highest ever score for a Clemson diver at NCAA Zones, breaking Emily Howard‘s mark set on Monday. It is also the highest finish in either one-meter or three-meter diving at Zones in school history, overtaking Howard’s 24th-place mark also set on Monday. The previous high for a three-meter finish was 28th set last season.

Chelsea Uranaka was the second highest Clemson finisher of the day in her first time competing in three-meter diving at Zones. She finished in 25th place with a score of 255.55.

Freshman Danielle Reitsma finished just behind Uranaka in 26th with a score 252.25. Howard trailed her in 28th tallying a score of 251.20. Howard improved her three-meter Zones score from last season by over 25 points and came in six spots higher than a year ago.