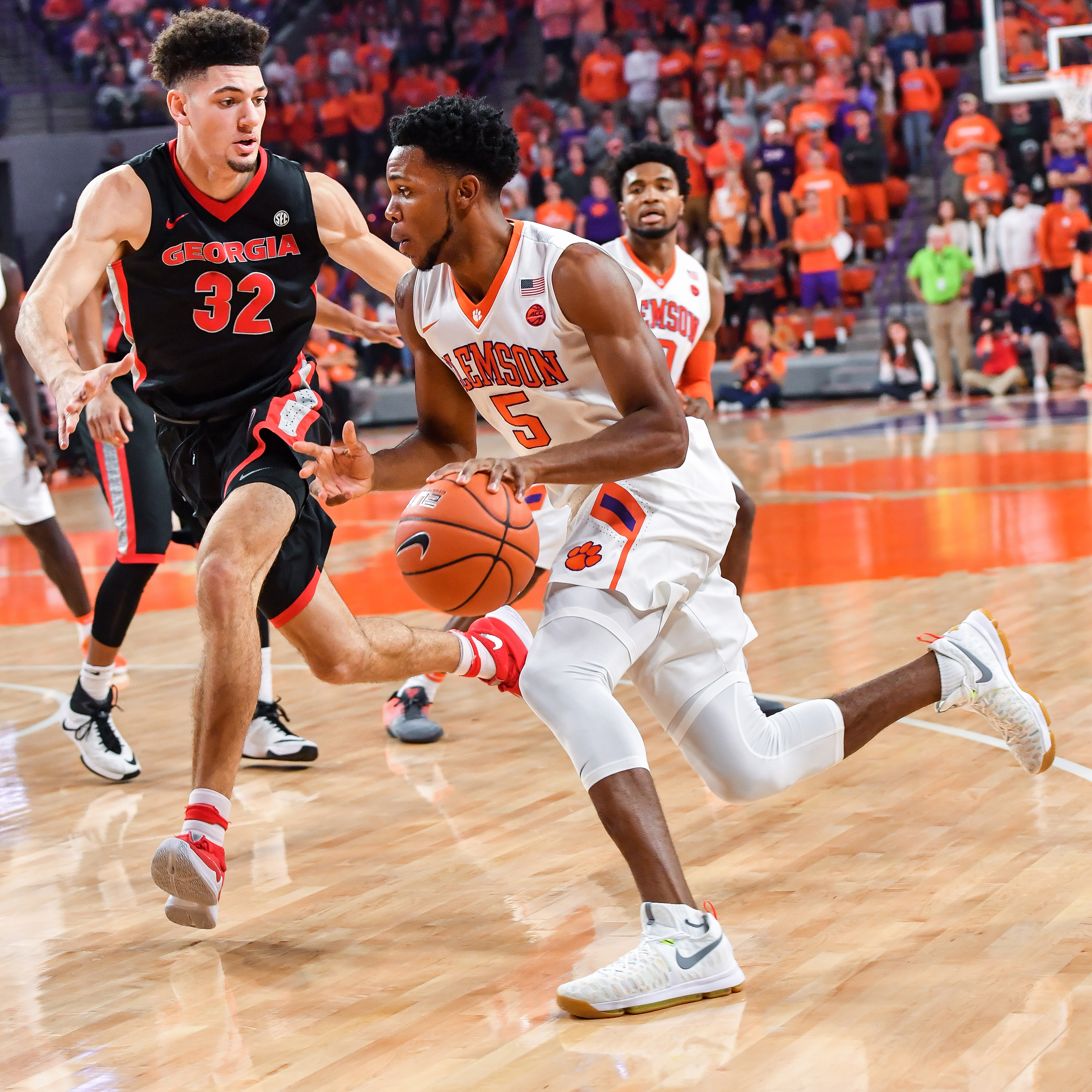 CLEMSON, S.C. — Jaron Blossomgame has been named to the preseason watch list for both the Naismith Trophy and Wooden Award. Both awards are annually presented to the top collegiate basketball players in the nation.

Blossomgame posted 13 points, six rebounds and a team-high three assists in the Tigers’ season-opening win over Georgia on Friday. He averaged 18.7 points per game last season for Clemson, the third-highest scoring average among ACC players. The first-team All-ACC forward was the first Tiger in history to shoot at least 50 percent overall, 40 percent from three-point range and 75 percent at the free throw line over the course of a season.