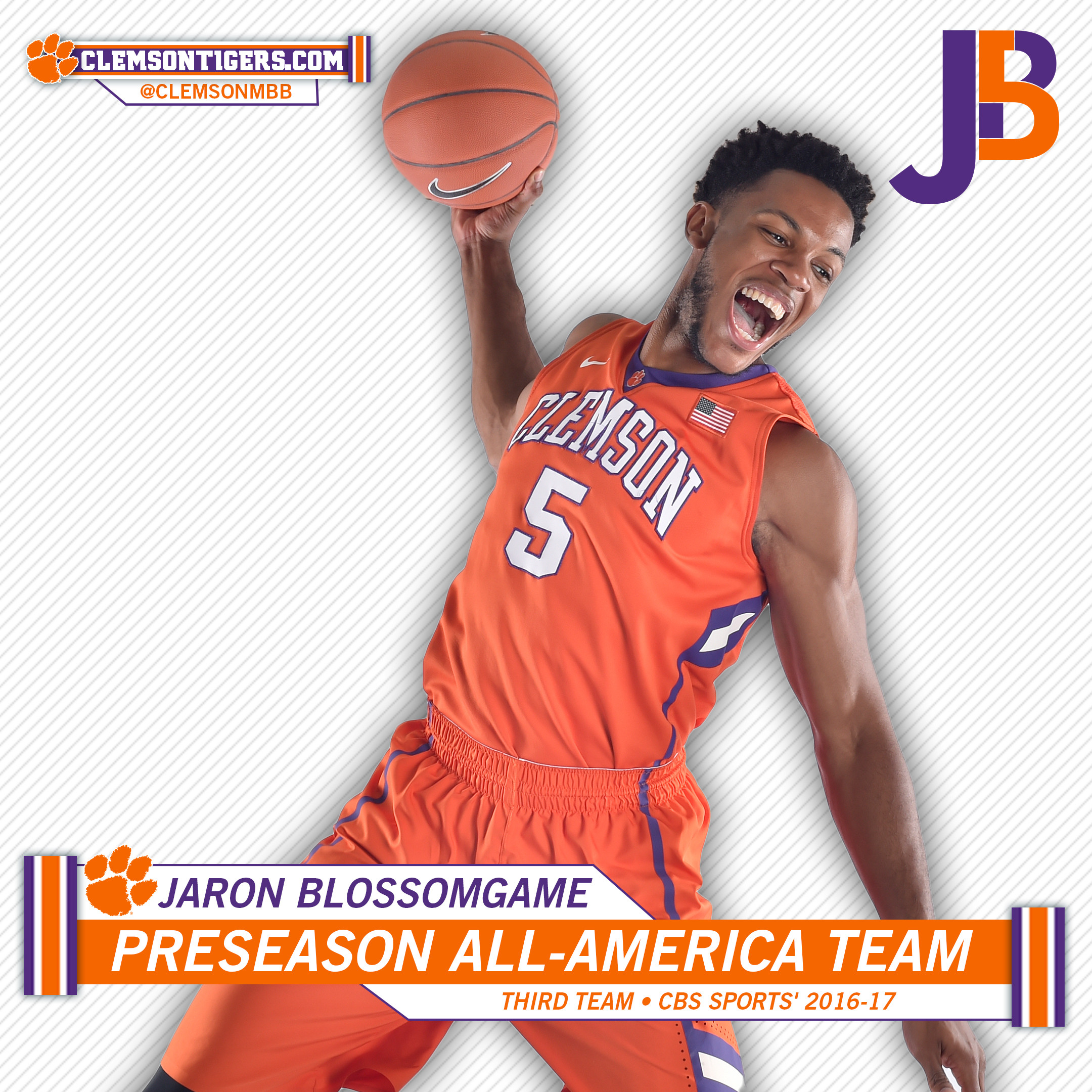 CLEMSON, S.C. — Jaron Blossomgame added to a long list of preseason accolades Wednesday when he was named a third-team All-American by CBS Sports. Blossomgame, who last week was pegged first-team All-ACC at the conference’s annual media day, leads the Tigers into the regular season opener against Georgia on November 11.

Blossomgame was named the nation’s No. 12 overall player by senior writer Gary Parrish.

“Blossomgame is the best player you don’t know about,” Parrish wrote. “In terms of college basketball wings, it doesn’t get better than this guy.”

Blossomgame averaged 18.7 points per game last season for Clemson, the third-highest scoring average among ACC players. He was the first Tiger in history to shoot at least 50 percent overall, 40 percent from three-point range and 75 percent at the free throw line over the course of a season.