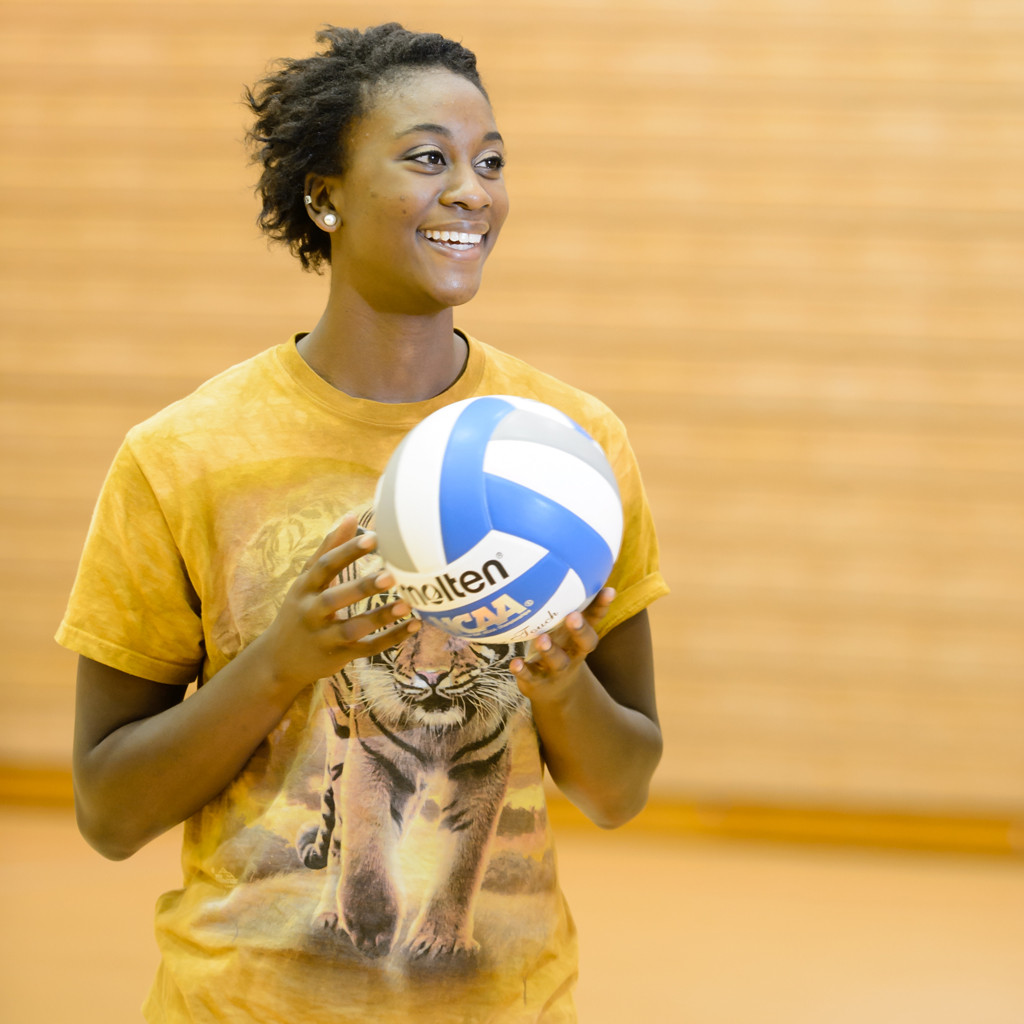 Beyond the Game with Karis Watson

Note: The following appears in the September edition of Orange The Experience, expected to arrive in mailboxes early next week. Get to know Clemson volleyball’s middle hitter, Karis Watson, in this extensive “Beyond the Game” Q&A.

Q: Your team has a history of a long line of really good middles. What did you learn from them as veterans and how has that helped you in your play now?

WATSON: I was extremely blessed to get the opportunity to watch and learn from such talented middles. Practicing against them was the best thing for me to develop my first two years here because they challenged me and made me better. They were also great mentors and friends to me. Probably the best thing that could happen for Beta (Dumancic) and myself was Danielle Hepburn coming back to Clemson to be a graduate assistant. She is the Holy Grail of middle knowledge.

Q: Now you are one of the veterans and leaders of this team. How have you adjusted to your new role?

WATSON: I think my role on the team is to try to lead by example as much as possible and just be there to cheer on and encourage my teammates. Now that I have experience on the court, I think it’s my role to display mental toughness in difficult situations.

Q: Why did you choose to come to Clemson?

WATSON: You mean besides the fact that purple is my all-time favorite color? I was attracted to the family atmosphere, the spirit, strong academics, and beauty of the campus. I knew immediately after my visit that I wanted to be a Tiger.

Q: You have five siblings and all of you have been involved in athletics. What was it like growing up with such an athletic family?

WATSON: I loved it! It was good for me to have positive role models to learn from and look up to. They all competed for the glory of God, had great work ethic, and valued their school work just as much as their sports. They were always supportive of anything I did and were always there with encouragement and words of wisdom. I think I saw enough football games and track meets to last me an entire lifetime. The heat of the football stadiums and tracks on Saturdays built character for sure. Other than nearly dying of heat stroke several times, growing up in a family of athletes was a huge blessing.

Q: Two of your brothers played football at rival schools (NC State and Georgia). How is that when it comes to rooting for and against each other’s teams?

Q: Your oldest brother, Benjamin Watson, currently plays for the Saints. How important is his support of you and your support for him as siblings?

WATSON: Support is very important to us. Even though he has one of the busiest schedules known to man, he still makes time to watch games on TigerCast and congratulates and encourages me.

Q: You have many hidden talents — talk about where you learned your dance moves.

WATSON: I think my dance moves are a compilation of a lot of things. I did gymnastics until seventh grade, so some of my choreography ability comes from that, I think. My sister, Jessica, took ballet classes for a while when I was really little so I remember imitating her quite a bit. I just kind of do whatever I feel!

Q: You also are a very good artist. Where did you learn to draw?

WATSON: I don’t get to draw as much as I would like to, but it’s a nice little hobby when I have some free time. I never had any formal training besides classes in middle school. My grandmother was an artist and my sister is an elementary art teacher. My younger brother just recently realized he could draw and the rest of my siblings could probably draw well if they tried. I suppose it’s hereditary.

Q: You love musicals; what is your favorite musical and why?

WATSON: Wicked is my favorite! I just love the soundtrack and storyline. It’s such a great twist on a well-known story. My mom and I love to sing all of the songs together when I’m home.

WATSON: Well, in my mind I am a Disney princess! According to multiple BuzzFeed quizzes I am most like Rapunzel because of my creativity, sense of humor, adventure, love for purple, and sunny disposition. If I got to choose I would probably be Ariel because she can talk to sea creatures and that would look great on my résumé.

Q: What is your favorite thing to do when you aren’t busy with classwork and volleyball?

WATSON: I like to draw, hang out with my friends, watch movies, listen to music, eat, and sleep. Mostly sleep.

Q: What do you think is special about your team?

WATSON: I think the thing I like most about this team is that we can be serious together when we need to be, but we can also make each other laugh. We’re all very comfortable with each other and I’d say we have better chemistry than any other team I’ve ever been on.

Q: What has been your most memorable moment as a Clemson Tiger?

WATSON: I’ve had so many memorable moments on and off the court as a Clemson Tiger, but one thing I will never forget is the weekend I fractured my fifth metatarsal. We had an off day the next day so we went to the mall in Baltimore as a team. I obviously couldn’t walk, so Hannah Brenner and Mo Simmons pushed me around the mall in a shopping cart we found outside. The other shoppers were giving us the dirtiest looks, but we had a blast!