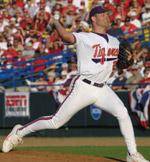 Clemson in the Keith LeClair Invitational Clemson (0-1), ranked as high as #11, will play four games in the inaugural Keith LeClair Invitational in Greenville, NC starting Friday at East Carolina (8-0) at 4:30 PM. The Tigers will then play two games Saturday afternoon, the first against Georgia Southern (5-5) at 1:00 PM and then against host team East Carolina at 4:30 PM. The Tigers will conclude their trip to North Carolina by playing Georgia Southern Sunday at 12:30 PM. Clemson will start and complete four games in the span of 48 hours.

There will be no Clemson broadcasts of the games, however Georgia Southern will have live radio coverage for the Sunday game. You can hear the game via the internet at www.wmcdfm100.com. Live stats will be available on Clemson’s website.

The tournament is named after former East Carolina head coach and Western Carolina standout player Keith LeClair, who is battling “Lou Gehrig’s Disease.” LeClair lettered under Tiger Head Coach Jack Leggett at Western Carolina, then succeeded him there after Leggett came to Clemson in 1992.

The Series vs. East Carolina Clemson and East Carolina have met 19 times on the diamond, with the Tigers holding a 13-6 advantage in the series dating back to 1968. The series is tied 4-4 in games played at East Carolina. Jack Leggett is also 5-4 against the Pirates as the Tiger skipper.

The two teams last met in the 2002 season at Doug Kingsmore Stadium in the Clemson Regional, with the Tigers coming away with two victories by scores of 4-2 and 21-1. The latter win clinched the regional title. In the Tigers’ last trip to Greenville, NC in 1999, the Pirates came away with two wins in as many games by scores of 5-4 and 14-2. Clemson’s last win at East Carolina was on March 18, 1981.

The Series vs. Georgia Southern Clemson and Georgia Southern have met 75 times on the diamond, with the Tigers holding a 47-27-1 advantage in the series dating back to 1959. Clemson leads 4-0 in neutral games against the Eagles. Jack Leggett is also 8-5 against Georgia Southern as the Tiger skipper.

The two last met during the 2003 season at Riley Park in Charleston, SC, with the Tigers coming away with two victories in two games by scores of 11-1 and 8-0. The series was scheduled to be played in Statesboro, GA, but heavy rains forced the move to Charleston. Clemson has won six in a row in the series after the Eagles had won four in a row.

The Starting Pitchers East Carolina will start junior righthander Greg Bunn (2-0, 0.00 ERA) Friday against the Tigers. Bunn has yet to allow a run in 12.0 innings pitched in two starts. He also has allowed just three hits and two walks while striking out 16. He will matchup against sophomore righthander Jason Berken (first appearance of 2004). Berken, a native of De Pere, WI, was 4-2 with a 3.19 ERA in eight starts and 11 relief appearances in 2003.

East Carolina will start freshman righty Ricky Brooks (1-0, 1.04) Saturday against the Tigers. He has allowed just one earned run, four hits, and one walk while striking out 10 in 8.2 innings pitched (two starts) this year. He will face junior lefty Tyler Lumsden (0-0, 0.00 ERA). Lumsden, a Roanoke, VA native, pitched a scoreless inning against Charlotte Tuesday. As a freshman, he started against the Pirates in the Clemson Regional, and earned the win by pitching 5.0 innings and allowing one run on six hits while striking out four on June 2, 2002.

Georgia Southern will start freshman righthander Dustin Evans (1-2, 5.17 ERA) Sunday against the Tigers. Evans has made two starts and two relief appearances, while striking out 18 in 15.2 innings pitched. Clemson’s starter for the Sunday game has yet to be determined.

East Carolina Overview East Carolina is off to a perfect 8-0 start, defeating UNC Asheville and Delaware three times apiece, and Campbell and North Carolina A&T once each. The Pirates have outscored their opponents 49-10. They sport a .280 team batting average, led by Trevor Lawhorn’s .469 batting average, four homers, and 12 RBIs. The team has also committed just five errors in eight games. The pitching staff has a miniscual 1.12 ERA and .178 opponents’ batting average. It has also allowed just six extra base hits and 13 walks while striking out 73.

Georgia Southern Overview Georgia Southern enters the tournament with a 5-5 record, but has already played some stiff competition, including two games each with Georgia Tech and Georgia. The Eagles are hitting .313 as a team, led by Greg Dowling’s .429 batting average, three homers, and 16 RBIs. Jason Hurst also has three homers and 15 RBIs, as the team has totaled 14 home runs in 10 games. The pitching staff sports a 5.44 ERA and .263 opponents’ batting average. The team is also fielding at a .940 clip.

Clemson Overview Clemson enters the tournament off a narrow 5-4 loss to Charlotte Tuesday at Doug Kingsmore Stadium. Brad McCann went 4-for-5 with a homer and double to lead the Tigers. He upped his hitting streak to 21 games, tied for the 11th-longest streak in school history. Clemson used nine different pitchers in the game.

Hogan Homecoming When Clemson plays in the Keith LeClair Invitational at East Carolina this weekend, it will be a homecoming of sorts for Patrick and Doug Hogan (although Doug will not be on the travel squad). Their grandfather, the late Leo Jenkins, was the former chancellor at East Carolina from 1960-78. Jenkins was credited with bringing the Pirate athletic program into national prominence. Both Hogans was also born in Greenville, NC and Patrick lived there until the age of nine. Hogan expects to have over 20 friends and family members from the Greenville, NC area in attendance during the weekend.

Tigers Fall 5-4 in Season Opener to Charlotte Doug Kingsmore Stadium. Six different 49ers tallied two hits apiece to pace their 14-hit attack. The game saw each team pitch nine pitchers, while they only combined for four total strikeouts. McCann was the star for Clemson, as he had a double and homer among his two hits. Charlotte was 9-for-15 with two outs and 8-for-18 with runners on base. The Tigers rallied in the ninth, but McCann grounded into a game-ending double play with the tying run on third base.

Tigers Back in the Polls Clemson enters its first week of action ranked in the top 17 of all three major college baseball polls. Clemson is ranked #11 by Baseball America, #17 by Collegiate Baseball, and #11 by Sports Weekly. With its preseason top-25 ranking in each of the three polls this year, the Tigers have had at least one preseason top-25 ranking in each of the last 16 years.

Road Trip Including the ACC Tournament in May, Clemson will take to the road for eight of the 14 weekends in 2004. The Tigers brutal schedule includes weekend series/games at East Carolina, South Carolina, Texas Tech, Virginia, North Carolina, Georgia Tech, and Duke. Clemson is scheduled to play 32 regular-season home games and 24 games away from home in 2004.

McCann Riding a 21-Game Hitting Streak Junior third-baseman and preseason All-American Brad McCann ended the 2003 season on a 20-game hitting streak. The streak can carry cover to the 2004 season and it did in the season-opener against Charlotte. During his 21-game hitting streak, the Duluth, GA native is hitting .406 (39-for-96) with 21 RBIs.

McCann’s streak is tied for the 11th longest in Clemson history. The Tiger and ACC record-long hitting streak is 41, set by Rusty Adkins from April 10, 1965 to May 17, 1966. Adkins’ streak also started in one season and ended in the next.

1954 Tiger Team to Hold Reunion The 1954 Clemson baseball team, who won the first ever ACC baseball title, and many of the players on that team will be in attendance for Clemson’s game against N.C. State on April 24. The 50th anniversary of the team’s title will be commemorated during pregame festivities. Not only did that team win the first ever ACC regular-season baseball title, it was the first Clemson sport to win anACC championship. Among the players on the team include former Major Leaguer Billy O’Dell and Doug Kingsmore, an All-ACC player who hit 10 homers in just 24 games in 1954.

Four Tigers Among Top-100 Draft Prospects In the preseason, Baseball America rated four Tigers among the top 100 college draft prospects, including Tyler Lumsden (24), Brad McCann (39), Tony Sipp (65), and Lou Santangelo (95). Georgia Tech, Rice, and Stanford led the way with five players apiece in the top 100, while Clemson and Notre Dame each had four. Baylor, Florida, and South Florida had three apiece. Those were the only eight schools with at least three players in the top 100. Baseball America also listed the top 100 high school prospects for the draft. Five Tiger commitments/signees are on the list. Only Texas (8), Georgia Tech (7), Miami (FL) (7), and North Carolina (6) had more on the preseason list.

Tigers Record Highest Semester GPA As a team, Clemson recorded a GPA of 2.87 during the Fall, 2003 semester. The 2.87 GPA is the highest ever for a semester by the baseball team. The Tigers also had 18 players make the school’s Academic Honor Roll, the second-highest figure in school history. Players who made the honor roll include Jason Berken, Kris Harvey, Brad McCann, Gene Pierce, Robert Rohrbaugh, Travis Storrer, Russell Triplett, P.J. Zocchi.