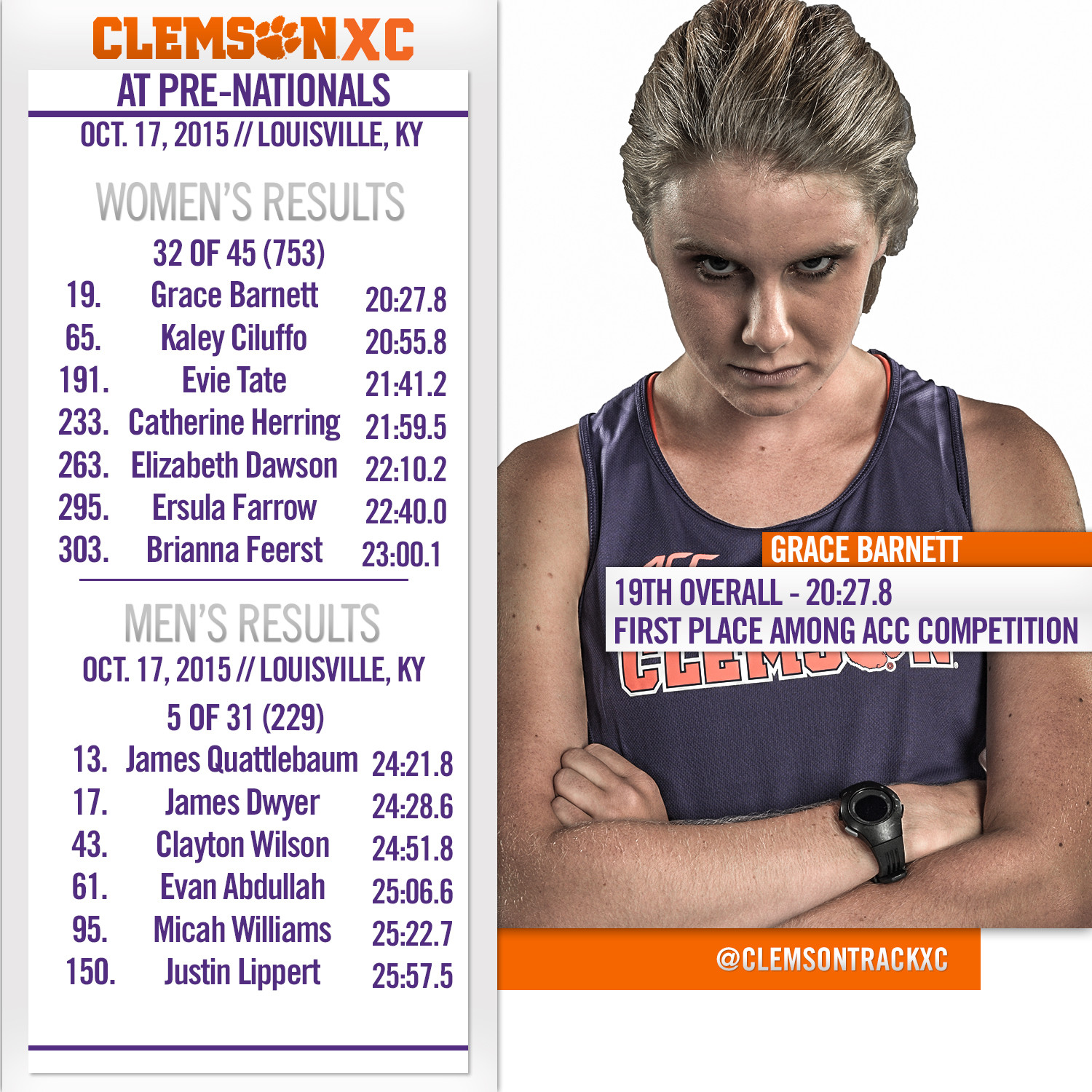 CLEMSON, S.C. – Grace Barnett turned in the race of the day for Clemson as she finished 19th overall, crossing the finish line at 20:27.8. The women finished 32nd in the seeded 6K race while the men finished fifth of 31 in the unseeded 8K. The women’s field featured six nationally ranked programs.

Barnett’s finish was the fastest time recorded by an ACC harrier, as Duke, Virginia Tech and Georgia Tech were all featured in the meet. She has now led the Tigers in each of their five races this season with three top-10 finishes and two finishes no higher than 23rd overall.

Behind her was the very highly touted freshman, Kaley Ciluffo who finished 65th overall at 20:55.8 in her second collegiate competition and first collegiate 6K. This was the first time this season the women have competed in a 6K race.

For the fifth time this season, James Quattlebaum led Clemson on the men’s side, finishing the course in 24:21.8 for a 13th place effort. Not far behind was James Dwyer in 17th place at 24:28.6.

Clayton Wilson finished just 23 seconds behind Dwyer but the difference was enough to place him 43rd overall. Evan Abdullah followed Wilson in 61st place with a time of 25:06.6. The final Clemson competitor to score was Micah Williams who turned in a 25:22.7 for a 95th place finish.

Clemson will now rest before it heads to Tallahassee, Florida for the ACC Championships on October 30.