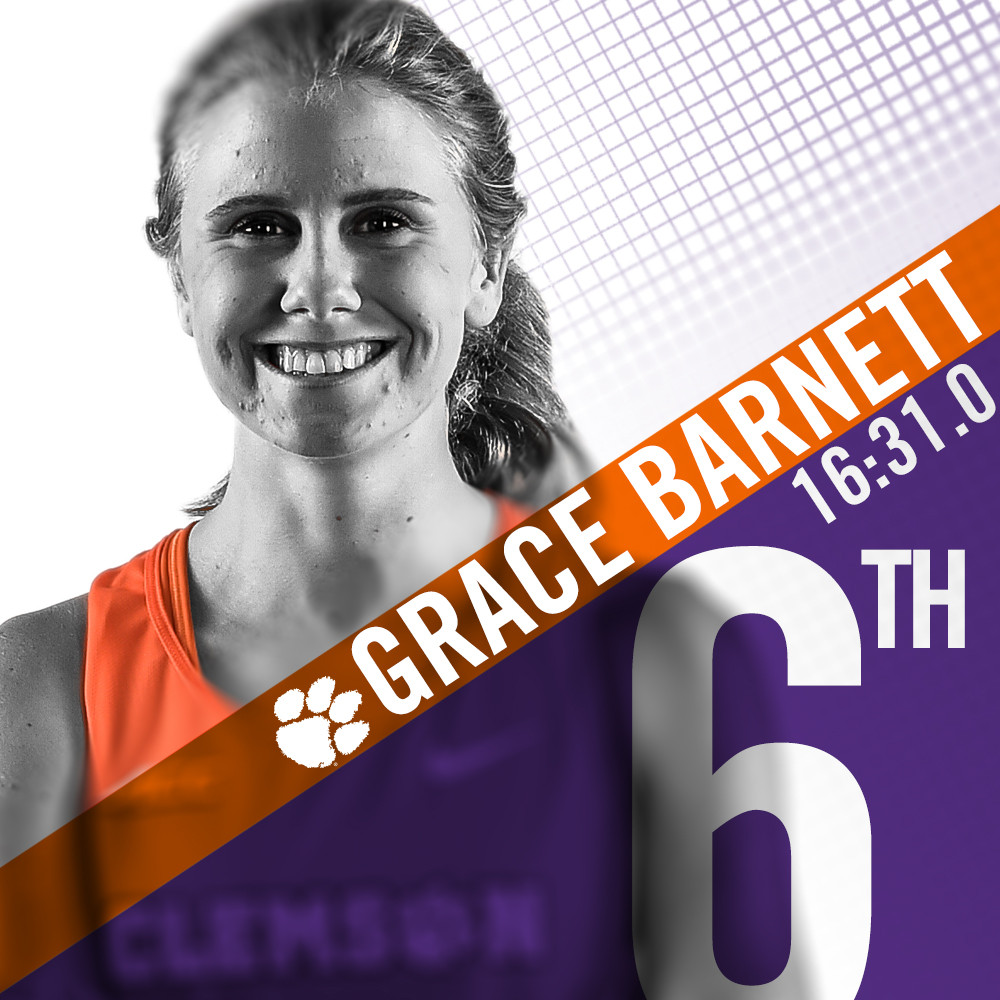 CLEMSON, S.C. — Grace Barnett finished sixth in the women’s blue race to highlight Clemson’s action at the 2016 Joe Piane Invitational at the University of Notre Dame in South Bend, Ind. Barnett posted a top-10 finish for the second time in as many weeks since returning for the first time since March. Clemson finished 21st in the women’s standings against a nationally-competitive field.

Barnett put together an outstanding run, putting forth a 5,000-meter time of 16:31.0. It was a lifetime best for the senior from Pawleys Island, S.C., the reigning ACC Women’s Cross Country Performer of the Week.

Logan Morris ran well again for the Tigers, finishing 57th as a freshman. The Upstate South Carolina native had a time of 17:15.6, her best 5K effort of the season. Morgan Wittrock, Alexa Womack and Erin McLaughlin rounded out Clemson’s scoring efforts on the women’s side.

The men’s team competed in the gold division, finishing sixth overall. The leading performer Friday for the Tigers was again Micah Williams, who was 15th. Williams posted an 8K time of 25:01.7. Clayton Wilson came across the finish line 32nd with a time of 25:25.0. Andrew Emery (33rd), Justin Lippert (43rd) and Mpho Makofane (45th) completed the top five for Clemson.

The Tigers return to action on Saturday, October 15 at the NCAA Pre-Nationals in Terre Haute, Ind.