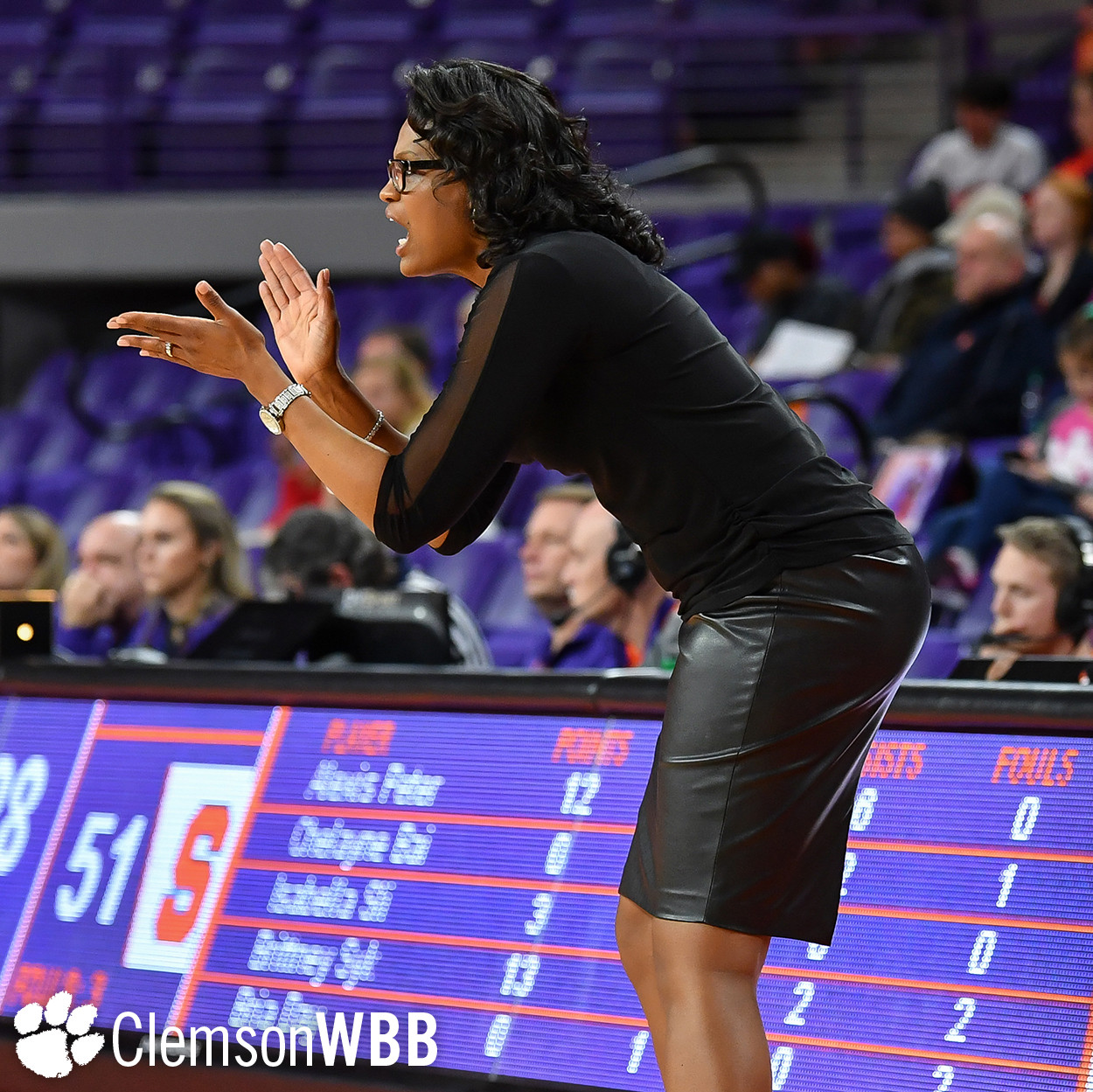 CLEMSON, S.C. – Following a season of positive growth, Clemson women’s basketball head coach Audra Smith received a contract extension through the 2020-21 season, the Board of Trustees Compensation Committee approved at its July meetings.

The Tigers finished the 2016-17 season with a final record of 15-16, totaling 11 more overall wins than the season prior. Clemson also won the program’s first ACC Tournament game since 2014, and had the best nonconference record (11-2) since the 2003-04 season.

“Our women’s basketball team improved both on and off the court last season, and Coach Smith has her program positioned for continued success in the near future,” Director of Athletics Dan Radakovich said.

Smith enters her fifth season at the helm of the Clemson program this fall and returns all five starters and all 13 letterwinners from the 2016-17 squad, including leading scorer senior Nelly Perry (12.7 ppg) and leading rebounder junior Aliyah Collier (7.9 rpg).

Junior point guard Danielle Edwards and senior post Ivy Atkism also return after both started all 31 games for the Tigers last season. In addition, 2017 ACC All-Freshman Team selection Kobi Thornton is back for her sophomore season. Smith has also added three freshmen to the roster for 2017-18.