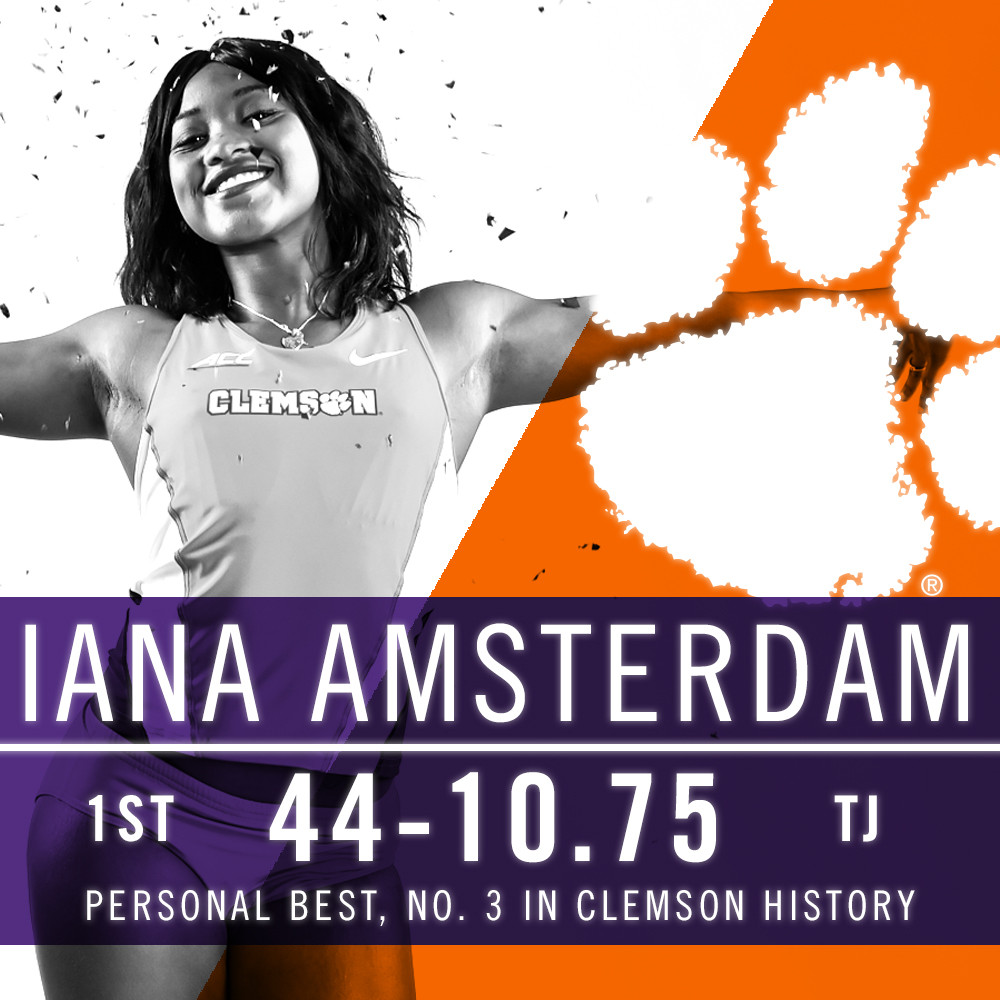 Amsterdam put together a consistent series Friday, culminating with the personal best on her final jump of the evening. Amsterdam’s mark of 44-10.75 ranks third in the Clemson record books, trailing only former NCAA champions Patricia Mamona and Gisele Oliveira. She was not the only field athlete with a win Friday, as Angelica Collins won the B flight of the long jump (20-1.5) with a wind-aided mark.

The DMR group of Ersula Farrow, Olivia James, Lakeisha Warner and Grace Barnett combined to form a winning time of 11:14.74, coasting to an easy victory over Northern Illinois and the host Texas Longhorns. The time established a Clemson record for the event, over 14 seconds better than the previous mark set last season. The men’s sprint medley relay also earned a top-five finish Friday, with a time of 3:21.59.

The women’s 4×100 relay qualified for Saturday’s final. The team of Torie Robinson, Rebekah Smith, Sabria Hadley and Collins combined to a time of 44.51, fifth-best in the preliminary round. Hadley also qualified for the final in the 100 dash, clocking a season-best 11.50.

Dylan Ahrens was impressive on Thursday. The sophomore produced a personal best 213-10 in the men’s javelin, winning the B section with the fourth-best effort in program history. Ahrens has won all three flights he has competed in this outdoor season. Also joining the top 10 in Clemson history Thursday was Morgan Wittrock in the women’s steeplechase, with a time of 11:28.06.