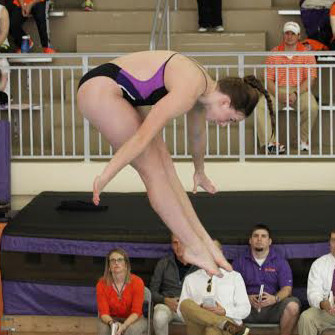 CLEMSON, S.C. – Sophomore Danielle Reitsma was named ACC Women’s Diver of the Week for the week of Feb. 2-8 as announced on Tuesday afternoon.

Reitsma recorded a career-best score of 316.50 in the three-meter en route to winning the event against the Cougars and Wildcats. The score was also the second-best three-meter score in school history since the program became a women’s diving only program in 2012-13. Reitsma also posted a new career high in the one-meter (290.50) to finish in second-place, while her second-place finish in the platform and score of 226.40 was her best so far this season.