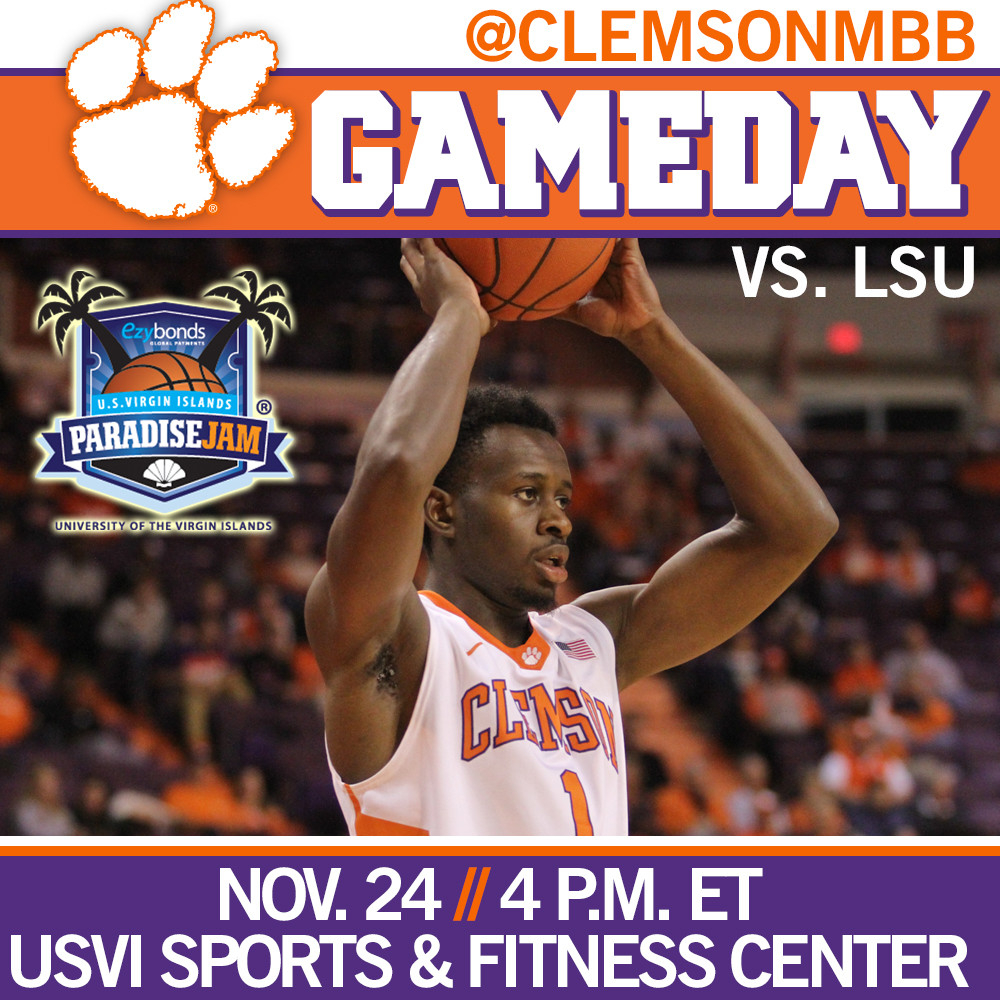 • Clemson and LSU engage in a battle of ACC & SEC Tigers on Monday in the consolation side of the Paradise Jam.

• Clemson coach Brad Brownell and LSU’s Johnny Jones have faced one another previously. The two coaches split when Brownell was at UNC Wilmington and Jones was at North Texas, with Jones’ team winning in 2004 and Brownell’s group returning the favor the following year.

• Both teams have faced Gardner-Webb this season. Clemson fell to the Bulldogs, 72-70, while LSU won at home 93-82 after trailing at halftime.

• Clemson would move to 2-1 for a third consecutive in regular season tournament play with a win Monday. The Tigers were 2-1 in the 2012 Old Spice Classic and 2013 Charleston Classic.

• Landry Nnoko continues to pace the Tigers offensively and has been in double figures all four games, a career-long streak for the junior.

• Nnoko is riding a 13-game streak with at least one blocked shot and now has 90 over his career. With 10 more, he will become just the 12th player in school history to reach the century mark.