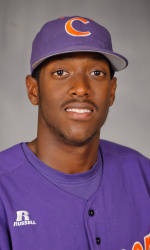 Clemson, ranked as high as #4 in the nation, opened the 2011 season with 16 hits and 10 walks en route to a 14-3 victory over Eastern Michigan in front of 6,138 fans at Doug Kingsmore Stadium on Friday afternoon. It was the season-opener for both teams and the first meeting between the two since 1976.

The Tigers took a 4-0 lead in the first inning, but a three-run homer by Robert Wendzicki in the second inning cut Clemson’s lead to 4-3. But the Tigers scored three runs in the third, fourth, and seventh innings to pull away for the win.

The Tigers took advantage of 10 walks issued by Eastern Michigan pitchers, while every Tiger starter had at least one hit. Freshmen Dominic Attanasio and Jon McGibbon also came off the bench and went 2-for-2 in their first career games as a Tiger.

Scott Weismann (1-0), the first of four Tiger pitchers, earned the win in 5.0 innings pitched. He yielded five hits, three runs, and one walk with four strikeouts. Justin Sarratt, and Joseph Moorefield combined to pitch the final 4.0 innings without allowing a run.

Kendall Lewis (0-1), the first of five Eagle hurlers, suffered the loss, as he gave up four hits, seven runs, and five walks in 2.2 innings pitched.

Chris Epps started the season off for the Tigers with a solo home run to left-center in the first inning, his first long ball of the year. It marked the third time in Head Coach Will Lamb followed with a single through the right side and Jeff Schaus walked. After Brad Miller drew another walk to plate Lamb. John Hinson’s sacrifice fly to right field scored Schaus and Phil Pohl was hit-by-pitch to load the bases again. Spencer Kieboom lined out to center to bring home Shaffer on the sacrifice fly, giving the Tigers a 4-0 lead.

The Eagles responded with three runs in the second inning. Ben Magsig led off with a walk and Zack Leonard singled through the left side. Wendzicki then blasted a three-run homer to left-center, his first long ball of the year.

In the third inning, Miller led off with an infield single and John Hinson’s walked. After Pohl’s sacrifice bunt moved the runners up a base, Kieboom hit another sacrifice fly, this time to right field, to score Miller. Hinson later scored on a wild pitch. After Jason Stolz and Epps drew two-out walks, Lamb laced a single to left field to plate Stolz, upping the Tigers’ lead to 7-3.

In the fourth inning, Shaffer, Miller, and Hinson led off with walks, then Pohl lofted a sacrifice fly to right field to score Shaffer. Kieboom followed with a single through the right side to score Miller and Stolz grounded out to third to plate Hinson.

Clemson extended its lead with a run in the sixth inning. Hinson led off with a triple down the right-field line and scored on Pohl’s single through the left side.

In the seventh inning, Attanasio and McGibbon, both pinch-hitters, lined singles in their first career plate appearances, then Miller belted a single through the left side to plate Attanasio. After Hinson walked to load the bases and Pohl struck out, Kieboom was hit-by-pitch to score McGibbon. Pinch-hitter Steve Wilkerson followed with a sacrifice fly, Clemson’s fifth of the game, to left field to score Miller.

Miller went 2-for-3 with three runs, two RBIs, two walks, and a steal to pace Clemson’s 16-hit attack. The Tigers also walked 10 times and drew two hit-by-pitches, meaning they reached base 28 times in eight innings at the plate.

Kieboom went 1-for-2 with two sacrifice flies and a career-high four RBIs, while Hinson added three runs and three walks.

Leonard had two of the Eagles’ seven hits, while Wendzicki had all three RBIs on his three-run home run.

Clemson and Eastern Michigan will play game-two of the three-game series on Saturday at 1:00 PM.