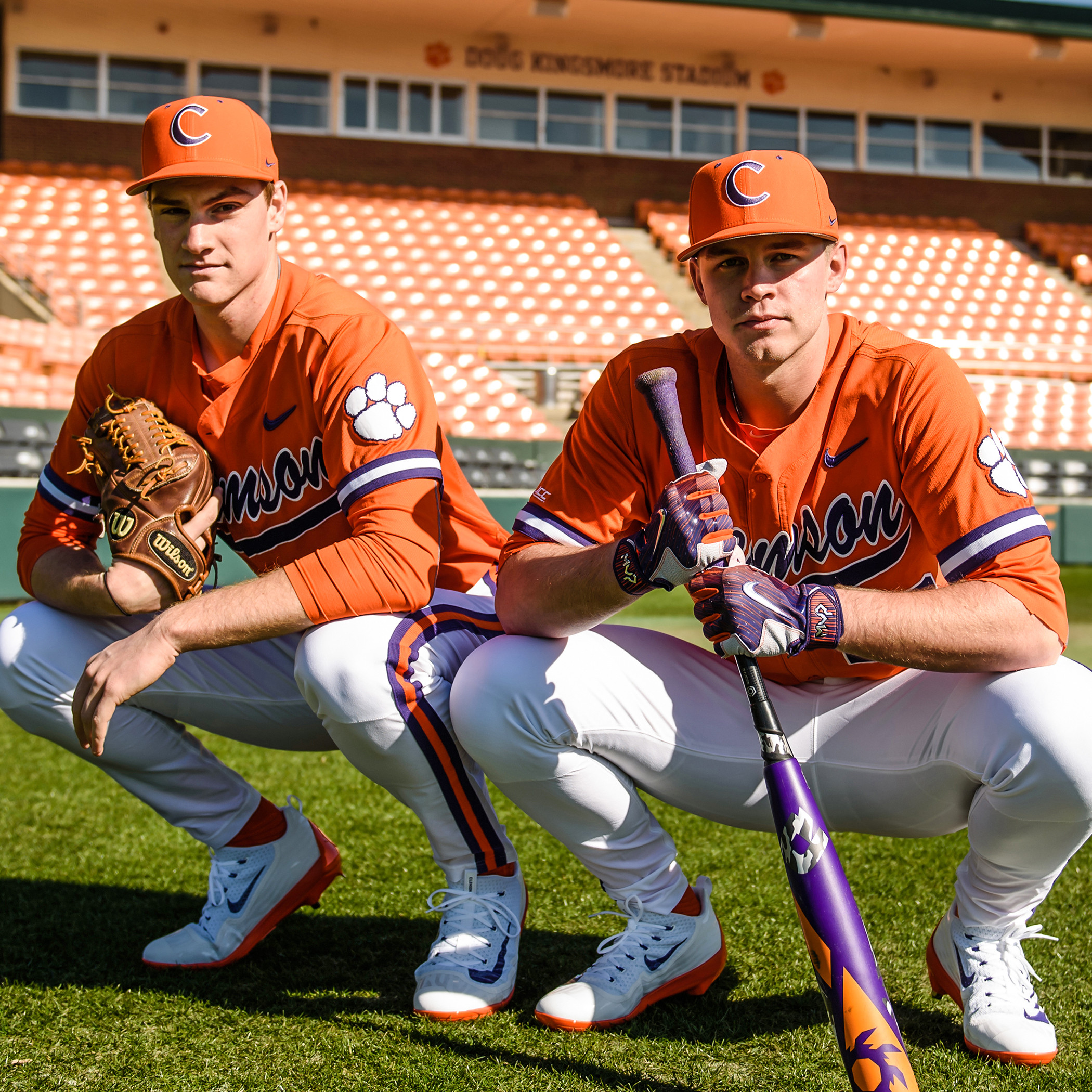 After a strong first season in 2016, head coach Monte Lee looks to take the Tigers even further in 2017. A year ago, Clemson won the ACC championship, totaled 44 victories and was a top-eight national seed in the NCAA Tournament, providing tremendous excitement for the proud program.

Clemson won a slew of close games and had breakout performances by first-year starters on the way to its first ACC title since 2006 with a 4-0 record in the conference tournament at Durham, N.C. Many of those players return in 2017 and impressed during the fall season.

“I’ve been very, very pleased,” said Lee at the conclusion of the fall. “It’s been a ball club that shows up every day, and they punch the clock and go to work. It’s a low-maintenance group of players. They work hard and do everything that we ask them to do. I feel really good. I like our lineup, I like our defense, but we’re going to have to be ready to go when we start the season in February.”

Clemson returns two first-team All-Americans, one in the field and one on the mound, much to the delight of 10th-year assistant coach Bradley LeCroy and second-year pitching coach Andrew See. The Tigers also have one of the most experienced volunteer assistants in the nation in Greg Starbuck, who is in his second season at Clemson after 17 years as an assistant at Elon.

The Tigers were one of the top power-hitting teams in the nation in 2016, as they amassed 75 home runs and a .434 slugging percentage. Players who accounted for 31 of the 75 long balls have departed, including 15 by first-team All-American Chris Okey, but slugging should be a hallmark of the 2017 squad.

“I think we’re going to be really, really good offensively,” stated Lee, whose Tigers were ranked as high as No. 10 in the preseason by Baseball America. “I think we have a chance to have a special lineup this year. We’re also much improved defensively.”

“I think we’re much deeper on the mound this season,” added Lee. “The big key for us is to stay healthy. We have to do everything we can in training, the weight room and with proper rest to do all the things we need to do to get our bodies ready for the spring, because a 56-game schedule is tough, especially against the competition we play.”

The 2017 schedule features 35 home games, 29 games against 2016 NCAA Tournament teams and three games at Fluor Field in Greenville, S.C. The season begins February 17 with a three-game home series against Wright State. Twelve teams participate in the ACC Tournament at Louisville (Ky.) Slugger Field from May 23-28. The new format features four pools with three teams in each pool.

Junior Chris Williams (Garden Grove, Calif.) returns as Clemson’s most experience catcher in terms of offense. He split time at first base and third base in 2016, but he did gain valuable experience behind one of the nation’s best catchers in Okey. Before his strong fall, Williams hit .245 with eight homers and 38 RBIs in the spring. He totaled five homers and 19 RBIs in the last 15 games, including a Clemson Regional All-Tournament performance.

Clemson’s other experienced catcher is junior Robert Jolly (Myrtle Beach, S.C.). The career .268 hitter with a .369 on-base percentage in 76 games is Clemson’s first lefthanded-hitting catcher since 2000. Jolly also has considerable experience as the Tigers’ designated hitter the past two seasons.

Although he has not appeared in a game in the infield, the leader of the infielders is sophomore Seth Beer (Suwanee, Ga.). As a freshman outfielder last season, he won the Dick Howser Trophy as national player-of-the-year along with ACC Player-of-the-Year honors. He is slated to move to first base in 2017 after hitting .369 with 18 homers, 70 RBIs, a .700 slugging percentage and .535 on-base percentage in 2016. He also had a 26-game hitting streak and reached base via a hit or walk in each of his last 60 games that he had a plate appearance.

Clemson’s most seasoned infielder is graduate Andrew Cox (Belton, S.C.). The first baseman, who also has experience in the outfield, has played 124 games (85 starts) in his career, graduated in May and is a four-time ACC Academic Honor Roll member. In 2016, he committed just one error in 221 chances, good for a .995 fielding percentage.

Junior Adam Renwick (Spartanburg, S.C.) has played 55 games in his two-year career and will compete for playing time at different spots in the infield. Renwick was an ACC Academic Honor Roll member in 2016.

Sophomore Grayson Byrd (Milton, Ga.) and freshman Grant Cox (Simpsonville, S.C.) redshirted in their first season at Clemson in 2016, but they both have the talent to contribute in 2017. Byrd, son of former major leaguer Paul Byrd, transferred from Louisiana State and impressed the coaches in the fall at second base.

Cox, like Byrd, has been hampered by injuries during his career and is coming off surgery in the winter. He was rated as the No. 99 freshman in the nation in the preseason in 2016.

Four first-year infielders joined the mix for the 2017 season. Freshman Logan Davidson (Charlotte, N.C.), son of former Tiger and major leaguer Mark Davidson, is an ultra-talented shortstop who is slated to start there in 2017. He was drafted in the 30th round of the 2016 draft after being named North Carolina’s Gatorade Player-of-the-Year as a senior at Providence High School.

Junior Patrick Cromwell (Costa Mesa, Calif.) will compete for the starting job at third base. The lefthanded hitter was among the top-63 junior college transfers in the nation in the preseason by Perfect Game after earning all-conference honors at Santa Ana College.

Brock Howard (St. Cloud, Fla.) and Carson Spiers (Greenville, S.C.) are two freshman infielders who Lee is high on for the future. Howard is a speedy player who can also play in the outfield. He was rated as the No. 58 freshman in the ACC in the preseason by Perfect Game. Spiers, son of former Tiger standout Michael Spiers and nephew of former Tiger and major leaguer Bill Spiers, was an all-state selection Greenville High School.

Junior Reed Rohlman (Moore, S.C.) is a career .314 hitter with 38 doubles, five homers and 101 RBIs in 125 games as the primary starter in left field. He led the Tigers and was tied for third in the ACC in doubles (21) in 2016. His two homers, the only two of the season, against Louisville in the ACC Tournament led the Tigers to victory on their way to the tourney title. As one of the team’s best natural hitters, Clemson will rely on Rohlman in the middle of the lineup.

Junior Drew Wharton (Suwanee, Ga.) has shown flashes of his ability in limited action during his career. He is a career. 224 hitter in 49 games (11 starts), and he will compete for playing time in the outfield.

Weston Jackson (Greer, S.C.) is a graduate transfer from Presbyterian College who will compete for a starting spot in the outfield. He earned All-America honors with the Blue Hose while hitting .324 with 40 doubles, 12 homers and 75 RBIs in 126 career games.

Of the Tigers’ nine returning players with experience on the mound, senior lefthander Pat Krall (Downingtown, Pa.) is the most heralded. He has seen action as both a reliever and starter, as he is slated to start on the weekend in 2017. In 2016, he was a first-team All-American who was 10-2 with five saves, a 1.67 ERA, .203 opponents’ batting average and 65 strikeouts against 17 walks in 80.2 innings pitched. Krall led the ACC in ERA and became the first Tiger in history to lead the team outright in wins and saves.

Sophomore righty Alex Eubanks (Moore, S.C.) became one of the team’s most dependable pitchers in 2016, when he was 6-5 with three saves and a 4.09 ERA in 23 appearances (11 starts). He also had 70 strikeouts against only 21 walks. He has the versatility to pitch in the weekend rotation or at the back end of games.

Brooks Crawford (Bishop, Ga.), another sophomore righthander, will be in the mix as a starter in 2017. As a freshman, Crawford was 3-0 with one save and a 3.66 ERA in 26 appearances. The imposing pitcher has a bright future on the mound for the Tigers.

Juniors Paul Campbell (Malden, Mass.) and Alex Schnell (Milton, Ga.) are two relievers who will compete for innings in 2017. Campbell, a righty, has one of the hardest fastballs on the team. Schnell, a lefty, has pitched 48.1 innings over 32 appearances.

Ryley Gilliam (Kennesaw, Ga.) and Jake Higginbotham (Hoschton, Ga.) are two talented sophomores who saw limited action in 2016. Gilliam, a hard-throwing righthander, allowed only 26 hits in 31.0 innings pitched, while Higginbotham, a lefty whose season was cut short due to injury, had a 3-0 record and 4.59 ERA in eight appearances (seven starts). Clemson was 7-0 in his seven starts. Both will compete for starting roles in 2017.

Among the newcomers to the pitching staff, graduate righthander Tyler Jackson (Piedmont, S.C.) is a candidate to start for the Tigers. Jackson, who played two seasons at USC Upstate, was named Atlantic Sun Conference Co-Pitcher-of-the-Year in 2016 after registering a 4-3 record, 4.10 ERA and a school-record 86 strikeouts against only 17 walks in 74.2 innings pitched.