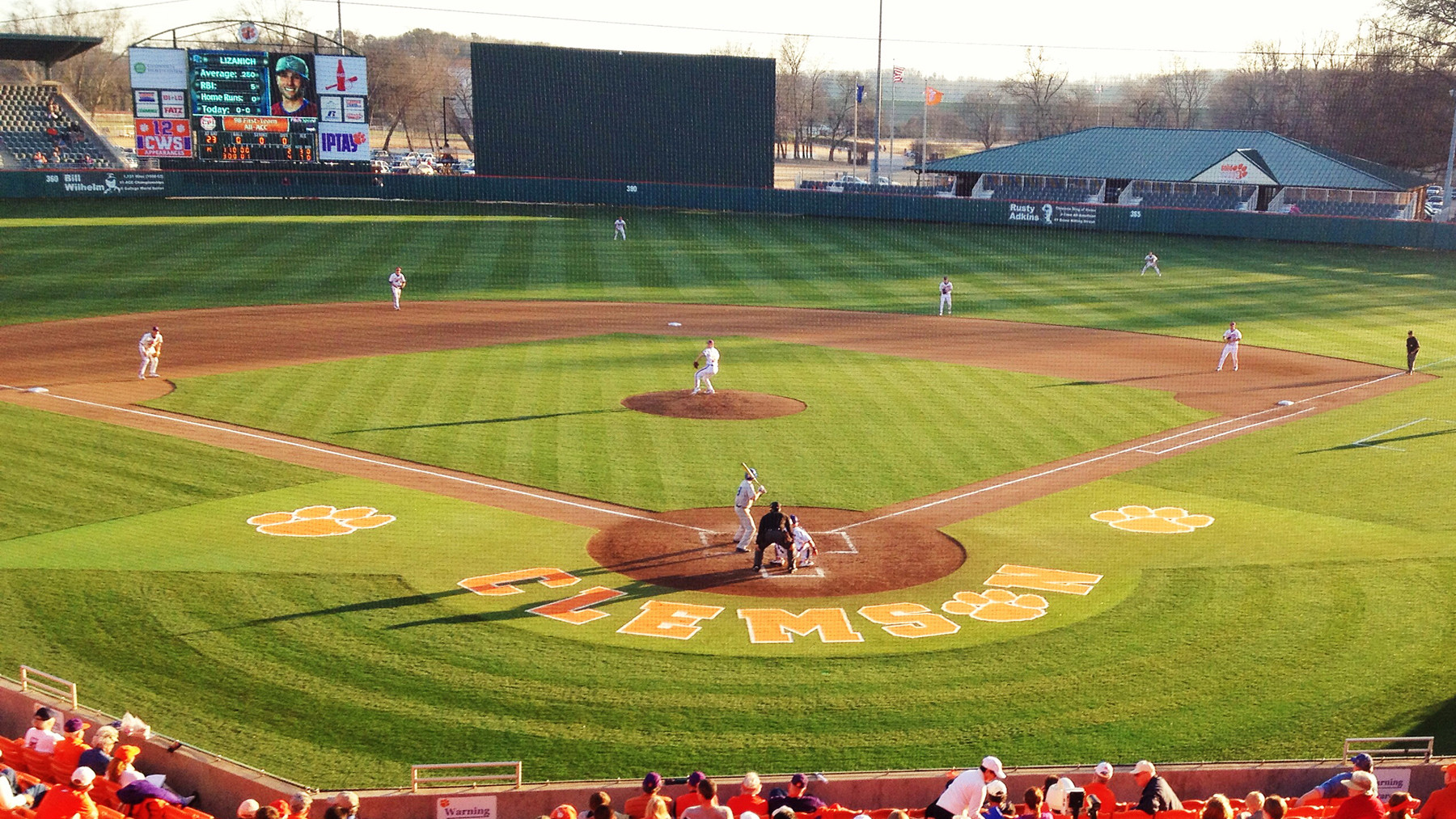 Schmidt (1-1) earned the win by allowing just one single, no runs, and one walk with one strikeout, while Matt Campbell recorded his first save of the year. Blue Hose starter Brian Kehner (0-2) tossed 6.1 effective innings, but suffered the loss.

“We played really well offensively and had a good approach,” said Head Coach Jack Leggett. “We didn’t start off well pitching-wise and Zack (Erwin) is better than that. He didn’t quite have it early, so we went to Clate.

“Clate did a great job slowing things down and (Clay) Bates, (Patrick) Andrews, and Campbell came on strong at the end. Our relief pitching was very good and our defensive was very good. We had 18 assists and no errors, so we played very well defensively.”

After Presbyterian College scored a run in the top of the first inning, Clemson, who won its sixth game in a row, tallied five hits and scored three runs in the bottom of the first inning to take the lead for good. Steven Duggar‘s two-out, two-run triple highlighted the uprising and extended his hitting streak to 16 games.

“PC is a pesky team that didn’t strike out much and they continued to come at us,” added Leggett. “They put the ball in play and we had to make our plays to win. It was a very good win for us.”

Clemson faces #3 South Carolina in a three-game series at three different sites over the weekend. The two teams play in Columbia on Friday at 7:00 PM in a game televised by Fox Sports South to begin the weekend series.