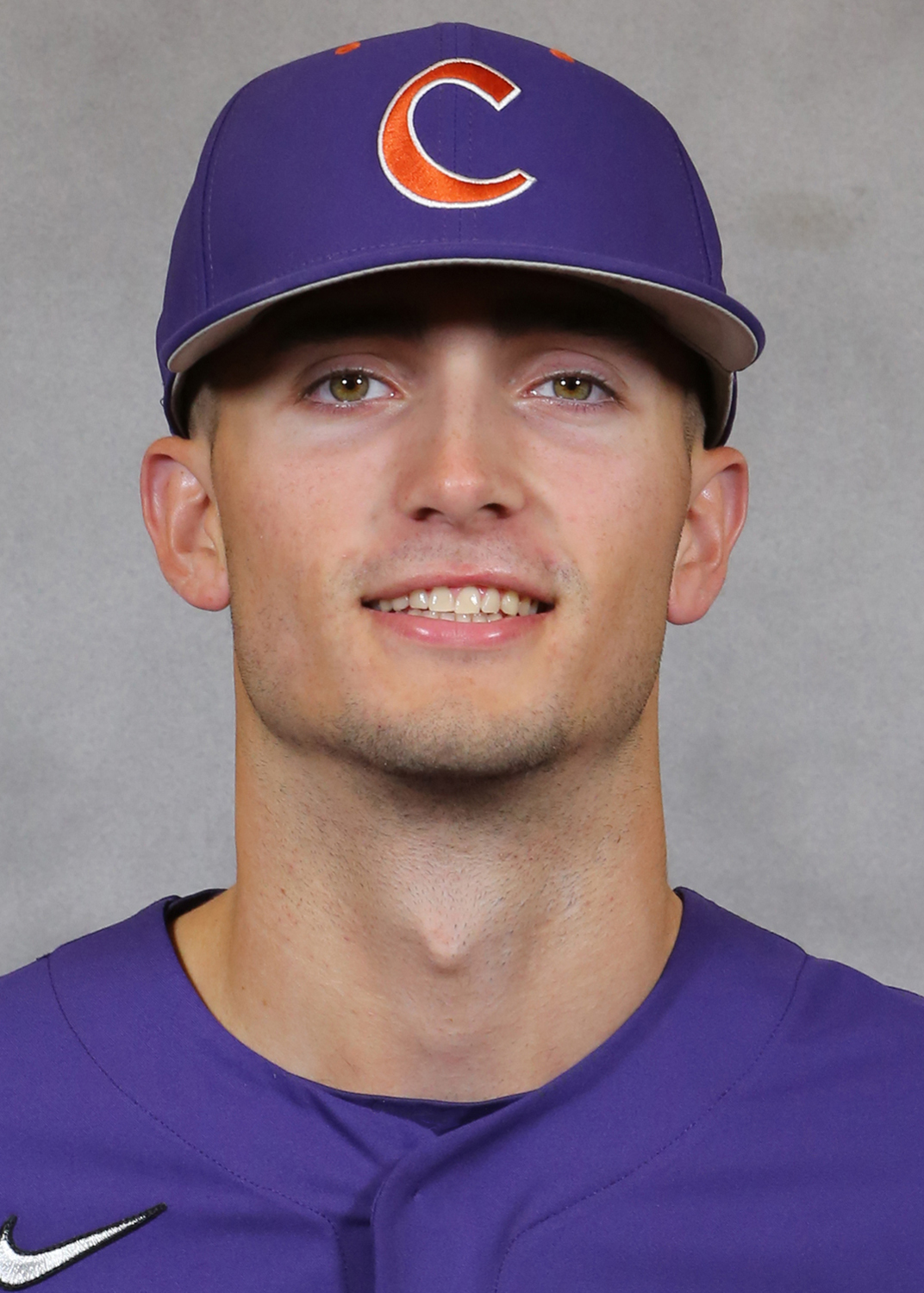 Two-time ACC Academic Honor Roll member … lefthander who saw limited action as a freshman, but saw an increased role as a reliever late in the 2021 season … in 9.0 innings pitched over nine relief appearances and two seasons, he has a 1-0 record and 13.00 ERA while allowing 15 hits (.375 opponents’ batting average) and three walks with eight strikeouts.

2021: ACC Academic Honor Roll member … had a 1-0 record and 10.38 ERA in eight relief appearances … in 8.2 innings pitched, he allowed 13 hits (.342 opponents’ batting average) and two walks with eight strikeouts … only allowed one of his eight inherited baserunners to score … held opponents to 2-for-14 (.143) with runners in scoring position … pitched 1.2 innings in relief, allowing one hit, no runs and no walks at Georgia Tech on May 7 … pitched 0.2 innings in relief, allowing no runs and no walks with one strikeout to earn his first career win against No. 16 South Carolina on May 11 … pitched 1.1 perfect innings in relief with one strikeout against Duke on May 20.

2020: Received a redshirt from the NCAA with the season’s suspension on March 12 and cancellation due to a coronavirus (COVID-19) pandemic … ACC Academic Honor Roll member … had an 0-0 record and 81.00 ERA in one relief appearance … in 0.1 innings pitched, he allowed two hits (1.000 opponents’ batting average), no homers and one walk … played for Lexington County in the Coastal Plain League in the summer, where he was 0-1 with an 8.44 ERA and 14 strikeouts in 10.2 innings pitched over five appearances (two starts).