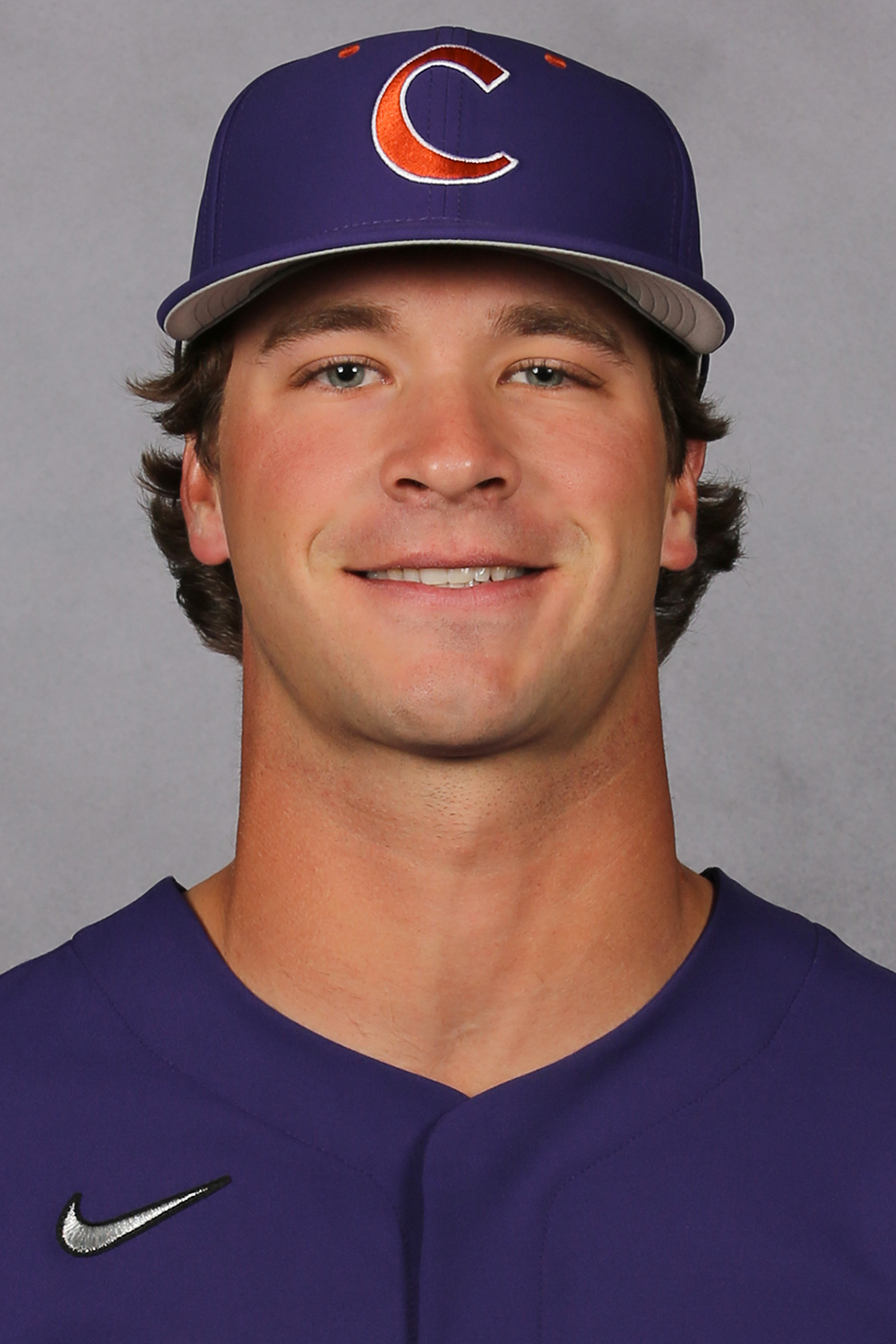 2021: Redshirted while recovering from an injury … played for Strasburg in the Valley League in the summer, where he hit .326 with 11 doubles, a triple, 11 homers, 41 RBIs, 40 runs and 14 steals in 41 games; Valley League All-Star Game selection.

2020: Received a redshirt from the NCAA with the season’s suspension on March 12 and cancellation due to a coronavirus (COVID-19) pandemic … ACC Academic Honor Roll member … hit .233 with four runs, a double, homer, three RBIs, a .367 slugging percentage, .351 on-base percentage and six walks in 12 games (nine starts, including five in left field and four at first base) … tied for the team lead in sacrifice bunts (1) … Clemson had a 9-0 record in his nine starts … was 7-for-16 (team-high .438) with a team-high .524 on-base percentage in six games (five starts) in March … went 3-for-5 with a homer and team-season-high three runs against Boston College on March 7 … went 2-for-4 with an RBI, a walk and a walkoff single in the 11th inning against Winthrop on March 11.

Before Clemson: North-South All-Star Game selection … three-time all-state and four-time all-region … team MVP as a junior and senior … member of the state championship team as a freshman … member of the region championship team as a freshman, sophomore and senior … lettered four times in baseball and two times in football at Ninety Six High School, where he was coached by Chad Ellis.

• Favorite hobbies – Going to the lake, hanging out with friends, hunting and fishing
• Interesting fact about family/parents – His grandfather played baseball for the Expos and Dodgers
• One fact that most people don’t know – Has been to over 20 states and five countries
• Favorite food or candy – Escargot
• Proudest childhood accomplishment – Saved eight puppies and found them all homes when he was 15
• Ideal vacation spot – Any beach with good weather and a breeze
• Childhood hero – His father
• One person, living or dead, to eat dinner with – Plato