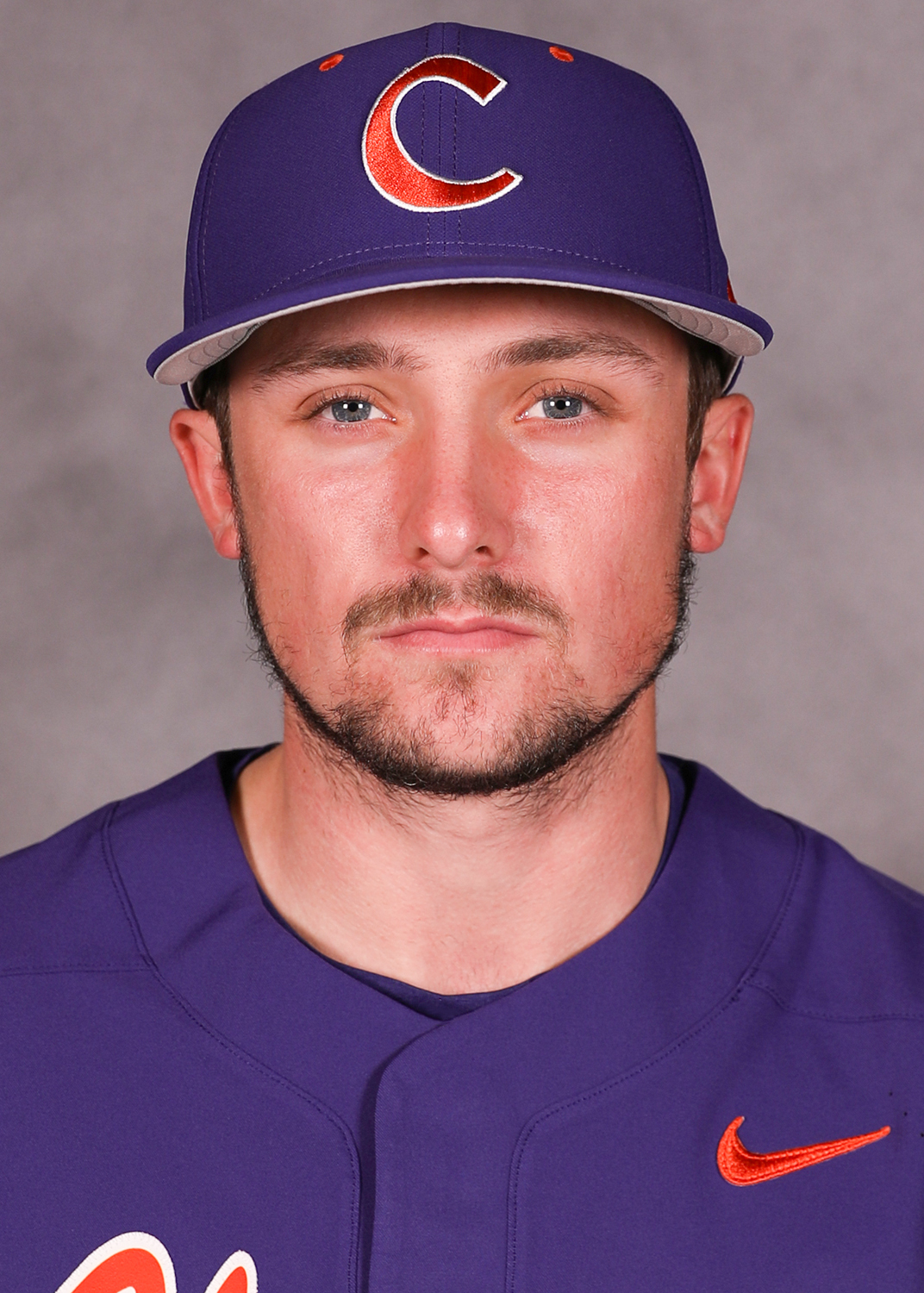 Two-time ACC Academic Honor Roll member … versatile infielder who was a starter and appeared off the bench as a freshman in 2020 … a career .148 hitter with a .281 on-base percentage in 14 games (eight starts) over two active seasons … has two doubles, five runs, two walks, three hit-by-pitches and two steals.

2020: Received a redshirt from the NCAA with the season’s suspension on March 12 and cancellation due to a coronavirus (COVID-19) pandemic … ACC Academic Honor Roll member … hit .154 with five runs, two doubles, a .231 slugging percentage, .290 on-base percentage, two walks, three hit-by-pitches and two steals in 11 games (eight starts, including seven at second base and one at third base) … tied for the team lead in sacrifice bunts (1) … did not commit an error in 26 chances … Clemson had an 8-0 record in his eight starts … was 4-for-12 with a .500 on-base percentage with the bases empty … was 4-for-12 after the fifth inning … had a team-season-high two hit-by-pitches and scored the game’s only run against Liberty on Feb. 15 … hit a single in the 10th inning and scored the walkoff run against Stony Brook on Feb. 22 … played for High Point-Thomasville in the Coastal Plain League in the summer, where he hit .171 with three doubles, six RBIs, 10 runs and four steals in 17 games.

2019: Redshirted as a member of the developmental squad … No. 130 freshman in the ACC in the preseason by Perfect Game … played for Gastonia in the Coastal Plain League in the summer, where he hit .262 with four doubles, 15 RBIs, 23 runs, a .466 on-base percentage and 14 steals in 42 games.

Before Clemson: North-South All-Star Game selection … all-state and all-region … team MVP as a senior … member of four conference championship teams … lettered five times in baseball, including at Easley High School, where he was coached by Josh Warner.

Personal: His father, Greg, an assistant coach at UNC Greensboro, was the volunteer assistant coach at Clemson (2016-19) and played two years at UNC Asheville in 1985,86 … majoring in sports communication … born McGwire Matthew Starbuck on Dec. 13, 1998 in Kernersville, N.C.