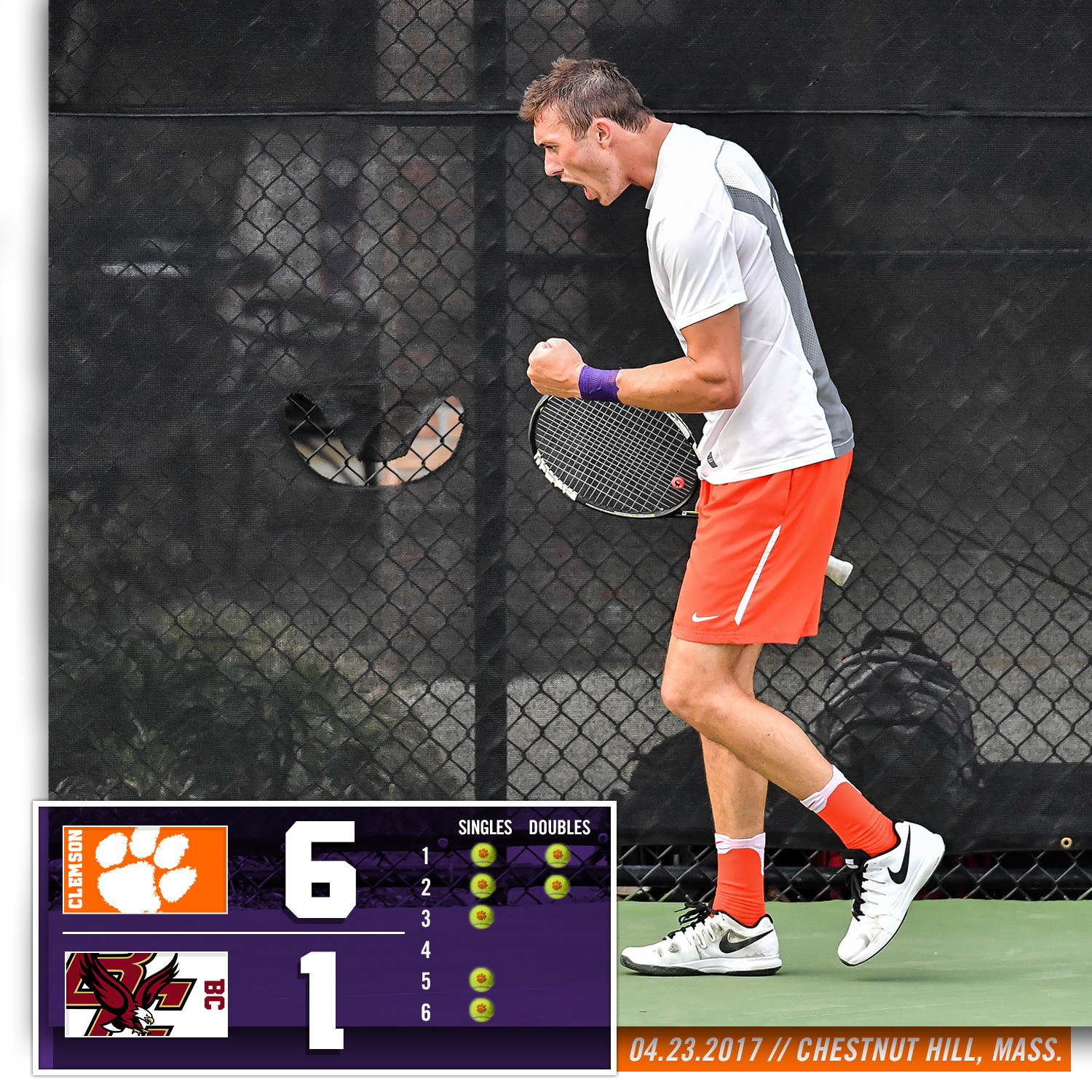 CHESTNUT HILL, Mass. – The Clemson men’s tennis team defeated Boston College in the final regular season match on Sunday afternoon, 6-1. The Tigers improve to 9-15 (2-10 ACC), while the Eagles fall to 4-17 (0-12 ACC). With the win, Clemson earns the 11-seed and a first-round bye in the ACC Tournament where they will meet the sixth-seeded Florida State Seminoles on Thursday, April 27 at 10 a.m.

Clemson came out on top in the much-needed doubles point in today’s match. Senior Daffra Sanon and junior Sam Edwards were first off the courts after winning on court one, 6-3. Boston College then took court three to force the deciding match to court two. Junior Alex Favrot and senior Robert Dudley came up clutch on court two for the Tigers to clinch the doubles point, 6-4.

Favrot took his doubles momentum into singles play where he cruised on court one, 6-0, 6-0 to increase the Tigers lead to 2-0. Clemson extended its lead to 3-0 after Edwards was victorious on court three, 6-4, 6-0. The Eagles cut into the lead making it 3-1 with straight sets on court four. Sanon went on to clinch the final regular season match of the year for the Tigers on court two, 7-5, 6-3. Freshman Carlos Kelaidis won 6-3, 2-6, 1-0(1). Brent Lett picked up the sixth and final point for the Tigers after he won an 8-game pro set, 8-7(4).

The ACC Tournament will take place from April 26-30 in Rome, Ga. The three-seeded North Carolina Tar Heels wait for the winner of Clemson and Florida State.