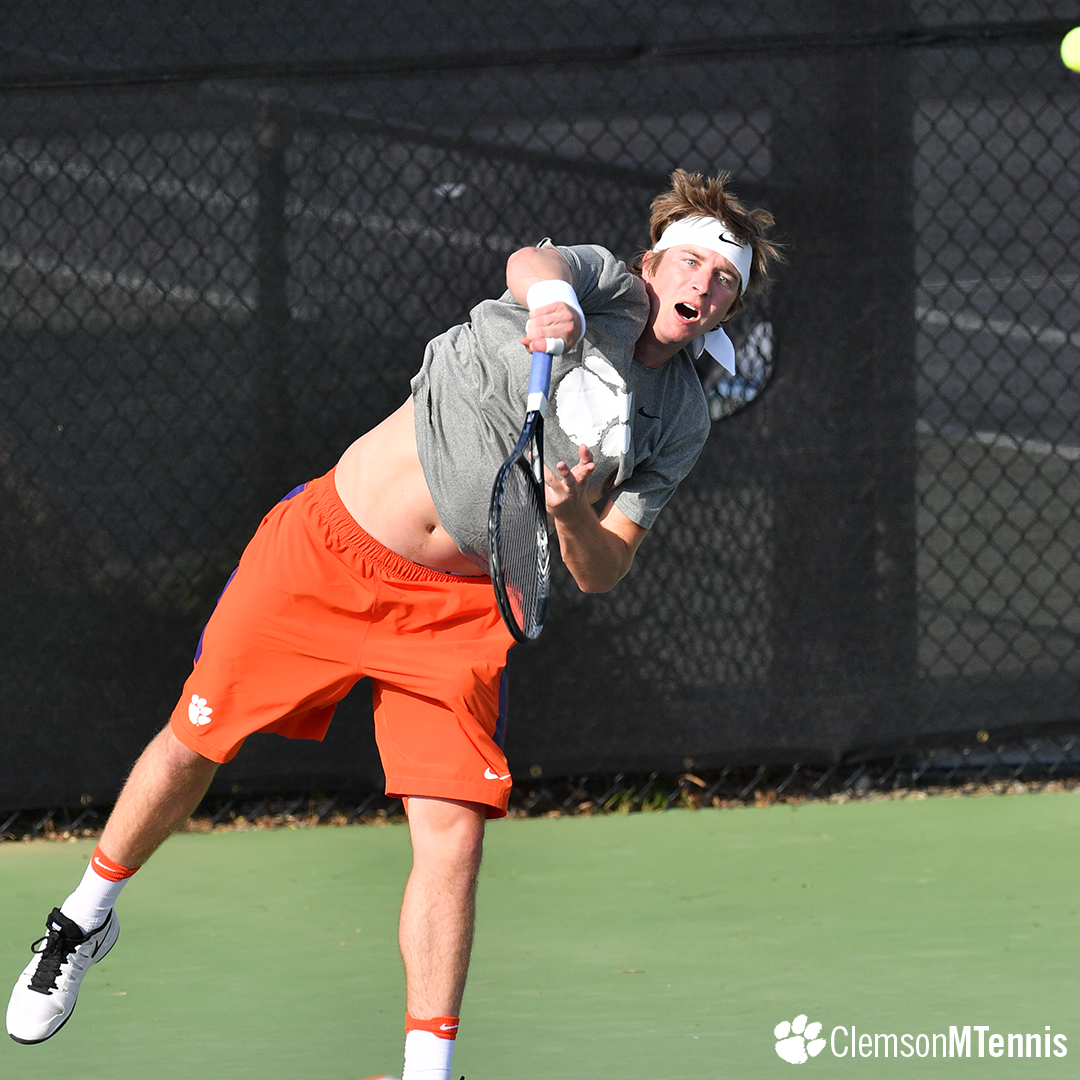 Despite a valent effort by the Tigers in doubles play the No. 1 team in the country snuck away with the doubles point. On court two the Tigers fell 6-3 but forced tiebreaks on courts one and three. Senior Daffra Sanon and junior Sam Edwards battled the entire match and took down the No. 1 doubles team in the country, 7-6(5). On court three Seniors Brent Lett and Christian Harris fell just short of clinching the doubles point falling, 7-6(6).

In singles play the Demon Deacons continued their success that they have had all season as the nation’s best. They would clinch the match after winning on courts one, three and four in straight sets. The remaining three matches would be played out, and Christian Harris picked up the lone point for the Tigers at No. 6, 7-6(5), 6-2.

Clemson returns to the courts Sunday, March 26 against the North Carolina State Wolfpack. The match is set to begin at 1 p.m. at the Hoke Sloan Tennis Center in Clemson, S.C.