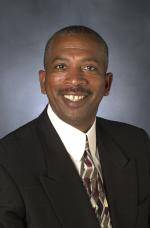 Oliver Purnell, who led Dayton to a 24-6 record and a top four seed in the NCAA Tournament this past season, will be introduced as Clemson’s 21st head basketball coach at a 2:30 PM news conference in Clemson on Sunday afternoon. Purnell succeeds Larry Shyatt, who resigned March 17.

This past season, Dayton had a 24-6 overall record, including a 14-2 mark in the Atlantic 10 Conference. Seven of the wins were on the road, the most road wins for the Flyers in 33 years. Purnell’s team then won the Atlantic 10 Tournament with a victory over Temple and Hall of Fame Head Coach John Chaney, 79-72. The most recent season also included a victory over Marquette, who is competing in the Final Four of the NCAA Tournament this weekend, and a top 20 Cincinnati team.

The victory total was the most for the Dayton program since the 1966-67 team won 25 games. The season included a nine-game winning streak, the longest for the Flyer program since 1989-90 and the squad finished 16th in the final regular season poll by the Associated Press. At the conclusion of the season he was named a finalist for the Naismith Award, which is presented to the National Coach of the Year.

Purnell was named the head coach at the University of Dayton on April 8, 1994, just the fourth head coach of that program since 1947. He inherited a program that had won just 17 games the previous four seasons combined. The team was ranked 209th in the Sagarin rankings in 1994. This year he had the program ranked in the top 20 of the AP poll much of the season.

Purnell’s student-athletes have been successful on and off the court. In his nine seasons at Dayton, all but two of his four-year players graduated.

Prior to taking the reins at Dayton, he spent three years as head coach at Old Dominion, his alma mater. He compiled 57 wins in those three years and took the program to three postseason appearances. His team won the CAA Tournament in 1991-92 and advanced to the NCAA Tournament. In each of his final two seasons at Old Dominion his teams claimed the CAA regular season championship, won 21 games and advanced to the NIT. Following the 1992-93 campaign he was honored as the CAA Coach of the Year, the NABC District IV Coach of the Year and the Coach of the Year in the state of Virginia.

Purnell began his collegiate head coaching career at Radford in 1988-89. In 1990-91, his third year, he led Radford to a 22-7 record, a 15-game improvement over the previous year. It was the third largest single season improvement in NCAA history at the time.

He was the senior co-captain and MVP of the 1975 Old Dominion team that won the Division II National Championship. He was the most valuable player of the national championship game and finished his career with 1090 points and 476 assists. A sixth-round selection of the Milwaukee Bucks in the 1975 NBA draft, he was inducted into the Old Dominion Athletic Hall of Fame in 1988. He was an honorable mention All-American that year.

A native of Berlin, Maryland, Purnell was born May 19, 1953. He and his wife Vicky have two children, Olivia and Lindsay.