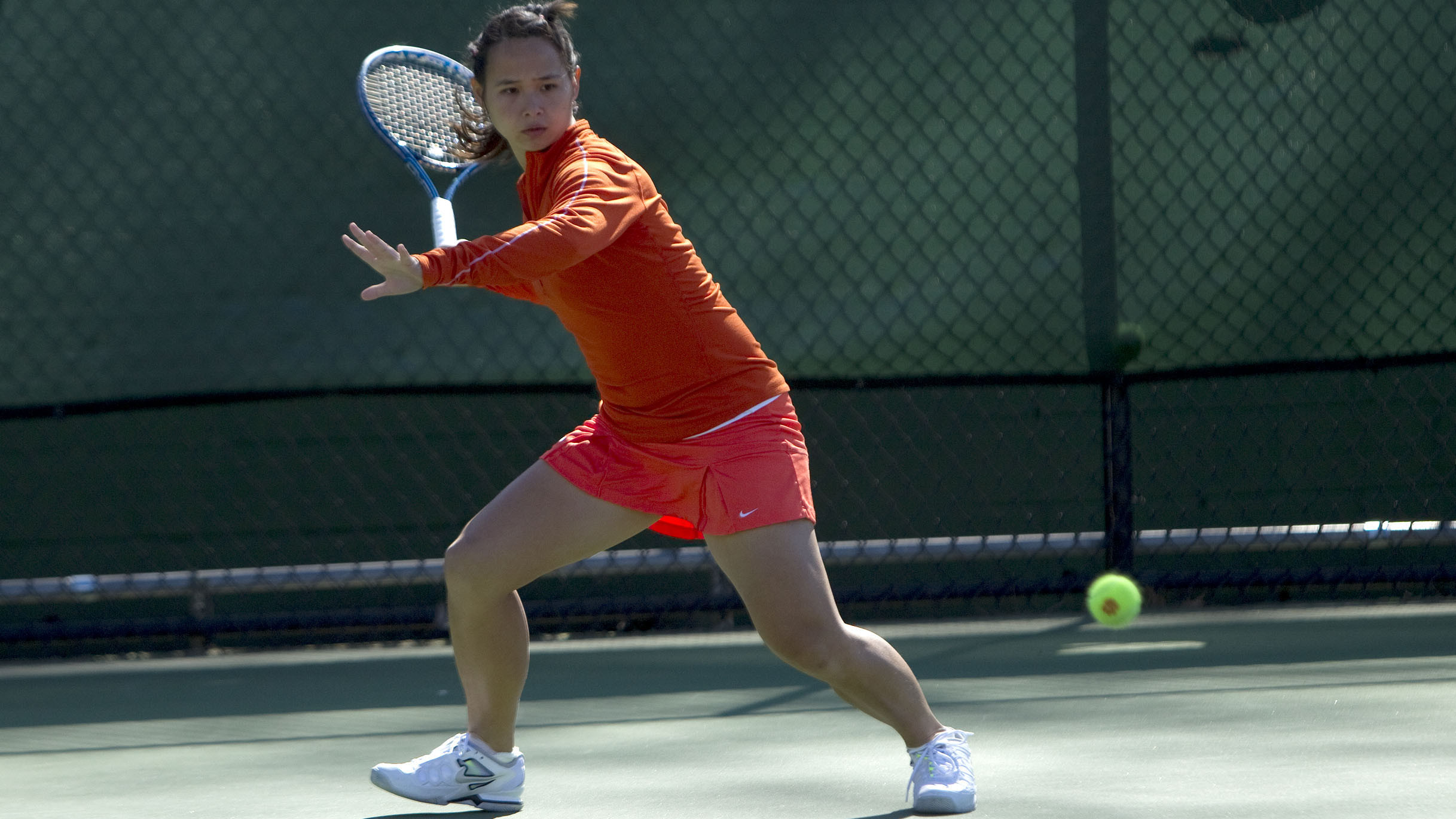 CLEMSON, SC – The No. 14 Clemson women’s tennis team will take on Virginia Tech and No. 17 Virginia at the Hoke Sloan Tennis Center this weekend. The Tigers (10-6, 5-2 ACC) will play the Hokies (13-7, 2-5 ACC) at 11:00 am on Saturday and the first-place Cavaliers (13-7, 6-1 ACC) at noon on Sunday.  Live scoring will be available for both matches, which also marks the program’s reunion weekend. The first 75 fans at Saturday’s match will receive a free t-shirt, and one fan will have the opportunity to win $10,000 in a serving contest. Sunday, 50 fans will receive t-shirts, and free Tiger Paw temporary tattoos will be available for children.  Virginia Tech has lost five in a row overall entering the weekend, and were most recently swept at NC State and Wake Forest last weekend. Clemson is 14-3 all-time against Virginia Tech, and 9-1 in contests played at home.  Virginia is one of the hottest teams in the nation, having won ten of their last 11, including an upset of No. 1 North Carolina two weeks ago. Their only loss during the run was to No. 7 Duke in Durham. Clemson is 34-6 all-time against the Cavaliers, with a 16-2 record in home matches. Last season, two weeks after Clemson won in Charlottesville, 6-1, the Cavaliers knocked the Tigers out of the ACC Tournament, 4-1. The Cavaliers currently sit one match ahead of Clemson in the ACC standings in first place, tied for first place with No. 10 Miami.  Clemson has won six of their last seven matches, and are coming off a 4-1 win at No. 6 Duke on Sunday. Three Clemson players are ranked among the top-33 singles players in the nation in No. 17 Yana Koroleva, No. 24 Liz Jeukeng, and No. 33 Beatrice Gumulya. The rankings are career-highs for both Jeukeng and Gumulya, and Clemson and Southern California are the only two teams in the nation with three players among the top-33.  Virginia’s Julia Elbaba is ranked 11th overall, while Stephanie Nauta is ranked 66th. After this weekend, Clemson will have just two more matches, on the road at NC State and Wake Forest. The ACC Tournament is in Cary, NC, and takes place from April 25-28. Clemson is fighting for a first-round bye, which goes to the top four seeds.