Each of Amanda Butler’s six seniors took a different path to get to where they are today, but each share a love of the Clemson family and a common goal…the NCAA Tournament.

Tylar Bennett and Destiny Thomas are the only two in this senior class who started their careers at Clemson. Bennett and Thomas each came to Clemson under then Head Coach Audra Smith in 2017 and have developed into starters under Butler and her staff.

Bennett is third in school history in blocks (134), while Thomas earned the starting point guard spot for the Tigers in 2019-20, dishing out a career-high 12 assists in Clemson’s win over Notre Dame.

Off the hardwood, Bennett traveled to Senegal with Clemson’s student-athlete development program for a service trip in 2019, while Thomas graduated in May with an undergraduate degree in sports communications in just three years and participated in the NCAA’s 2020 Career in Sports Forum.

Bennett, a native of Redford, Mich., echoed the sentiment.

“The way I felt when I stepped foot on Clemson’s campus was nothing but genuine love.”

Kendall Spray, a native of Butler’s hometown of Mount Juliet, Tenn., spent the first two years of her college career setting three-point records at Tennessee-Martin. Last season, her first in a Tiger uniform, she set Clemson’s single-season three-point record with 80, including tying the school’s single-game record with eight against Notre Dame. Spray, who is the NCAA’s active leader in career three-pointers, graduated in May with a degree in health science.

“Clemson felt like my home away from home the day I stepped on campus,” said Spray. 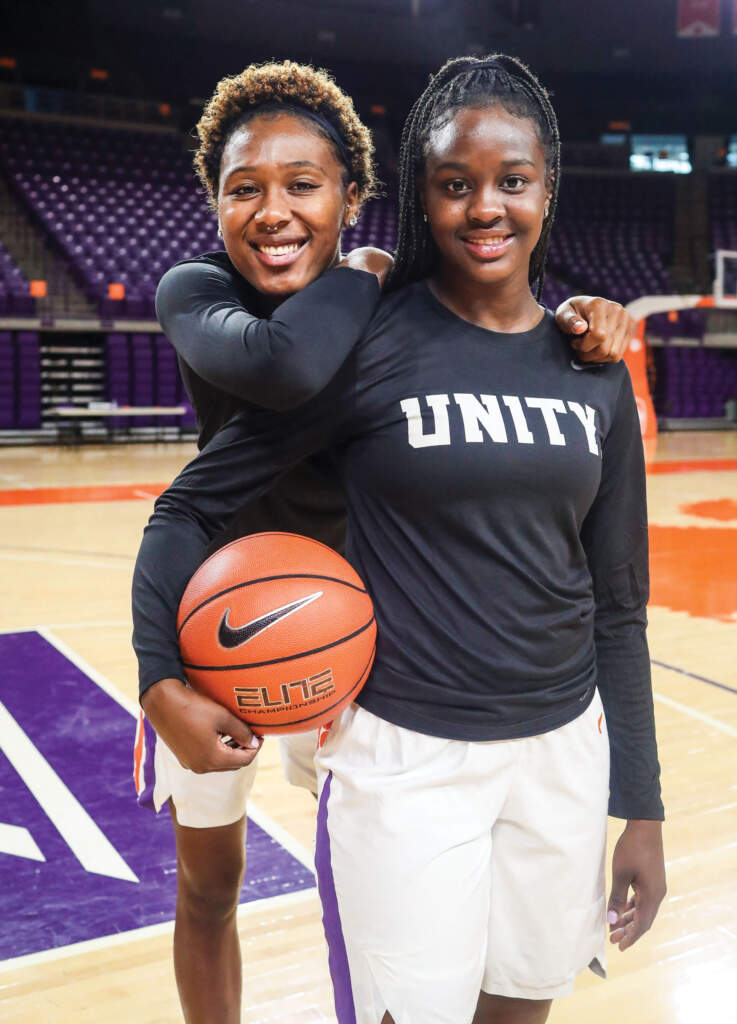 Last season, Meertens split time at the point-guard position and turned in her best game of the year in the season finale when she totaled 20 points against Boston College. Cherry was one of the team’s most productive rebounders, accumulating 80 rebounds in just 21 contests.

“Clemson’s family atmosphere was important to me,” said Meertens. “It was the right fit to help me improve and further my basketball career.”

“The coaches were really genuine and cared about their players as not just basketball players, but also people,” said Cherry, a Laurel, Miss. native. “Clemson women’s basketball values are a big part of how I live my life, and the family atmosphere showed me I belonged here.”

The final piece of the senior class is Delicia Washington, who played for Butler in her final season at Florida. Washington was named SEC Freshman-of-the-Year in 2016-17 under Butler’s guidance and turned in several career highlights, including tallying the third triple-double in program history in 2017-18. “WIP” (Work In Progress), as she’s affectionally referred to by Butler, sat out last season due to NCAA transfer rules, but she looks to provide a big boost for the Tigers this season with her speed and shot-making ability.

“I wanted to come to Clemson to play for Coach Butler,” said the Macclenny, Fla. native. “Her leadership, loyalty, team culture, style of play and love drew me here.”

These are the six players influenced by the Clemson family who strive for one common goal…the postseason.