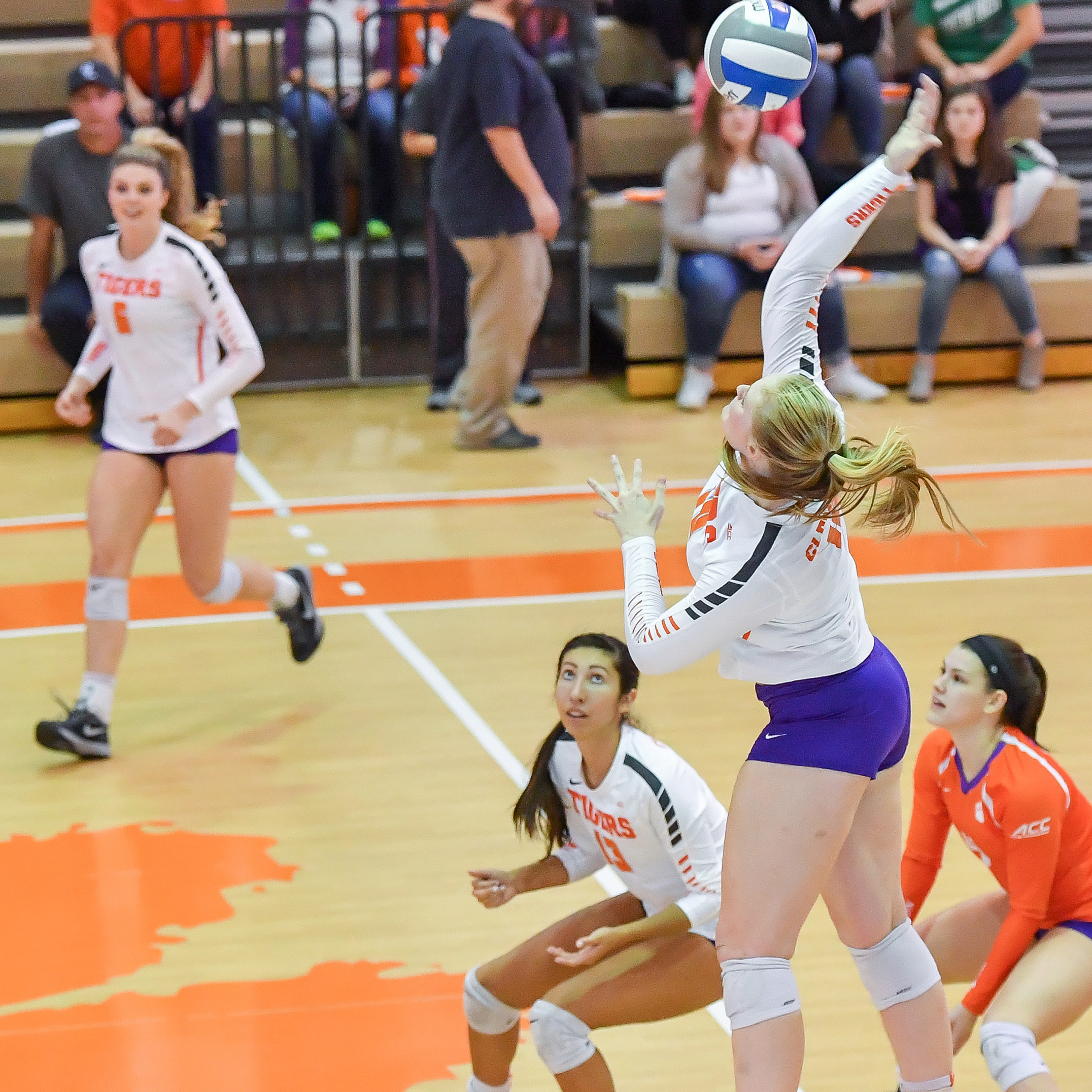 “I loved the way we competed despite missing Kailey and Emily- on top of our other injuries,” said head coach Hugh Hernesman. “Our first and second contact were really consistent. Big credit to Syd in the libero role as well as Leah and Tori in serve receive. And then Taylor and Ally did a good job in their decision-making and putting our hitters in a good position to kill the ball against a very physical block.”

“I’m very impressed with Tori’s match and how she handled the 6-rotation role. She was confident with her swings and played a smart game overall. It’s been fun to watch her grow over the course of the season.”

Woogk enjoyed the best match of her collegiate career against an NCAA Tournament team in Florida State. The freshman outside hitter threw down a career-best 14 kills with just five errors on 37 attempts to hit .243 on the day. Woogk also aced the Seminoles twice with eight digs and a block in the contest. The Keller, Texas native played a significant role in Clemson’s 26-24 victory in the second set as she registered five kills on six attempts with two aces. Three of her five kills in the second came in the final five points of the set, including the one to seal the victory.

Perri matched Woogk with 14 kills and eight digs and tallied an ace as well. Megan McGinley and Keely Hayes finished with seven and six kills respectively while Jaden Light earned five kills on 10 errorless swings. Taylor Daniel and Ally Gamble set the offense to 38 assists, as well as a .333 hitting percentage in the first set and a .267 hitting percentage in the fourth. Gamble was just three digs shy of her first career double-double with Sydney Moseley leading the back row with 10 digs, marking her eighth match of the season with 10 digs or more.