The legacy of coaching greatness that has come to Clemson from the state of Alabama is amazing. That legacy grew in 2020 when former Assistant Coach and current Chief of Football Administration Woody McCorvey became the ninth football coach from Clemson to be named to the state of Alabama Sports Hall of Fame.

No fact documents the influence of coaches from Alabama in the Tiger program more than the previous paragraph.

From 1983-89, McCorvey was an assistant coach under Ford. The Tigers won three ACC championships and finished in the top 25 five times in those seven years. The Tigers totaled 10 wins each of the last three seasons.

When Swinney became the full-time head coach of the Clemson program at the end of the 2008 regular season, McCorvey was one of the first people Swinney called to join his staff. He told the story publicly when he won the 2018 Bear Bryant Award after leading the Tigers to a second national championship in three years.

“I told Woody that I needed him by my side,” said Swinney at the award banquet. “I needed him to help me coach life and help run the program.”

That is why Swinney has always referred to McCorvey as his “National Security Advisor.”

Since Swinney, McCorvey and the rest of the staff have taken over the program, the Tigers have exceeded the 1980s’ success level, something many long-time Clemson fans did not see as possible.

Since 2009, Clemson has made eight ACC Championship Game appearances and won seven titles, two more than the Tigers recorded in the 1980s. Clemson entered this season with a run of 10 consecutive 10-win seasons, the third-longest streak in history.

The most significant accomplishment has been six consecutive College Football Playoff appearances, including two national championships. Swinney and John Wooden are the only college football or men’s basketball coaches to take a program to six straight Final Four appearances.

McCorvey has been involved in college football every year since 1978, when he became an assistant coach at North Carolina Central. In the 43 seasons prior to this year, he has been a part of teams that have won 13 conference championships.

In 2015, McCorvey was honored by the American Football Coaches Association as the winner of the Outstanding Achievement Award at the national convention. It is among the highest awards given each year by AFCA.

With his level of success at many stops, including two eras at Clemson, and his national respect by athletic directors, coaches and players from around the nation, it is little wonder that McCorvey joined the Alabama Sports Hall of Fame, an honor he deeply appreciates.

“I had always known about the Alabama Hall of Fame,” said McCorvey. “I remember noticing when Joe Louis and Bear Bryant were inducted into the first class (1969). I remember when Willie Mays and Hank Aaron were inducted as well.”

I have known McCorvey since he first came to Clemson in 1983. There aren’t many people I respect more in my 40+ years in college athletics. His greatest asset is his ability to make lasting relationships with all people with whom he comes in contact. It is those relationships and the knowledge that he is making a significant contribution to the careers of young coaches, administrators and most of all the players that keeps him going.

His family is also very important in keeping him going. He has won battles against cancer three times, and he could not have done that without the support of his wife, Ann, son, Marlon, daughter-in-law, Brooke, and grandson, Beau.

“I have been very fortunate to be around great people at every stop of my career,” added McCorvey. “It has been an enjoyable experience, and it continues to be at Clemson.” 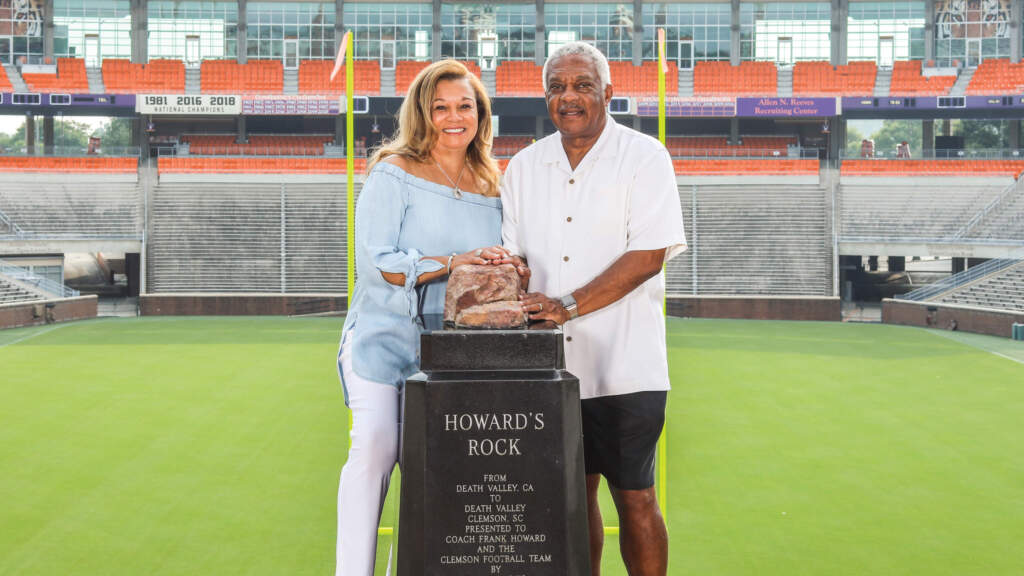