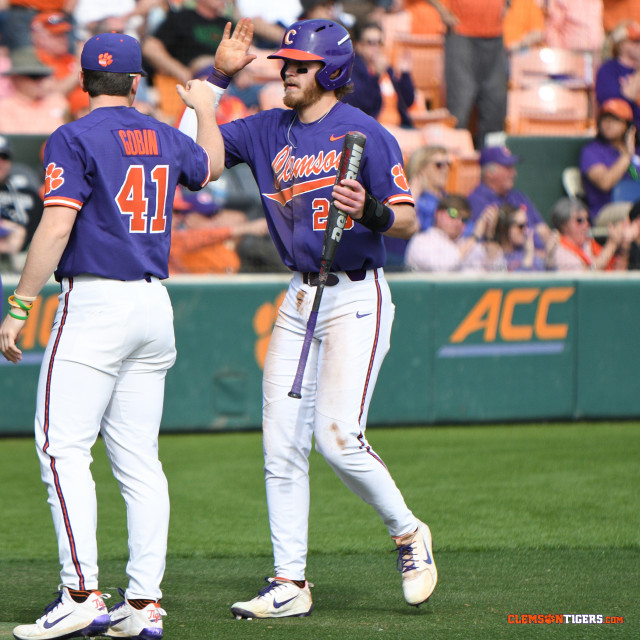 CLEMSON, S.C. – No. 10 NC State put its leadoff batter on base in the third, fourth, fifth, sixth, seventh and ninth innings, and all six scored in its 6-1 win over No. 2 Clemson at Doug Kingsmore Stadium on Saturday afternoon. The Wolfpack took a 2-0 lead in the series and improved to 17-3 overall and 4-1 in the ACC. The Tigers fell to 16-3 overall and 3-2 in ACC play.

Kyle Wilkie lined a run-scoring single in the second inning to put the Tigers up 1-0, then NC State scored single runs in the third, fourth, fifth, sixth, seventh and ninth innings, highlighted by Evan Edwards’ homer in the sixth.

Wolfpack starter Brian Brown (4-0) earned the win by allowing just five hits, one run and four walks with eight strikeouts in 6.0 innings pitched. Reid Johnston pitched the final 3.0 innings to record his fourth save of the season. Tiger starter Brooks Crawford (1-1) suffered the loss, as he surrendered four hits, three runs and one walk with three strikeouts in 4.1 innings pitched.