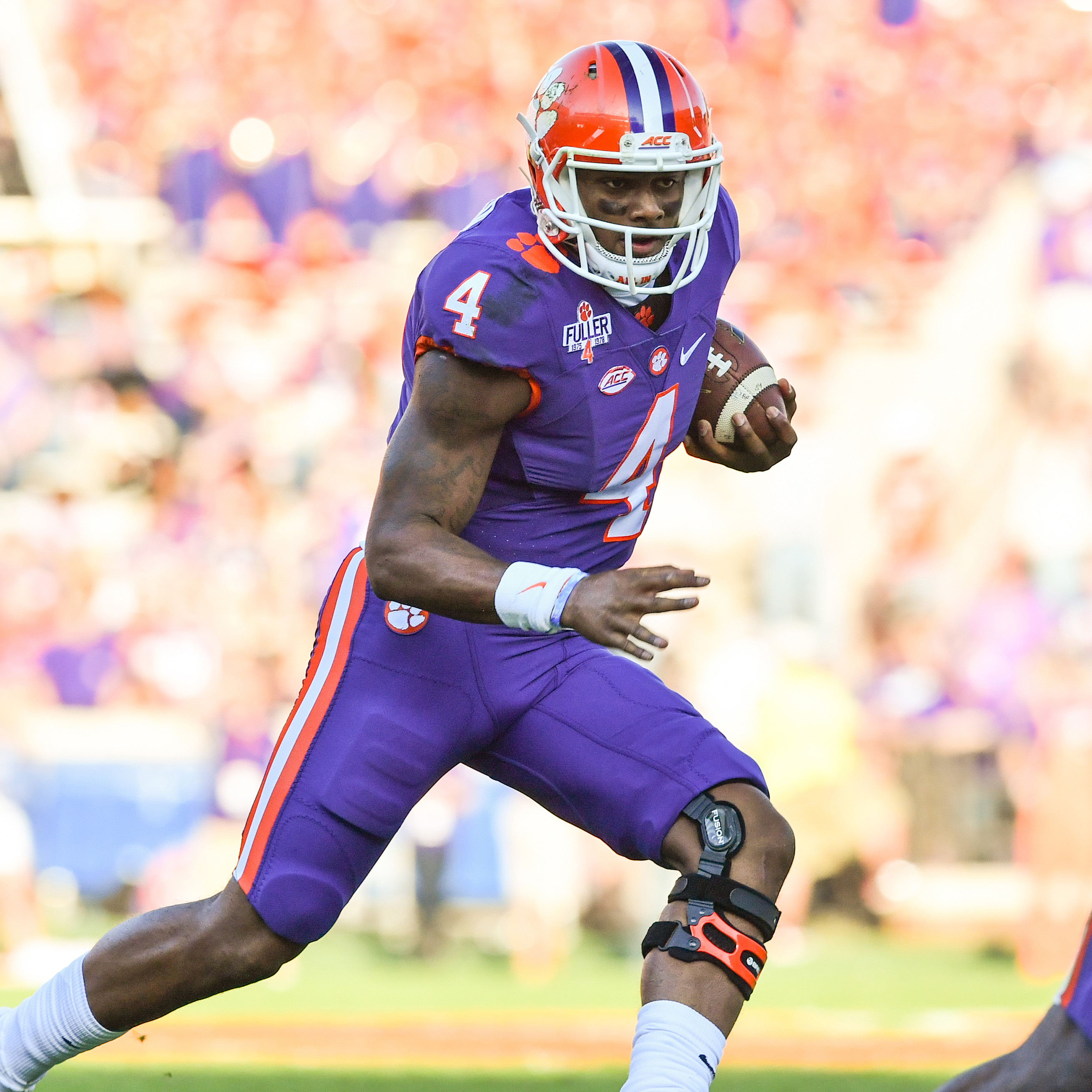 Clemson, S.C.—Clemson quarterback Deshaun Watson has been named the winner of the 2016 Johnny Unitas Golden Arm Award. The award is presented each year by the Golden Arm Foundation to the top senior quarterback in college football.

It is named in honor of former NFL All-Pro Johnny Unitas, who led the Baltimore Colts to the 1958 NFL Championship and was a four-time recipient of the league’s Most Valuable Player Award.

By winning the Unitas Award, Watson has now achieved the “Triple Crown” of quarterback awards over his career. He won the Manning Award and the O’Brien Award last year. He is also a finalist for those two honors this year.

The native of Gainesville, Georgia who is a junior in eligibility, but will receive his undergraduate degree on December 15, led Clemson to the ACC Championship last Saturday in a 42-35 victory over Virginia Tech.   It was the second consecutive year Clemson has won the ACC title, the first time the program has done that in 28 years.   He is the first Clemson quarterback to lead the Tigers to back-to-back conference crowns since Rodney Williams led Clemson to three straight league crowns from 1986-88.

Watson was 23-34 for 288 yards and three touchdowns passing and added a team best 85 yards rushing on 17 carries and scored twice against Virginia Tech. He was named the Most Valuable Player of the ACC Championship game for the second consecutive year.

Watson has finished strong, connecting on 138 of 186 passes for 1586 yards and 15 touchdowns over the last five games. That is a 74 percent completion percentage. He has had 20 touchdowns rushing and passing over the five games and averaged