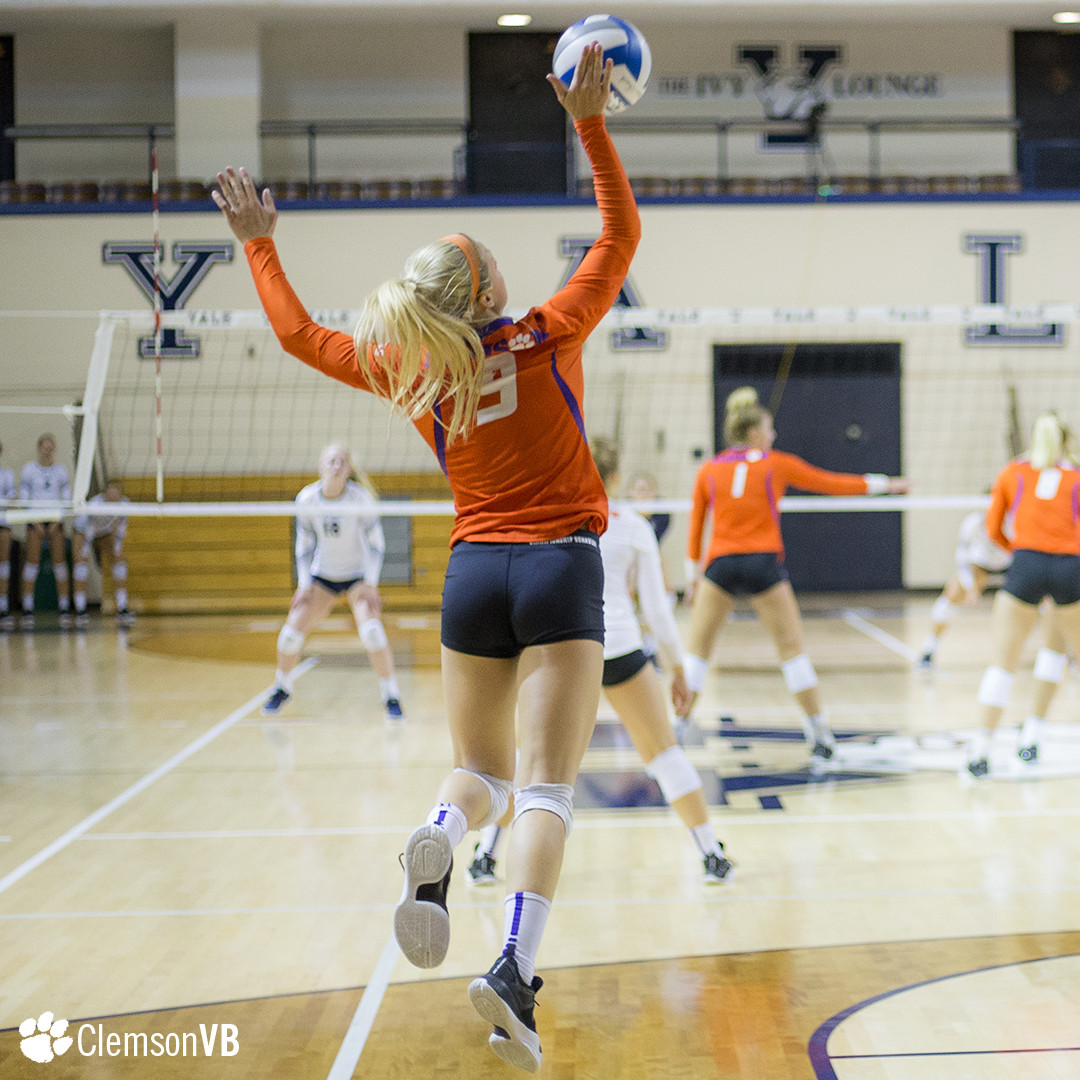 NEW HAVEN, CONN. – The Clemson volleyball team fell to Yale, 3-0 (21-25, 20-25, 20-25), in the final match of the Yale Invitational in the Payne Whitney Gymnasium. Clemson, now 4-3 on the season, will look to regroup as the Tigers hit the road this coming Saturday for the Auburn Invitational. Sophomore outside hitter Kaylin Korte garnered all-tournament honors after averaging 4.20 kills per set and 3.20 digs per set in the three matches played.

“I thought that we started heading back in a positive direction in regards to getting back to our team identity and what Clemson volleyball is becoming,” said head coach Michaela Franklin after the match. “I think getting a win this weekend helped us kind of get that monkey off our back, and let us re-shift our focus on our identity, and who we are becoming.”

Korte had her best match offensively of the tournament against the Bulldogs, totaling 17 kills, while hitting .481. The sophomore from Morris, Ill., also added eight digs and two block assists. Keely Hayes, Megan McGinley and Jaden Light all tallied six kills on the night. Light led the Tigers with four block assists.

Clemson faces South Alabama (1-3) at 1 p.m. (ET) on Saturday, followed by Auburn (4-1) at 7 p.m. (ET). Saturday’s match against Auburn will air on SEC Network+. Live stats for both matches can be accessed on ClemsonTigers.com.

“I think we were a little lower-error. We were ball-controlling better, getting the ball up to Caroline [Pearson], which allowed us to assert our middles,” said Clemson head coach Michaela Franklin. “Both Megan [McGinley] and Jaden [Light] had a good stat line for us today. I also thought that from a defensive standpoint, we were getting more blocks and good touches on the blocks, which allowed us to ball control, and transition the ball out.”

Clemson jumped out to an early lead in the first set, taking a 15-11 lead midway through the first before going on to win, 25-19. The Tigers held momentum early in the second set, but six straight Delaware points an 11-9 lead. After trailing, 15-12, a Clemson timeout initiated a four-point run, a deficit Delaware could not recover from. The Tigers went on two take set two, 25-23. In the third set, Clemson grabbed a 17-11 lead, going on to win the final set with ease, 25-19.

“We’re still a very young team and inexperienced and so we have to ride the roller coaster a little bit. What I was proud of is that we stayed consistent with our intensity and our energy that we were giving on our side of the net,” said Franklin. “That’s where our focus has been — to remain consistent with that instead of going up and down with our emotional intelligence.”

The Tigers conclude the Yale Invitational Saturday evening as they take on the Bulldogs (1-0) at 7 p.m. Saturday’s nightcap against Yale will stream on the Ivy League Network. Live stats can be accessed on ClemsonTigers.com. 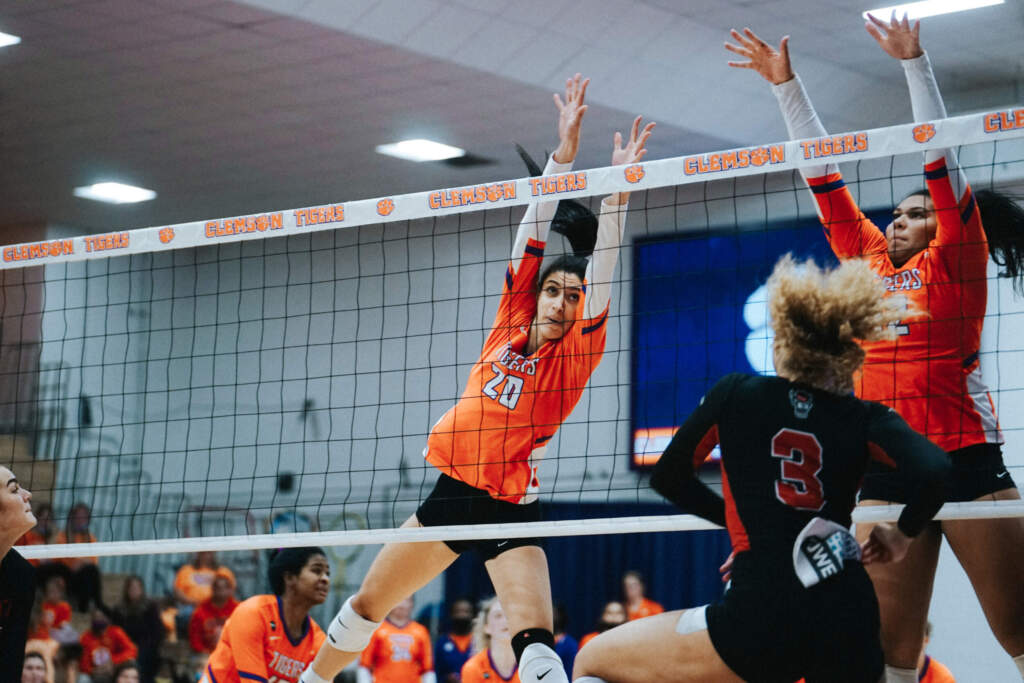