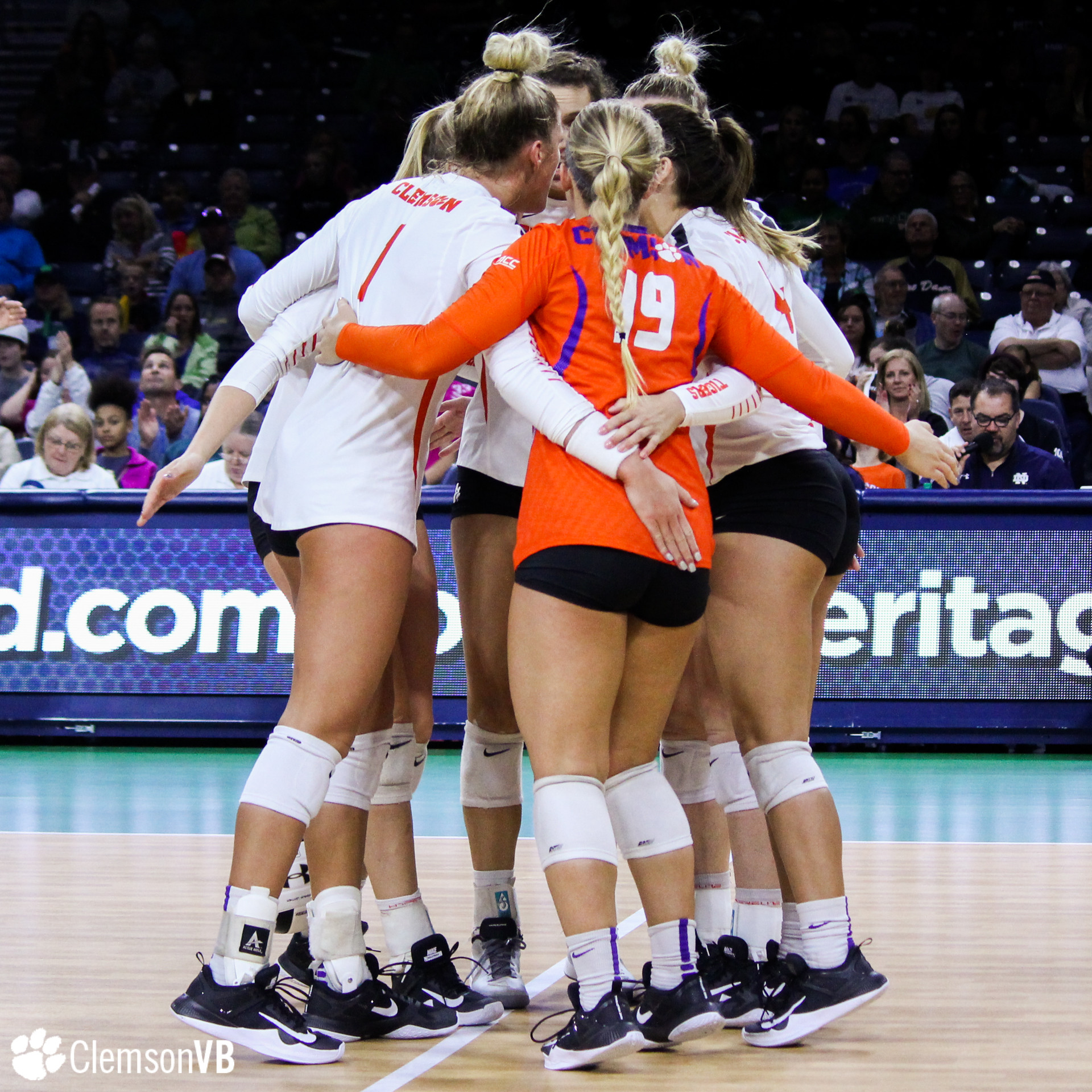 “I thought we were a little too high-error today, but Notre Dame did a good job of being smart with the ball,” said Clemson head coach Michaela Franklin. “I do like how we competed in a few of those sets and what our players, as a whole, were bringing from an energy standpoint.”

Notre Dame went on an early 16-8 run to open the first set. Korte then pummeled three consecutive kills to narrow the Tiger deficit to 16-11. Notre Dame responded with a 3-0 run of their own before going on to claim the set, 25-14.

The Fighting Irish carried their momentum from the first set into the second, leaping out to an 18-9 lead, prompting a Clemson timeout. Coming out of the timeout, Clemson and Notre Dame went back and fourth scoring five points each before Clemson strung together a 4-0 run. A Keely Hayes kill from freshman libero Madi Howell put Hayes behind the service line. With the score in favor of the Irish, 23-14, Clemson tallied three straight points with Hayes behind the service line, including kills from Korte and junior outside hitter Kailey Harvell. A Harvell attack error gave Notre Dame set point as the Irish went on to take the second, 25-19. Clemson ended the second on a 9-5 run.

Clemson kept it close midway through the third, trailing Notre Dame 10-11 before the Irish went on a 4-0 run with Ryann DeJarld behind the service line for three straight points. A Clemson timeout interrupted Notre Dame’s run as the Tigers took the next two points after back-to-back Irish errors. From there, Clemson could not sustain momentum as Notre Dame embarked on another 4-0, one that the Tigers could not recover from. The Fighting Irish went on to take the set, 25-17, and match.

The Tigers return home to Jervey Gym Friday as they take on Boston College (5-13, 2-6 ACC). Friday’s contest against the the Eagles will air on ACC Network Extra. Live stats can be accessed on clemsontigers.com. Boston College was swept by Pittsburgh in Chestnut Hill, Mass., Sunday afternoon.