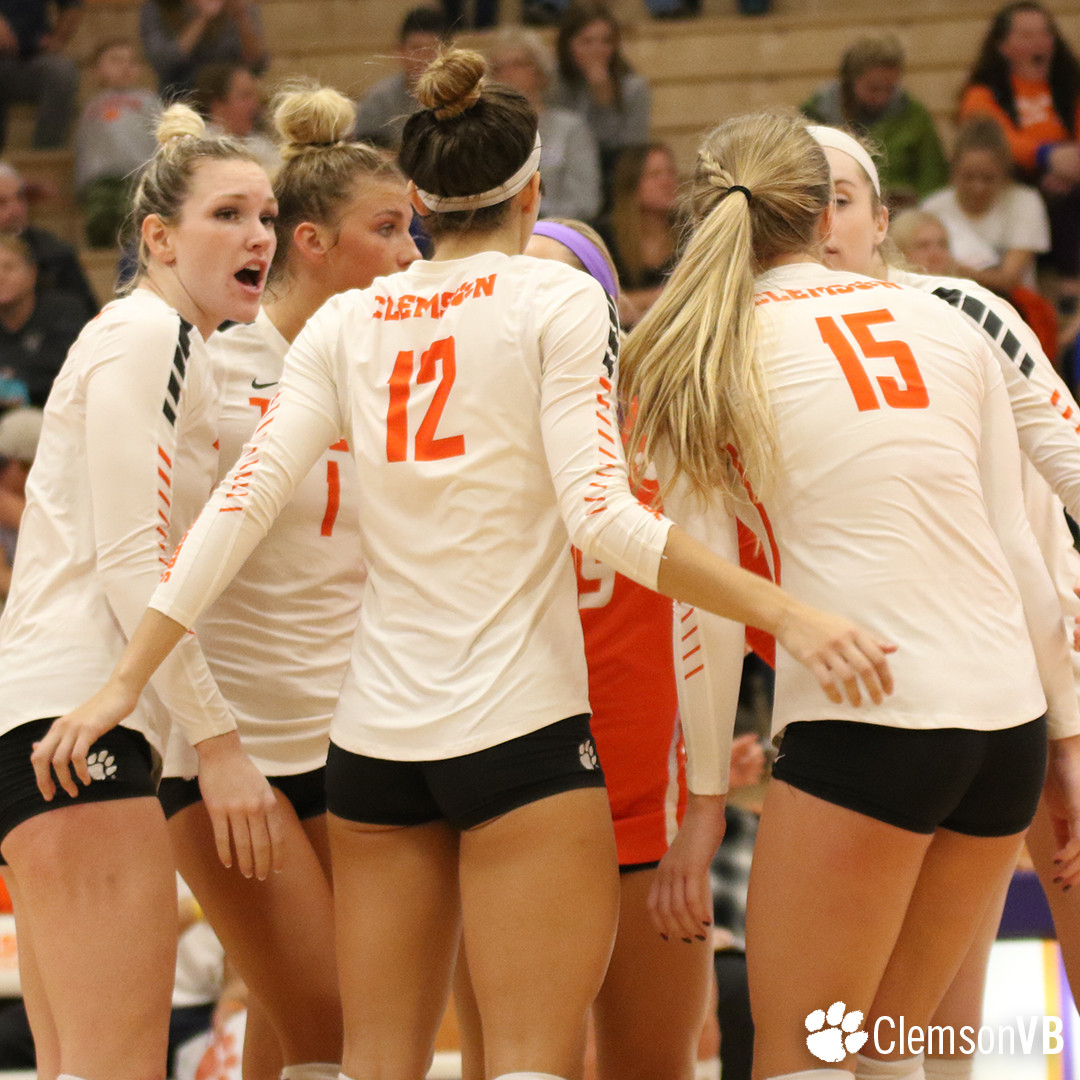 “I think our team was a little over-amped in the beginning, so it took us a while to settle down and dial in,” said Clemson head coach Michaela Franklin. “I liked how we came out in the third set. I also thought Madi Howell, in particular, did a good job of being aggressive on the service line in the third set towards the end. We needed our team to have that serving mentality for the entire match, which I think would’ve given us a better chance at winning the match today.”

Duke senior outside hitter Cadie Bates started behind the service line to open the match for the Blue Devils, serving for the first six points of the match before Franklin called timeout. The Tigers regrouped, siding out after the Clemsons timeout. The Tigers stayed within reach until the 16-11 mark at which point the Blue Devils sparked 8-0 run to give Duke set point (24-11) before going on to win the set, 25-12.

Clemson grabbed its first lead of a set on the opening play of the third set on a Deloney kill. With Clemson leading, 6-5, Duke went on a 7-1 run to take a 12-7 lead midway through the set. The Tigers answered with an 8-1 run of their own to take a 16-15 lead. From there, the two teams tied four more times in the set before Duke pulled away, closing out the match on a 6-2 run. Duke took the third set (25-21), which saw seven lead changes and 10 tie scores.

Up next, Clemson travels to Charlottesville, Va., Friday, Nov. 3 for a 7 p.m. nightcap against Virginia before heading to Blacksburg, Va., to take on Virginia Tech Sunday at 1 p.m. Both contests will air on ACC Network Extra. Live stats for both matches can be accessed on clemsontigers.com.