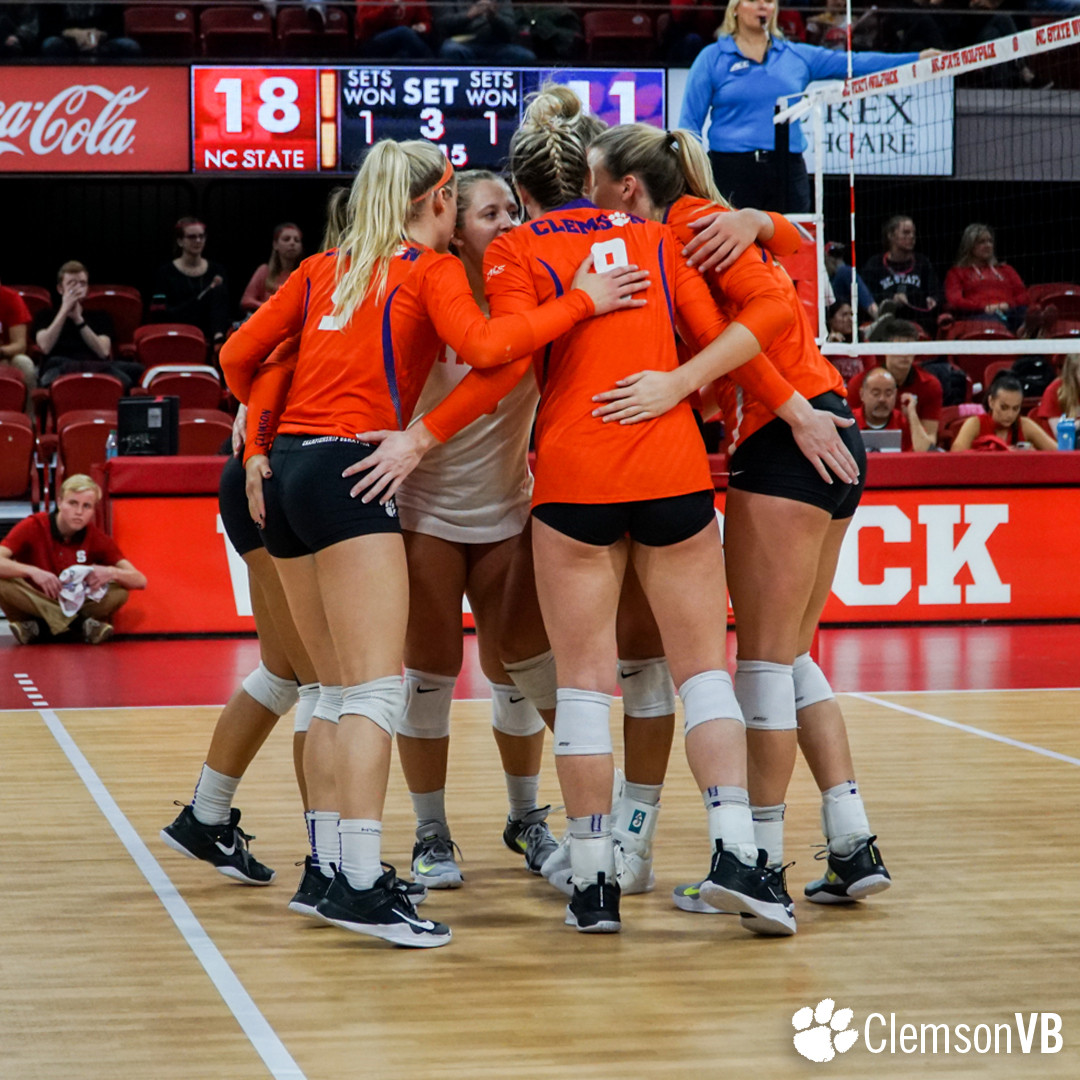 The two teams were even to open the first at 6-6 before the Tigers pushed out to a 15-10 lead heading into the media timeout. Clemson extended its lead, 19-12 on kill by junior middle blocker Megan McGinley that was assisted by senior setter Keely Hayes. From there, the Wolfpack embarked on an 8-0 run to take a 20-19 lead. The Tigers traded four straight points with the Wolfpack, but another unanswered NC State run sealed the set, 25-21, for the home team.

Despite the late-set collapse, Clemson rebounded early in the second, pushing out to a 6-2 lead that featured kills from McGinley, Kailey Harvell, Jaden Light and Kaylin Korte. The Wolfpack would take the next two points, but Clemson initiated an 8-2 run, which saw senior defensive specialist behind the service line for three straight Tiger points. Clemson would gain a 23-15 lead, but NC State kept things interesting late in the second, cutting the Tiger lead to four with a 4-0 run. A Harvell kill on a ball from Hayes halted the Wolfpack’s momentum as the Tigers went on to take the second, 25-19.

The Wolfpack grabbed a 13-7 lead coming out of the break. NC State maintained pace to claim the third, 25-12, ending the set on a 4-0 run to give them a 2-1 lead. Clemson took an early 7-6 lead in the fourth before NC State went on a 4-0 run to take a three-point lead. The Tigers stayed within striking distance, trailing 19-15, before the NC State strung together another 4-0 run to push the match out of reach for the Tigers. NC State went on to claim the set (25-18) and match, 3-1.

Up next, Clemson heads west to Chapel Hill, N.C., to face North Carolina (13-10, 10-5 ACC) Saturday, Nov. 11 at 5 p.m., in Carmichael. Saturday’s contest will air on ACC Network Extra. Live stats for next week’s matches can be accessed on clemsontigers.com.