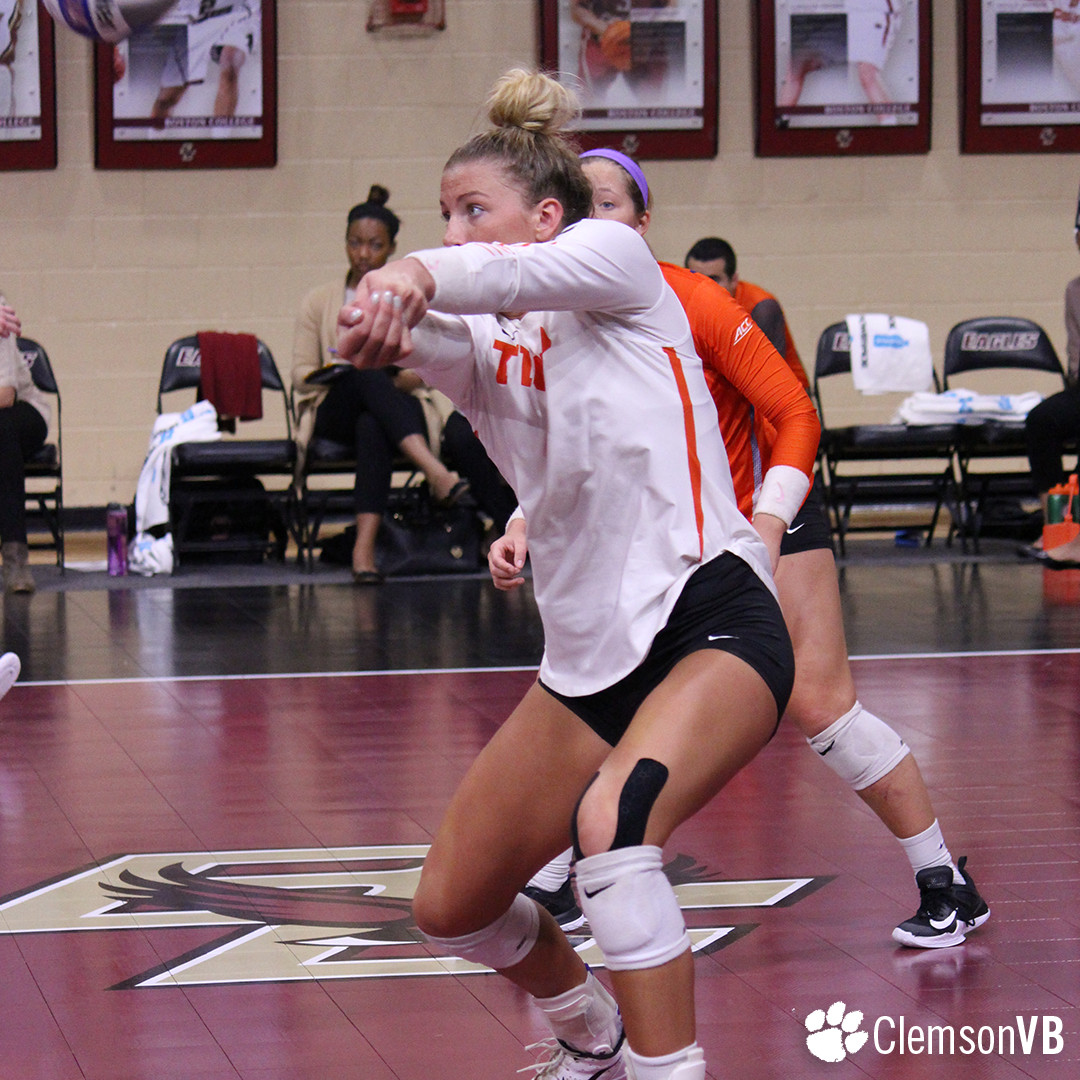 The Tigers claimed the first two points of the match before dropping seven straight points, going down early, 7-2. Clemson clawed its way back, tying the set at 18-18 after rallying three straight points. After back and fourth action, the Tigers knotted the score 24-24 after claiming back-to-back points, prompting the Eagles to burn a timeout. Coming out of the huddle, Boston College won back-to-back points, claiming the first set, 26-24.