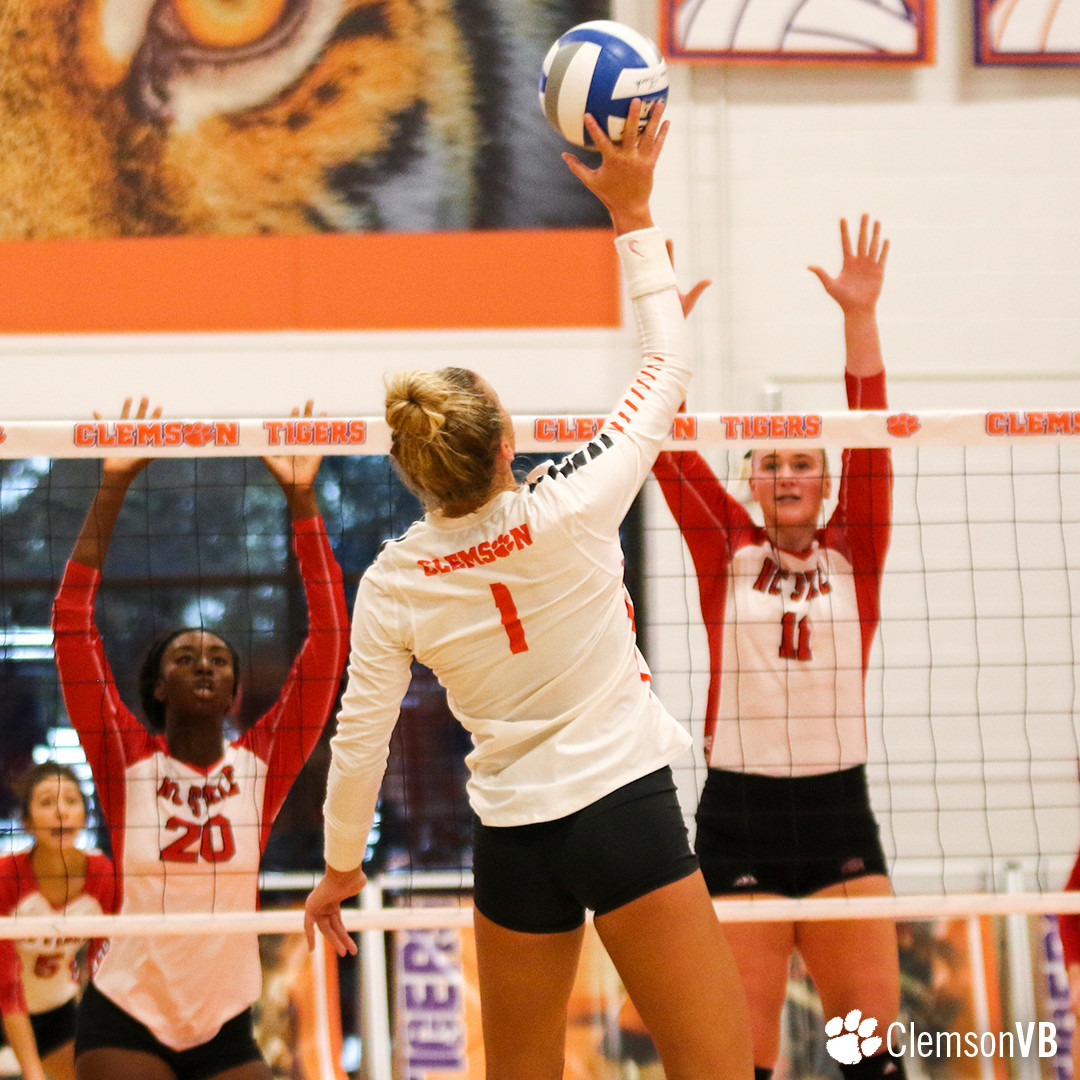 Clemson broke out to an early 8-3 lead in the first, but the Wolfpack clawed their way back, eventually taking a 10-9 lead. The Tigers kept it close throughout the set and tied the match, once again, at 19-19. NC State then sparked a 4-0 run, one in which the Tigers could not recover from, dropping the set 25-21.

The second set was highlighted by seven ties and three leads changes. NC State tied the match at 16-16, midway through the second, initiating a 10-0 Wolfpack run heading into the break.

NC State picked up right where they left off to open the third, breaking out to an early 4-0 lead. The Wolfpack widened their lead, 21-13, late in the third before the Tigers posted four unanswered points to narrow the deficit to 21-17.

With the score at match point, 24-18, Clemson rallied off four straight points that were prompted by a Keely Hays kill. Hays went on to serve for the next three Tiger points before the Wolfpack called timeout. Coming out of the timeout, NC State’s Kaitlyn Kearney attacked a ball that tipped a Tiger blocker and trickled out of bounds, giving Wolfpack the set (25-22) and match. With the win, NC State remains perfect in ACC play (3-0).

Up next, Clemson travels north to take on Syracuse on Friday at 7 p.m., followed by Boston College Sunday at 1 p.m. Sunday’s contest against the Eagles will stream on ACC Network Extra. Live stats for both contests can be accessed at clemsontigers.com.